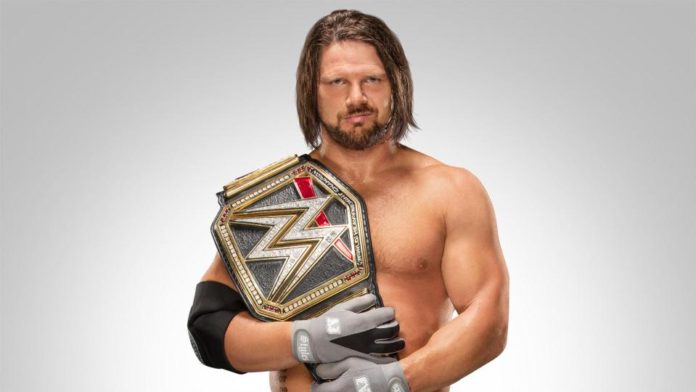 A.J. Styles has been in professional wrestling for a very long time, and today he is widely thought to be one of the biggest names in professional wrestling, period. His face is very recognizable among fans of the WWE. Since the WWE is the biggest wrestling platform in the world and A.J. Styles is such a big name in the WWE, it isn’t much of a stretch to assume that he’s a successful guy. How much money has he been able to make off of professional wrestling? In this article, I’m going to talk about how A.J. Styles was able to rise to prominence in the wrestling world, while also making sure to discuss how much money he has been able to make in his line of work. By the end of this, you should be a lot more informed in terms of what A.J. Styles has been able to accomplish as a WWE superstar. Without further ado, let’s dive right into this one.

How did A.J. Styles Make His Money & Wealth?

A.J Styles, also known as Allen Neal Jones, was born in Jacksonville, North Carolina, in June of 1977. He didn’t have a very nice upbringing, and that’s putting it lightly. He was born in a Marine Corps housing. AJ was also brought up by an abusive father who suffered from alcoholism. Although Styles was born in North Carolina, he didn’t live there forever. He ended up attending Johnson High School, which is located in Gainesville, Georgia. Styles took on wrestling when he was just in high school, and that’s how he was able to obtain a partial wrestling scholarship for a school in Anderson, South Carolina. AJ graduated from high school in 1996 and studied at a college level for a short period of time before he decided to drop out and see if he could actually make a career out of wrestling. 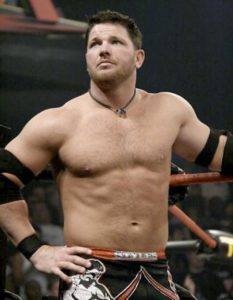 Styles made his official professional debut in 1998 as Mr. Olympia, a masked wrestler. He primarily fought with National Championship wrestling, which was based out of Georgia. As it turns out, AJ’s hunch was right. He seriously proved himself in the ring, and although he was still young, he demonstrated some great ring presence and athleticism that led people to believe that he could go on to even bigger and better things some day. And he did. Styles debuted in Ring of Honor very shortly after the show began, in 2002. He established himself as a major contender right off the bat, and he was quickly performing in main event matches. AJ remained with Ring of Honor for a good period of time, and he acquired a ton of experience, contending for titles, defending titles, and even having some drawn out feuds. While this was going on, Style was also signed by Total Nonstop Action Wrestling. Between 2002 and 2004, he held the title of NWA World Heavyweight Champion with Total Nonstop Action Wrestling.

In 2004, he kept moving on up in Total Nonstop Action Wrestling. Between 2004 and 2007, he had a really good thing going as X Division Champion. During this time period, Styles had a notable rivalry with Christopher Daniels. In 2007, AJ formed a team with Christian Cage. Their team was initially known as Team Cage, but it would later be called Christian’s Coalition. Since Styles was a more well-known figure in the the X Division during this time, he suddenly saw himself at the center of a ton of different storylines, and they only served to boost his popularity. Between 2009 and 2010, Styles held the title of TNA World Heavyweight Champion, which obviously isn’t a title to scoff at. In 2011 his career took another step up when he formed the group Fortune (also known as Fourtune) which consisted of AJ Styles, Desmond Wolfe, Robert Roode, and James Storm. Although Styles had a long and storied career with Total Nonstop Action Wrestling, one that spanned over 10 years, he ended up leaving them in 2013. 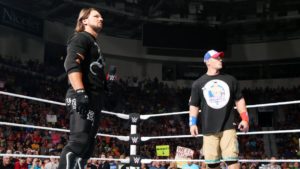 After he left Total Nonstop Action Wrestling, he did a little bit of soul searching. He returned to Ring of Honor for a brief period of time, and he even spent some time in the independent circuit and with New Japan Pro Wrestling. However, Styles took his career to a whole other level in 2016 when he came aboard the WWE. Due to AJ’s lengthy prior career, he was very quickly established as a fan favorite. Compared to other newcomers, his rise was pretty rapid. It wasn’t long before he was contending in major matches and even defeating well-established names. Early on, AJ Styles was a bit of a villain. After defeating John Cena, Styles proclaimed himself the new face of the WWE, and in September of 2016 he was able to defeat Dean Ambrose to become WWE Champion. In February of 2017, he fought in the Elimination Chamber against several other wrestlers before he was bested by Bray Wyatt, who would become the next champion. It’s definitely impressive that, in such a short window of time, AJ Styles was able to become such a strong presence in the WWE.

The most recent title that AJ Styles has been able to hold in United States Champion. He became the number one contender for the title in April of 2017, and he was able to defeat Kevin Owens at Madison Square Gardens in July of 2017 to take home the title. Like I said before, these are pretty big things to be happening to a professional wrestler who has only just entered the WWE. AJ’s rapid success can be chalked up to the extensive experience that he was able to acquire with Total Nonstop Action Wrestling. As far as his reception goes, AJ Styles is remarkably popular among the wrestling community. He’s regarded as being someone who is extremely talented as both an entertainer and an athlete, and there are a lot of people who would argue that he’s one of the greatest wrestlers in the world right now. There’s a reason why AJ Styles is so successful in the WWE, and there’s a reason why he’s so well-received for it: because he’s just that good.

A.J. Styles has been married to the same woman, Wendy, since 2000. The couple have four children together. Their three sons were born in 2005, 2007, and 2009. Their daughter was born in 2014. Styles actually has a large tattoo on his torso that lists the initials and birth dates of all of his kids. Talk about a proud papa!

As an athlete, the salary of AJ Styles is pretty much public information. It has been reported that AJ makes about $500,000 per year with the WWE.

How much does A.J. Styles make per day?

If you use the previously known salary as a starting point, then you can just use some really basic math to calculate the daily income of AJ Styles. In a year consisting of 365 days, AJ Styles makes about $1,350 per day. Considering the troubled childhood that he had, I seriously doubt that AJ is dissatisfied with that kind of money.

AJ Styles has been wrestling for a very long time, and he has acquired a ton of different accomplishments and won plenty of different championships during his career. These championships are spread out all over the world. For instance, Style is a two time IWGP Heavyweight Champion. He won a Pure Championship with Ring of Honor. He is a three time NWA World Heavyweight Champion. He is a 1 time WWE Champion. He is also the current WWE United States Champion. This is only a fraction of what he has been able to get done in professional wrestling over the last decade or so. I think it goes without saying that this guy has what it takes.