Jack Dail Net Worth 2018 – How Wealthy is the Vine Star Now? 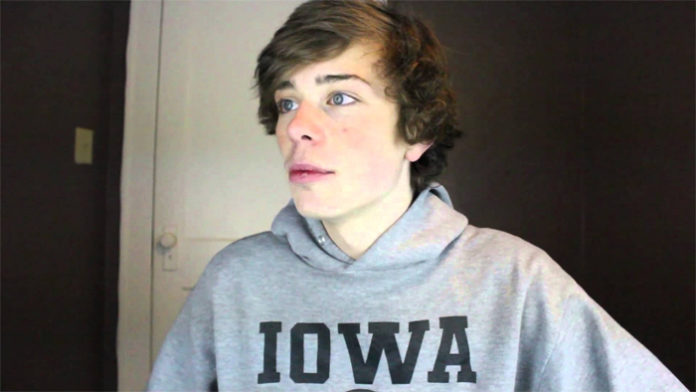 Internet star Jack Dail first gained a following on the popular video-sharing app, Vine as a teen. Born and raised in Illinois, he joined the platform in 2013 when he was still a high school student. With his creativity and good looks, it wasn’t long until he had himself a size-able fan base on Vine. Gradually rising in prominence, he later went on to earn over 1.8 million followers on the app.

After the platform was shut down in early 2017, Dail switched his attention to Youtube, like many other Vine stars. Known for his vlogs and challenge videos, the 18-year-old currently has over 427K subscribers on the site. Aside from that, he’s also attained a decent following on Twitter, and Facebook.

Throughout his career, Dail has collaborated with several social media stars including Ethan Dolan, Grayson Dolan, Ryan Abe, and Payte Parker, to name a few. Now for the big question- how much has he netted from said endeavors? According to sources, Jack Dail currently has a net worth of $175,000. Where did the teen earn this kind of money from? Let’s try to answer this question by looking at his social media career.

How did Jack Dail Make His Money & Wealth? 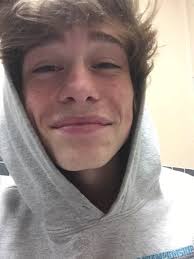 Born on November 11, 1998 in Illinois, Jack Dail grew up in Sterling- a city located in Whiteside County along with his brother, Mason and sister, Kelsey. The son of a school teacher, he was taught by none other than his own mother while he was in high school. As a young teen, he played a variety of sports including lacrosse, basketball and baseball- all activities which he still enjoys to this day. Ultimately, it was during his adolescent years that he first got sucked into the world of social media.

In the fall of 2013, Dail joined Vine- one of the latest fads in social media; his first six second clip was uploaded on November 24, 2013. Blessed with good looks, it wasn’t long until his videos attracted a decent amount of views on the app. As the platform grew in popularity, so did his account- with time, his follower count shot up to the hundreds, and then into the thousands. After achieving a level of fame, the teen began collaborating with other Vine stars such as The Dolan Twins (Ethan and Grayson Dolan) for further exposure.

By the time Vine became defunct in January 2017, Dail had over 1.8 million followers on the app. Although his earnings from the platform have never been revealed to the public, it’s assumed that he earned some decent cash from sponsorships and the like, considering his audience and reach. In fact, it’s not unheard of for social media stars to earn upwards of a few grand for a single endorsement campaign.

Aside from Vine, Dail has another source of income in the form of Youtube. Since he first created his channel in October 2012, the 18-year-old has amassed 427K subscribers and more than 11.7 million lifetime views. Steadily rising in fame on the site as we speak, his most popular video, What is Love? Ft. Dolan Twins & Aaron Carpenter has received over 1.6 million views so far. Some of his other top uploads include Things Girls Do Guys Don’t Like, The Friendzone w/ Dolan Twins & Aaron Carpenter, Mystery Box Challenge with the Dolan Twins, and Frostbite Challenge.

Monetizing his videos through Youtube’s partnership program, he’d earn upwards of ~$5 per 1,000 views (although only 40% is typically monetized). Given that he’s paid at least $2/1,000 views, Dail would have easily earned a few thousand dollars by now- not bad for just making and posting videos.

Since July 2014, Dail’s Youtube channel has been steadily climbing in subscribers; currently, it’s estimated that he gains upwards of 100+ new followers a day. As for video views, the count increases anywhere from 50K to 100K+ on a daily basis. With the growth of his page, it’s only natural for his ad earnings to also go up.

Although it’s not his main focus, the former Vine star has also attended a few public events in the past. For example in 2014, he was one of the individuals chosen to be part of the Dream Big Tour. In 2015, Dail also performed at the Outdoors at the Palladium Event held in Worcester, Massachusetts.

Now that we’ve taken a look at some of his career achievements, let’s revisit our original question- where did Jack Dail earn his money from? From everything that’s been mentioned, it’s obvious that the teen has multiple streams of income, including his (now defunct) Vine account, Youtube Channel, and what he makes from various public appearances. With time, it’s likely that his fortune will continue to grow alongside his career.

No, the 18-year-old web star is not married. In fact from what we can tell, Dail does not have a girlfriend.

Does Jack Dail Have Any Children?

No, Jack Dail does not have any children that we know of.

Did Jack Dail go to College?

No, the social media personality has not made any mentions of attending college- from this, it can only be assumed that he’s been kept busy with his burgeoning online career.

Where Does Jack Dail Live? Pictures of Jack Dail’s House

Originally from Sterling, Illinois, Jack Dail later moved to Wisconsin, where he presumably, still resides today. We do not have any pictures of Jack Dail’s house to share at this time, as he’s never revealed any details on his location.

What Kind of Car Does Jack Dail Drive?

Information on Jack Dail’s Car is currently unavailable at this time.

Jack Dail currently updates his Youtube channel with a new video every Friday.