JC Caylen Net Worth 2018 – How Rich is the Social Media Star Now? 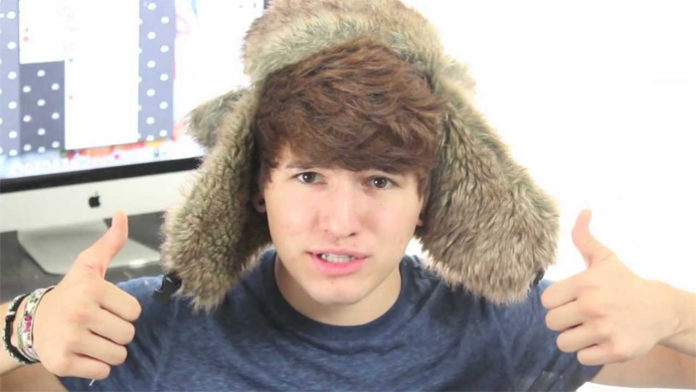 Incredibly popular, especially among girls, social media star JC Caylen has millions of fans across the globe. Hailing from Texas, he had always been extremely fond of making videos- as it happened, he eventually landed in the right career path with the launch of his Youtube channel in 2010. With his good looks and natural comedic talent, it didn’t take long for him to establish a decent following online.

With time, his fan base has only grown; as of 2017, the 24-year-old has amassed over 2.7 million followers on the video-sharing website. Not only that, but he’s also found success on various other platforms including Instagram, Twitter, Facebook, and Snapchat, where he has millions of fans combined.

Since his rise to fame on the web, Caylen has also appeared in several television series and films including Sickhouse (2016), Boo! A Madea Halloween (2016), H8ters (2017), and [email protected] (2016). With all that he has going for him, how much has the social media star banked over the past years? According to various sources, he currently has a net worth of $1.5 million. How many sources of income does the young man have? Let’s take a look.

How did JC Caylen Make His Money & Wealth? 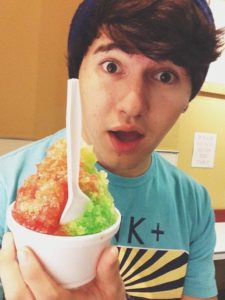 Born on September 11, 1992 in San Antonio, Texas, JC Caylen spent his youth in San Antonio with his mother and three siblings following his parents’ divorce. As a teen, he legally changed his birth name from Justin Caylen Castillo to Justin Cloud Caylen. Ultimately it was around that same time that he fell in love with making videos. After graduating from Sandra Day O’Connor High School in Helotes, Texas, he went to college, during which he worked at a local frozen yoghurt shop.

In the fall of 2010, Caylen created his first Youtube channel, “lifewithjc”. His first stab at the social media game, he quickly took to the site, uploading videos and gradually gaining followers. While his subscriber count steadily increased, it wasn’t until he created the Youtube supergroup, “Our2ndLife” later on, that he first rose to prominence. Teaming up with fellow Youtube stars Trevor Moran, Ricky Dillon, Connor Franta, Sam Pottorff, and his best friend Kian Lawley, the group collaborated with each other on several occasions over the next few years.

Incredibly popular, the crew eventually went on a worldwide tour- during which their fan base exploded. By the time they separated in 2014 to focus on their respective channels, Caylen had close to 2 million followers (compared to the 3K that he had back in 2011). Currently, his main channel has over 2.8 million subscribers and more than 160 million views. Looking at his list of videos, his most popular upload, 4 Guys Get Messy has received close to 10 million views over the past three years. Some of his other top videos include Things Girls Do That Guys Hate, Extreme Girlfriend Tag, Favorite Sex Positions, and Dirty Whisper Challenge.

With the fan base that he has, it’s obvious that he rakes in some good money from his Youtube channel. Typically, Google pays its users a few dollars per 1,000 monetized views; given that he has a total of 160 million views, he would have easily earned at least $100,000 (assuming around 40% of his views are monetized) from his videos. Aside from his “Lifewithjc” account, he also has a couple of secondary channels including “theseDudez” and “JCCaylen”. In the summer of 2014, he also launched a page with his friend Kian, called “KianandJC” which has since amassed over 2.7 million subscribers.

Assuming that he pulls in a similar amount from each Youtube account, it’s easy to see how his wealth came to be over the past few years.

On top of his Youtube career, Caylen has also been involved with television and film. In 2016, the social media star made his official acting debut in the horror thriller, Sickhouse, which starred Sean O’Donnell, Laine Neil, and Andrea Russett. Later that same year, he appeared in Making Moves (2016), and Boo! A Madea Halloween (2016). Speaking of the small screen, he’s also been featured in #O2LForever (2015), Alexis Joy VIP Access (2015), and On the Spot Interviews (2015).

More recently, he also co-starred in the meta comedy, H8ters (2017) alongside best friend Kian Lawley. Not only that, but he also landed a supporting role in the thriller series, [email protected] (2017), starring Katelyn Nacon, Lia Marie Johnson, and Lulu Antariksa.

As far as other sources of income goes, his popularity has also allowed him to go on several tours over the past years. For instance just last year, he hit the road for a worldwide tour called “Don’t Try This at Home” with Kian- highly anticipated by fans, they visited over 25 cities in the United States alone. In the past, Caylen has also toured with his O2L crew.

In June 2016, the touring friends released their co-authored book titled, Kian and JC: Don’t Try This at Home! through HarperCollins.

Let’s sum everything up- aside from his flourishing Youtube career (which obviously brings it a significant amount of cash), Caylen also has his acting and performing career going for him. Considering all that, it’s no wonder he’s a millionaire at the age of just twenty four!

No, the Youtube star is not married. In fact, from what we can tell he is currently single. In the past, he was in a relationship with fellow Youtuber Lia Marie Johnson; after getting together in 2014, they went their separate ways in 2016.

Does JC Caylen Have Any Children?

No, JC Caylen does not have any children that we know of.

Did JC Caylen go to college?

Yes, it’s said that he did go to college after graduating from high school- although the exact institute has not been named.

Where Did JC Caylen Get His Nickname From?

Reportedly, his nickname “JC” stems all the way back to when he was in third grade. Having preferred it to his given name, he has used it ever since.

Some trivia- he legally changed his name from Justin Caylen Castillo to Justin Cloud Caylen- both of which have the abbreviation of “JC”.

Where Does JC Caylen Live? Pictures of JC Caylen’s House

In 2015, Caylen and Kian moved into a new house, which they later shared a video of on their collaborative Youtube channel. You can view the virtual tour by clicking here.

What Kind of Car Does JC Caylen Drive?

We do not have any information on JC Caylen’s vehicle at this time.

In the few years that he’s been involved with social media, JC Caylen has gained millions of followers online- more specifically, he currently has 2.7 million subscribers on his main Youtube channel, 3.7 million followers on Instagram and 4.6 million on Twitter.