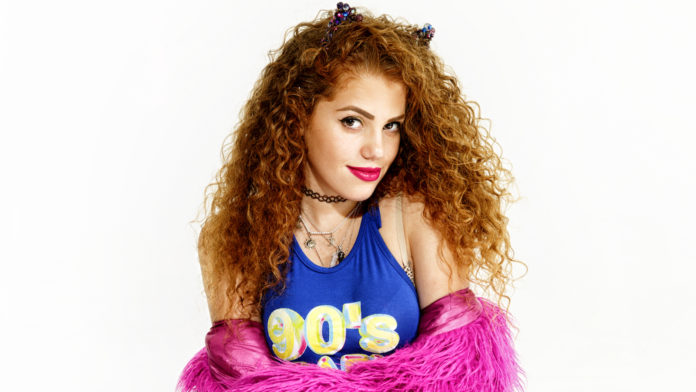 Mahogany Lox is a gifted celeb with a truly incredible musical background. A member of the talented Gordy family, she’s a real rising star in the ‘young Hollywood’ scene and it’s not hard to see why. Is it really possible to build both stardom and wealth by catching the wave of YouTube, Instagram, and Vine? Mahogany knows, and she’s telling!

How Did Mahogany Lox Make Her Money & Wealth? 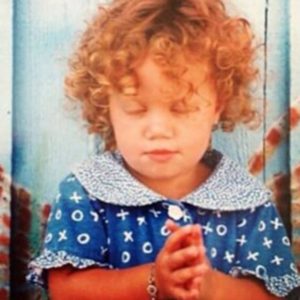 Born October 5, 1994 in Michigan, Mahogany Cheyenne Gordy was named after the film Mahogany, directed by her grandfather, Barry Gordy. A new member of the Gordy family, she showed an early love for singing and performing. Mahogany began her career at the tender age of 20, bursting into Vine stardom in 2014 as her songs captured the attention of millions of fans before she had even produced her first official single. A DJ for Magcon, she credited her family with inspiring her to take her talents into the big time. Twitter, Vine, YouTube, Instagram; her fans couldn’t click ‘Follow’ fast enough! It was clear that her fun-loving style and easy-going manner with fans was going to take her to the top.

2015 was Mahogany’s defining year as she went on tour, playing in 22 US cities with girl band Fifth Harmony as part of the Reflection tour. She then dropped her first single, ‘Boom’, which became an instant smash hit, first on PopCrush and then on YouTube, racking up an impressive 1.3 million views. Mahogany’s brother, the rapper Sky Blu of LMFAO, produced ‘Boom’ and it was clear this was only the start for this amazing up-and-comer, named the 2015 Queen of Young Hollywood by PopCrush (with King Harry Styles!). Since then, her fame has exploded. With 1.4 million followers on Twitter, 1.6 million followers on Instagram and a half-million subscribers on YouTube, Mahogany is branching out into fashion and design and shows no sign of slowing down. 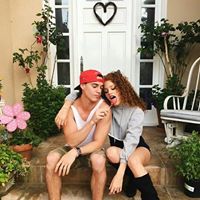 Though not married, Mahogany is far from single (sorry guys!). She’s been dating model and actor Carlos Esparza since 2016 when they met on the set of his television series ‘World’s End’.  Is it serious? Will there be a ring? Only time will tell but their fans are already spreading rumors that the couple intend to spend their lives together.

What annoys Mahogany the most?

For someone with such a bright, positive attitude, one thing really annoys Mahogany, and that’s only fake accounts. Something that’s become unfortunately more common and more obnoxious as social media blossoms, a part of celeb life is now dealing with accounts that rack up followers claiming to be them. From Twitter to Snapchat, Mahogany has had to deal with her share of impostors and has publicly admitted that it’s really getting on her nerves lately.

Mahogany’s natural hair is straight and deep brown but at age 14 she decided it just wasn’t her style! Ever since, it’s been a cascade of fantastic curls in a range of shades and highlights. When asked about it, Mahogany told her fans, “Be you, because being you is being beautiful.”

What’s with Mahogany and cat ears? 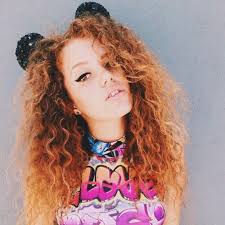 It’s no secret that Mahogany just absolutely adores cat ears and who could blame her? What selfie hasn’t been made %150 cuter and sassier with a pair of cat ears? She’s worn cat ear headbands and super-sweet cat ear caps in photos and videos, to the point that it’s become a signature look for her. Has Mahogany gone full harajuku? Definitely not but there’s no harm kicking the ducklips in favor of cat ears and they’re available in her online store!

What does Mahogany do with her wealth?

With an estimated net worth of $5 million, what does Mahogany do with it all? She doesn’t waste it. Indeed, while many online celebs are all about splashing money around and making it rain with excess, Mahogany doesn’t go in for that culture. Shopping, touring, or vacationing, she’s got her feet firmly on the ground even if her head’s in the stars (or partying with them!). Coming from a family well versed in the music industry and business aspects of the scene, it’s no surprise Mahogany isn’t wasting her wealth.

What’s next for Mahogany Lox? She recently let slip on Instagram that she’s working on new videos for YouTube, promising fans some surprises and asking what they’d like to see next. Still touring and creating, keep on the lookout for new style and new content from Mahogany. A star shining this bright can only get bigger and her fame and net worth are sure to explode in 2017.