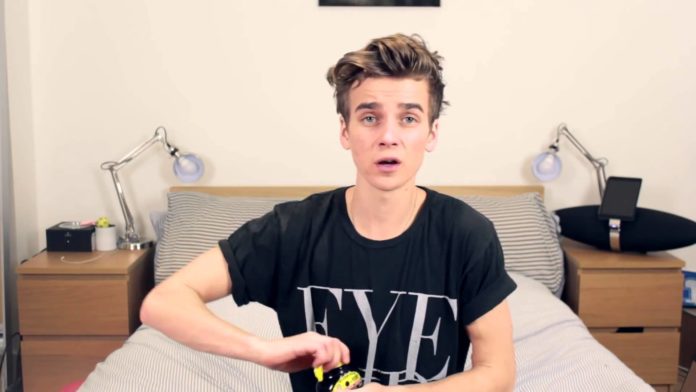 YouTube personalities fascinate me. They are closer to heir fans than any form of celebrity that has ever existed. Each of the bigger ones get their own little “mania” style fan base. Joe Sugg is little different, though I would argue that his avenue for success is at least somewhat unique in the world of popular vloggers. He is the brother of the slightly more famous Zoella, and got his first taste of fame through her videos. This grew over time, prompting him to set up his own channels, hitting that 1 million subscribers mark in 2013, two years after setting up the main channel. Since then he has created two further YouTube channels and began expanding into other media, including film, television and print.

Let’s take a brief look at how he got to where he is today, how much he is worth, and where he makes the majority of his money. YouTubers tend to have some pretty varied revenue streams, and trying to disentangle them all takes a little time.

How Did Joe Sugg Make His Money & Wealth? 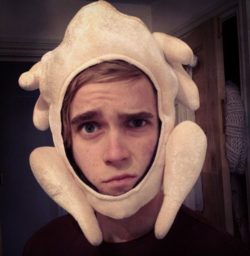 Joe Sugg, who may or not be better known as ThatcherJoe, depending on how big a fan you are, was born on September 8th 1991 in Wiltshire England. He is the younger brother of Zoella, another famous YouTuber. He fist appeared in his sisters videos, gained a bit of a following, and soon expanded into his own work. He hit the demographic running, earning that coveted 1 million subs within two years. He has expanded from his original ThatcherJoe channel into two others, one focused on gaming and another focused on Vlogs. Considering his core fanbase is made up of younger girls it is no surprise that his gaming channel is the least lucrative.

Much of his early success can be attributed to his sister, with Joe appearing infrequently in her videos. I am not here to talk about the why of his popularity, but it seems to me that it is mostly due to his level of attractiveness. It’s fascinating to me, I mean, of course there is a market for young attractive guys doing random stuff, much like how there has always been a catered to market for the reverse. It is only through YouTube that that section of the market has the content they crave.

Joe makes most of his money via YouTube ad revenue, but has recently began branching out into other areas. A look down the figure tells us that in order to make any kind of living off of YouTube you need quantity far more than quality. It explains the expansion of channels, the gaming and Vlog ones. His core channel is estimated to pull in $1500 per day, though the reality is likely far less than this. It really depends on the number of fans using ad blockers. The $2 million figure on his net worth sounds about right to me.

He has also started acting, lending his voice to a character in the UK version of The SpongeBob Movie: Sponge Out of Water, and appearing as himself in the direct to DVD Joe and Caspar Hit the Road. Joe claims to not be much of a singer, but he is part of a YouTube based boy band, called YouTube Boyband. Many of the releases by the band have been for charity primarily. From 2015 Joe Sugg has been credited as the mind behind the Username series of comic books. I have been trying to find out his role in the creation of the series, seen as he is not the artist, inker or writer. Also in 2015 he was awarded a Radio 1 Teen Choice Awards, for Best British Vlogger.

It is likely in the future we will see more videos across all channels from Joe. His comic book series is selling very well, and there is a new volume due out by the end of the year. Although he has claimed to not be much of a musician, I still expect to see a new release at some point. It is likely that he will continue to move into acting, as many successful YouTubers have made that transition in the past.

He is not married. He has been romantically linked to a number of other YouTube stars, but so far as I can tell he is now single.

Where is Joe Sugg from?

Joe Sugg is from Wiltshire in England. Specifically Lacock, a village well known for being picturesque. Many shows have been shot there, and Joe even appeared in the background of a scene in the period drama Cranford. The area is well worth a visit for the scenery alone, a much better choice than seeing Stonehenge, which is less than an hours drive from the village.

Where does Joe Sugg live?


Until recently Joe Sugg lived with fellow YouTuber Casper Lee. Joe moved into his own place not far from Casper, and the two remain good friends. There as been no reason given for the change in living arrangements and I have been unable to find the apartment block he is living in.

Why is his Channel called ThatcherJoe?

Joe Sugg was training with his uncle to be a roof thatcher before he hit big on YouTube. It might not sound like a big market, and it certainly isn’t a growing one, but out in the sticks of England it’s a real money spinner. It is unlikely that he will have to go back to the profession any time soon, but he has gone on record saying that he would happily return to it should he lose all his fans.

What part of the Username series is Joe Sugg responsible for?

This is an interesting question from my perspective. I honestly don’t really know. he claims he mapped out the story of the comic, and told the writer, artist and inker what to do going forward. The comic was a success, sold very well, and I believe that having Joe Sugg’s name attached to the project was a big part of that.