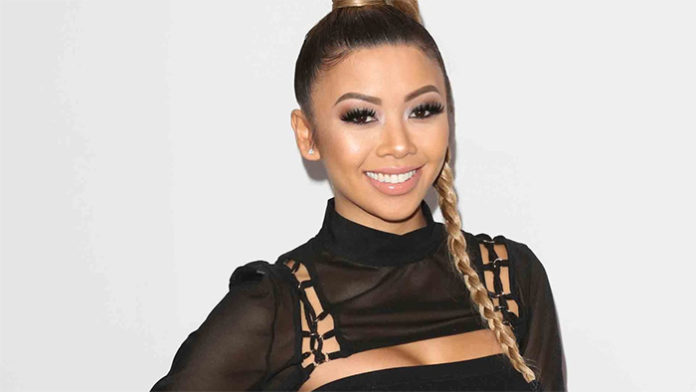 The epitome of a versatile star, Liane V first gained a following on Vine in 2013. Hailing from San Jose, she successfully amassed over 4.6 million followers throughout her Vine career. Known for her elegance and style, she has since branched out to other platforms including Instagram, Youtube, and Facebook, where she’s also developed a dedicated fanbase.

Aside from her social media career, Liane V has also proved herself to be a talented singer. In 2010, she released her debut single titled, No More through iTunes, which received many praises from fans. Since then, the R&B/pop artist has also come out with several other tracks, including Losing Track, No Cuffs, No More, Curious, and Creep, to name a few.

As if that wasn’t impressive enough, she’s also hosted the red carpet events for American Idol, X-Factor, and the Voice. How much has the 30-year-old star earned from her various endeavours? According to various sources, Liane V currently has an estimated net worth of $1 million. How many money-making projects does she have? Let’s find out.

How did Liane V Make Her Money & Wealth? 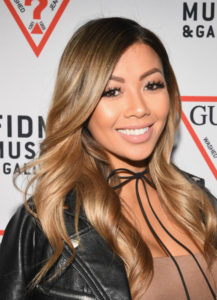 Born on August 22, 1986, Liane V (Birth Name: Liane Valenzuela) has been fond of music ever since she was a young girl; growing up, she was both in band and choir. Due to the fact that her parents owned a DJ company, she frequently sang karaoke with her family. Especially close with her father, the two often performed cover songs together during her teen years.

As a teen, Liane immersed herself in sports; not only did she compete in gymnastics, but she was also involved with basketball and cheerleading. Still, her number one passion had always been music. In 2013, an opportunity presented itself in the form of the video-sharing app, Vine. Jumping on the bandwagon, she created herself an account and began posting away.

From there, her short comedic skits quickly earned her a massive audience on the platform. As she continued to post new content- many of which featured her father- onto her Vine account, her follower count steadily increased. Before long, she was collaborating with the likes of King Bach and Alex Lee. If anything, these collaborations only further boosted her presence on Vine.

By the time Vine closed, Liane had over 4.6 million followers, making her one of the most popular female stars on the app. Looking back, she ultimately has Vine to thank for her start in social media.

Besides Vine, she has also established herself on Youtube, where she has over 264K subscribers. Since she first created her channel in 2008, she has racked up more than 8 million views. Not only does she upload vlogs on a regular basis, but she also posts tutorials, skits, dance videos, and more. To date, Liane’s most popular video, the official MV for her song, No Cuffs has received over 1.8 million hits.

Some of her other top uploads include No Mirror Makeup Challenge, Counting Down Official Music Video, Dance Skit Compilation, Smell it Challenge, and Dance Vine Compilation 2013-2015. As a content creator, Liane is able to monetize her content through Youtube’s partnership program. By choosing to display ads, she earns a small amount (typically $2 to $5) per 1,000 monetized views.

Assuming that 40% of her total view count is monetized, and that she earns at least $2 per 1,000 views, Liane would have made a few thousand dollars so far, from her Youtube channel. Obviously, as her account grows, so will her ad earnings. Speaking of growth, her subscriber count has been increasing steadily since late 2015. According to Socialblade, her channel currently goes up anywhere from 30 to 100 subscribers a day.

From January 2016 to January 2017, her following increased from 536K to over 3.4 million- that’s a huge leap! As of July 2017, Liane posts new a video to her channel every Tuesday and Friday. At the rate that she’s going, it wouldn’t be surprising if she were to surpass the 1 million subscriber mark sometime in the near future.

But her social media career doesn’t stop there- on Instagram, the verified user also has over 4.2 million followers. A popular influencer, her photos easily garner over 100K likes- her videos, even more. What else comes with her level of fame? Endorsements. By teaming up with brands, a celebrity such as herself can earn upwards of a few thousand dollars per campaign. Obviously, this can easily stack up.

On top of her online endeavours, Liane has also been pursuing one of her greatest passion- music. In 2010, she released her debut single titled, No More via iTunes. While it received positive praises from fans, it wasn’t until later on that she started to rise in prominence as a recording artist.

Following her initial release, Liane dropped her second single, Stupid on May 3, 2011. From there, she was featured in Dusto the Architect’s rap title, If I Could, alongside Excel Beats and Ishmael Herring. Speaking of collaborative works, she later teamed up with Jessica Lesaca for the song, Property, which was produced by Andrew Balogh.

A successful release, Liane eventually starred in the official music video, which has since been viewed over 1.3 million times on Youtube. If anything, the single only further boosted her popularity as a singer.

A few years later, she returned to the music scene with her debut EP, The Liane V Experience: Lessons in Love in 2015. Produced by The MIDI Mafia, it contained 10 tracks- a blend of ballads and heavy jams- including No Holding Back, Down’ Too Much (Feat. T-Wayne), Strong, Straight Up, and Reasons, among a few others.

The following summer, she released the single titled, No Cuffs via Add Up Entertainment. Her most popular song to date, it has since racked up more than 1.8 million hits on her Youtube Channel. From there, the breakthrough hit was followed by the release of her second extended play (of the same name), No Cuffs.

Made available on September 2, 2016, the EP boasted five songs including Losing Track, Curious, Wild Side, Moon, and No Cuffs. Since the project was first uploaded onto Soundcloud, it has been streamed thousands of times, the most popular being that of Curious (71.1K streams).

More recently, Liane dropped the single, Creep in 2016. Accompanied by a 360 degree music video, the song has received close to 27K plays on Soundcloud as of July 2017.

In the past, Liane has also put on several concert shows across the US. For instance in 2015, she went on a mini tour where she performed 16 dates from Los Angeles, California to Chicago, Illinois. More recently this June, she also entertained crowds at the Cox Convention Centre in Oklahoma City.

As far as other ventures go, Liane has a fitness video called Workout with Liane V, which has been downloaded over 20,000 times. Speaking of fitness, she has also created a digital booklet titled, Lovely Liane V Meal Plan & Health Guides for those who’d like to start following a healthy diet.

At one point in 2015, Liane even launched her own clothing line called, LoveLianeV. Unfortunately, it seems that the brand has since shut down.

On television, she has hosted a number of high-profile events including that of American Idol, The Voice, and X Factor. In 2014, Liane was also invited as a guest onto the TV talk show, TakePart Live.

Currently it is estimated that Liane V has a net worth of $1 million. So, let’s go back to our original question- where did the 30-year-old star earn her money from? From everything that we’ve said above, it would appear that she made most of her current fortune from social media- more specifically from Vine, Instagram, and Youtube. Second to that, her music career presumably also yields her a decent amount.

Seeing as how she’s still getting started, it’s probably not too far fetched to say that her net worth will continue to rise over the next years- given that she carries on with what she is currently doing. Who knows? Maybe we’ll be seeing her face on television or film some day!

No, the Filipino star is not married. Having said that, she has been in a relationship with American actor, Don Benjamin since 2015. According to a recent interview, the two had been friends for three years prior to dating. Although they never planned on having a relationship, things just led to that as they started to spent more time together.

In the past, Liane dated Vine star, King Bach; they were featured in numerous videos together in the early 2010’s.

Does Liane V Have Any Children?

No, Liane V does not have any children that we know of.

Did Liane V Go to College?

Unfortunately, not much is known about her education history. From what we can tell however, Liane V did not go to college.

Where does Liane V Live? Pictures of Liane V’s House

Originally from San Jose, Liane V has since relocated to Los Angeles for greater career opportunities. Unfortunately, that’s about all we have on her location, as she’s never revealed any details about her home to the public.

We do not have any pictures of Liane V’s house to share at this time.

What Kind of Car Does Liane V Drive?

Since she first rose to fame on Vine, Liane V has proved herself to be a multi-talented entertainer on several platforms including Musical.ly, Facebook, Instagram, and Youtube. Currently, she has over 10 million fans worldwide across all of her social media accounts.

Not only has she proved herself to be a talented comedian online, but she’s also made a name for herself as a singer in the recent years. In September 2015, Liane dropped her long awaited debut R&B EP, Lesson in Love. Some of her most popular hits include No More, Creep, and No Cuffs.

How Much Did Liane V Make Last Year?

As far as her music career goes, her most recent single, Creep was dropped on October 27, 2016. According to her Youtube, she’s been back at the studio since, presumably working on her next titles. Speaking of which, a music video for her hit song, Curious was also posted onto her channel on May 15, 2017.

In terms of public appearances, Liane was spotted at the 2017 Pre-Grammy Red Carpet Event and at the 2017 Influence Asia Awards earlier this year.