Ezequiel Lavezzi Net Worth 2018 – How Rich is the Soccer Star Today? 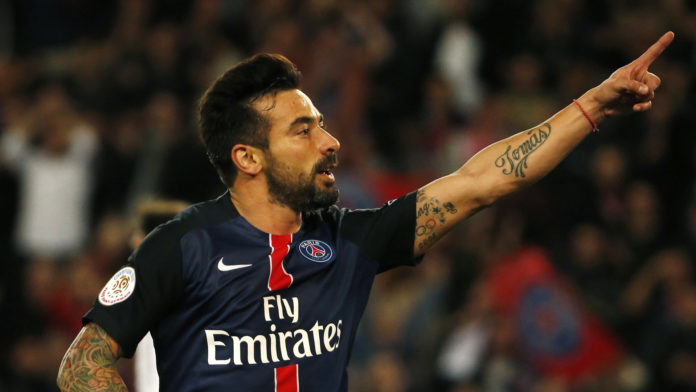 Soccer star Ezequiel Lavezzi is making bank these days. A smart move last year to Chinese side Hebei China Fortune is set to make this man an awful lot of money. Soccer players make their cash in a wide variety of ways, but only the best players make most of their income via their contract with the clubs. Hebei is a recently promoted club, owned and operated by a huge property trading firm in China. The club is not making much money, and I cannot wait to talk about the details of that, but the financial backers are spending all kinds of dough on a fleet of top international talent to augment their home grown squad. Ezequiel Lavezzi started out in Argentinian soccer before moving to the far more lucrative European soccer scene, playing forward for big name teams in Italy and France.

I like doing these kinds of articles on soccer players, their income tends to be news, and the their revenue sources are more freely available. Ezequiel Lavezzi is doubly interesting, due to the move out east and the huge sums of money involved. It reminds me of the situation in the UK, where Russian Oligarchs started backing middling clubs.

How Did Ezequiel Lavezzi Make His Money & Wealth?

Lavezzi was born in Argentina in 1985. He played soccer from a young age, displaying a remarkable natural gift for the game. He pursued a career in the sport, playing with the Estudiantes de Buenos Aires youth side in 2003. He was there for only a year before being bought by the Italian side Genoa for $1.3 million. He did not play for the squad ever, as Genoa loaned him to a local Argentinian team, San Lorenzo FC. While the plan at the time was to have him only spend a year with San Lorenzo Genoa was hit with a max fixing scandal, which left them relegated to the lowest division in Italian Soccer. The loss of sponsors and income forced Genoa to sell Lavezzi for $1.4 Million. He stayed with Lorenzo for three years, before finally being bought by an Italian side in 2007, Napoli, on a five year contract.

He made a name for himself as a powerful forward/left winger with the side, becoming a regular goal scorer and fan favorite. When his five years were up he was bought by Paris Saint Germaine, for an estimated $28 million. The French team is consider one of the best in the country, and Lavezzi’s impact on the season between 2012 and 2016 were felt. In 2016 he signed a two year deal with Chinese team Hebei China Fortune, a team newly promoted to the top league in China, with him reportedly earning $12 million per year.

Lavezzi has also had an impressive international career, playing on the Argentina first team squad for several tournaments, including a Copa America Centenario and a couple of World Cups. While there hasn’t been much gold in any of Lavezzi’s international playing, he has consistently played excellently, bringing his trade mark flair, and synergizing with Messi well.

The primary income source for top name soccer players is their weekly wage. I love that they are still given a weekly take home on paper. It’s a bit of a call back to the days when soccer players were working class-ish, but it has become hilarious when you start seeing hundreds of thousands of dollars on the payslip. When he was with PSG he was pulling in $400,000 per week, and that deosn’t include the bonus clauses. On a good week, with a few goals and assists, that figure could run even higher.

With the move to Hebei well finalized by this point Lavezzi is looking at a two year deal worth more than $23.5 million. What I find interesting about that figure is the fact that the team that is paying that is only pulling in $20 million a year themselves. Granted, the team was only recently promoted, and the recent purchase by China Fortune Land Development, has given them a lot of money to throw around. I would not be surprised if China started producing some of the worlds finest soccer in the coming years.

When we consider endorsement deals, and the ever important social media integration, it is not hard to see where all this cash is coming from. As of right now Ezequiel Lavezzi is the world’s highest paid soccer player, when we go by team payments alone. Moving forward I expect to see a fair number of Chinese endorsement deals going his way, especially if he can continue to be a force to be reckoned with within Chinese soccer.

So far as I can find out no. He is romantically linked to Yanina Screpante, and a few other women.

Does Ezequiel Lavezzi have any children?

He has a son from a previous relationship called Tomas. Under current arrangements he can only live with his father three times a year, but they see each other often , as Lavezzi goes back home often to train with the Argentina national side.

Where is Ezequiel Lavezzi from?

What is the deal with Ezequiel Lavezzi’s racism? 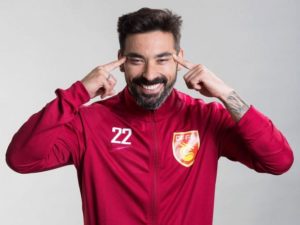 During a photo shoot for his new team, Hebei, the photographer snapped a picture of Lavezzi pulling back the corner of his eyes. The shot was not candid, it was a posed shot. The inference is that he was making fun of the natural shape of his team mates eyes. Within the locker room the move is not likely to be taken seriously, I am quite sure that he receives much ribbing for being from Argentina, but when you are presenting the action to the world sans context it becomes a bit of an issue. He has since apologized for his  actions.

Where can I watch Ezequiel Lavezzi?

There are a number of websites that stream international soccer games direct to your computer. The market isn’t that big in the west, so you are unlikely to see it on the big name stations. A quick google search brought me to a number of sites that offer the games both live and pre recorded. If you follow players rather than clubs it is very handy.

So far as I can find out he is not. For some reason his Wikipedia page claims that he is openly gay, but beyond being considered a gay icon in European football the man is heterosexual. I even had my partner translate some french articles on the topic to confirm that.