Liza Koshy Net Worth 2018 – How Wealthy is the Social Media Star Now? 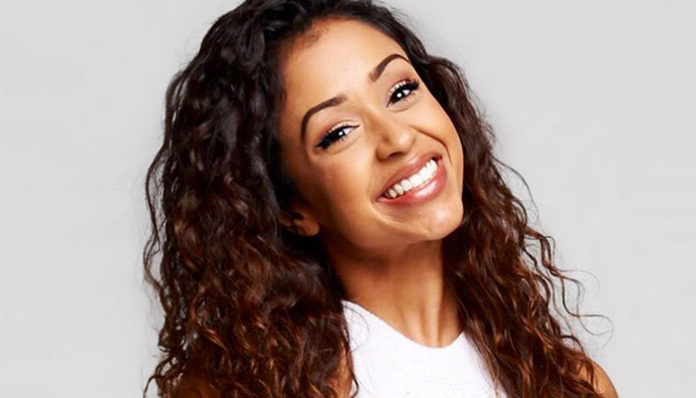 A rising star, Liza Koshy initially established herself on Vine, where she had over 5 million followers. Hailing from Texas, she first joined the app during her teen years in high school after being told to do so by her friends. Who knew at that point that one day she would become a world famous celebrity on social media? Since then, the twenty something year old has branched out to several other platforms including Instagram, Youtube, and Twitter.

On Youtube alone, the brunette has well over 10 million subscribers (a number that is still on the rise as we speak). A talented comedian, she later made her acting debut in an episode of the comedy series, Betch (2016). Recently, Koshy has also appeared in the shows, Freakish (2016), and Escape the Night (2017).

At just 21 years old age, Koshy has millions of fans all over the world (as evident by her social media accounts). Considering how her popularity has exploded over the last two years, one has to wonder- how much has she earned from her endeavours so far? According to sources, she currently has an estimated net worth of $1.5 million.

What are her different money-making tactics? How did her fortune come to be? Let’s find out by taking a deeper look at her career.

How did Liza Koshy Make Her Money & Wealth? 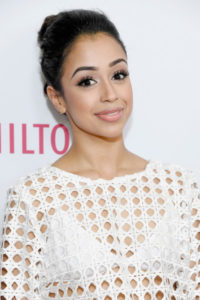 Born on March 31, 1996, in Texas, Liza Koshy (Real Name: Elizabeth Koshy) and her two sisters grew up in the city of Houston. Of Indian and Caucasian descent, her parents have always been particular about her education. Unfortunately, not much is known about the brunette’s early life, as her childhood is rarely brought up in conversation. Ultimately, it was during her mid teens that she hopped on the social media bandwagon.

When she was seventeen, Koshy decided to join Vine after being invited to do so by her school friends. Although she initially made videos just for fun- whether it’s in the car or at home- her Vines soon began to garner more attention than she had ever imagined. Within a few month’s time, her six second clips were receiving thousands of views each. As her presence on the platform grew, she began to realize its potential.

After realizing that people were into her funny videos, she put her goofy humour to good use and began uploading more frequently. As she did, her following continued to climb; before long, Koshy had reached over one million followers. While she’s known for sharing different aspects of her life, she tends to keep her family out of the picture as she sees it as “an invasion of their privacy”.

Throughout her Vine career, Koshy has collaborated with many other stars including Alex Holtti, Jake Paul, Crawford Collins, Tasia Alexis, and Boris Laursen. At one point, they all worked together on the videos, How Guys Check Out Girls and How Girls Check Our Guys, which went on to receive thousands of loops each. By the time Vine closed, the teen had 5 million fans on the app.

Considering how popular she was on Vine, it’s only natural that she would have earned a decent amount from the platform- via sponsorship and endorsement deals. Allegedly, its not uncommon for web celebrities such as herself to be paid upwards of a few grand for a single campaign.

Similarly on Instagram, Koshy is able to earn some extra income from teaming up with brands on the photo/video sharing app. A social media influencer, the 21-year-old currently has over 2.7 million followers on Instagram. On average, it’s not uncommon for her posts to to receive upwards of 700K+ likes (her videos more-so than her pictures).

Perhaps even more impressive is the audience that she’s attained on Youtube. Since she first created her channel in 2013, Koshy has surpassed the 10 million subscriber mark, with over 971 million lifetime view. Not only does she upload comedic skits on to her page, but she also posts parodies, and Q&A’s, all of which are well received by fans.

Currently, her top video of all time, Doing This Again. Dollar Store with Liza Part 2! has received more than 27 million views. Some of her other popular hits include Get Money!! Dollar Store with Pizza, The World’s Best Beauty Hacks, I Eat Glue! Back to School DIY Parody, and Stealing Food?! Grocery Shopping with Lizzza; combined, they have been viewed over 83 million times.

How much does she make from said channel? Given that she’s a Youtube partner, and that she displays ads on her videos, she’s presumably paid upwards of $5 per 1,000 views. With that said, only a portion of one’s total views can be monetized- typically around 40%. Seeing as how she has over 971 million lifetime views, that would work out to be at least $750,000 in passive earnings. Obviously, this figure would increase as her account continues to grow with time.

One of the most popular female personalities on Youtube, her channel grows anywhere by 18,000 to 25,000+ new subscribers a day, according to Socialblade. Since the beginning of 2016, her follower count has been increasing exponentially; Within a year, from January 2016 till January 2017, it has gone up from 385K to 6.4 million! According to the same site, Koshy yields a few tens of thousands of dollars from her Youtube account every month.

Aside from her online endeavours, Koshy has also recently branched out to acting. In 2016, the comedian made her small screen debut in an episode of the sketch comedy, Betch, which starred Audrey Whitby, Monica Sherer, and Madeline Whitby.

From there, the 21-year-old landed a lead role in the Hulu horror series, Freakish (2016). Created by Beth Szymkowski, it centred around a group of high school students who find themselves trapped inside their school after a chemical plant explodes nearby. One of the main female leads, the cast also featured a few other high-profile social media stars including Aislinn Paul, and Hayes Grier.

Premiered on October 10, 2016, Freakish received mostly positive reviews upon its release. Recently this May, the show was renewed for a second season.

Then, later that year, Koshy made her movie debut in the comedy film, FML (2016) alongside Andrew Daly, and Busy Philips. Relatively successful, it revolved around a pair of internet stars who decide to go on a cross-country road trip across the country. Shortly afterwards, the web star-turned-actress appeared in the horror comedy title, Boo! A Madea Halloween (2016).

That same year, Koshy also helped to produce the Youtube Red series, Jingle Ballin’, which she also starred in (alongside Chris Kattan, David Alan Grier, and Patrick Hume). A comedy, the plot centred around her character, as she decides to invite the internet for a house party.

Most recently, she joined the main cast of the second season of the Youtube Red web-series, Escape the Night (2017), which was released in June 2017. Outside of acting, Koshy has also appeared on television in the talk shows, Young Hollywood (2016), and (2017).

As far as other endeavours go, she once entertained crowds at the House of Blues Sunset Strip in West Hollywood, California in 2014.

For fans who’d like to support the star, Koshy and her boyfriend David Dobrik are currently selling some “Clickbait” merchandise from phone cases, to t-shirts.

Now, let’s go back to our original question- where did Liza Koshy earn the bulk of her existing fortune from? From everything that’s been said above, it’s clear that social media is a major source of income for the twenty something year old star- in particular, her Youtube channel. Besides that however, she has several other things going for her, the most noteworthy being that of her acting career; it’s obvious that she presence has grown on television and film over the past couple of years.

Currently, the 21-year-old celeb has an estimated net worth of $1.5 million. Considering how successful she is, this figure is almost guaranteed to increase in the near future.

While Koshy isn’t married, she’s been in a relationship with fellow Youtube star David Dobrik, since 2015. It’s unknown whether or not she’s dated anyone in the past.

Does Liza Koshy Have Any Children?

No, Liza Koshy does not have any children that we know of.

Did Liza Koshy Go to College?

Yes, she did. After graduating from high school, Koshy went to study Business Marketing at a local college in the fall of 2014. According to the star, her parents have always been strict about her having to attain a good education.

The 21-year-old often goes by “Liza”, a moniker derived from her given name, Elizabeth. On Youtube, she also goes by the nick name, “Lizzza”.

Where Does Liza Koshy Live? Pictures of Liza Koshy’s House

Originally from Texas, Liza Koshy currently resides in Los Angeles, California with her boyfriend, David Dobrik. Recently last month, they moved into a new house- which they’ve since showed off on Youtube. To watch the video of their virtual tour, click here.

We do not have any pictures of Liza Koshy’s house to share at this time.

What Kind of Car Does Liza Koshy Drive?

We do not have any information on Liza Koshy’s vehicle at this time. Having said that, she is often seen in her boyfriend’s white Tesla.

Since she first joined Vine in 2013, Liza Koshy’s following has grown to be well in the millions. Currently she has over 10 million subscribers on Youtube, 13 million fans on Instagram, 8 million followers on musical.ly.

In 2016, she was given the Breakout Creator title at the Streamy Awards.

How Much Did Liza Koshy Earn Last Year?

As mentioned earlier, Koshy recently starred in, Escape the Night (2017), a murder mystery web-series on Youtube Red. Playing as “The Explorer”, she ultimately made it to the fifth episode before being “eliminated”.

In January 2017, the comedian also made an appearance in a parody video of Bing Bong – Closer by The Chainsmokers & Halsey, created by Youtubers Elijah Daniel and Christine Sydelko. On Youtube, it has since been viewed over 2.4 million times.

Currently, she uploads a new video to her Youtube every Wednesday.