Nate Garner Net Worth 2018 – How Wealthy is the Social Media Star Now? 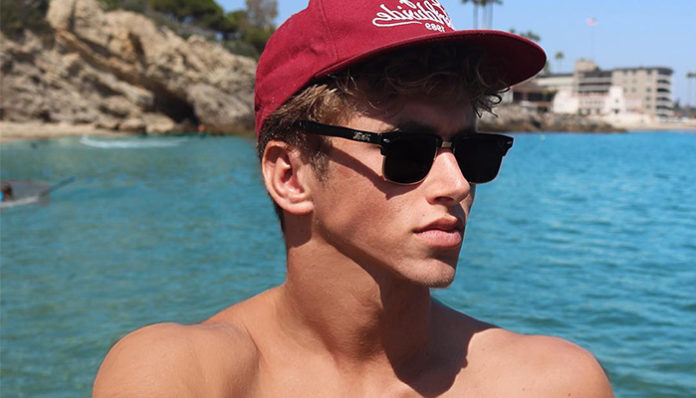 Known for his stunning good looks, Nate Garner first rose to fame on Vine in his late teens. Born and raised in California, he joined the social media phenomenon in 2014, during his last year in high school. By early 2017, he had over 581K followers and more than 220 million loops on the video-sharing site.

Since the shut down of Vine in January 2017, Nate has turned his attention to other popular social media platforms including Instagram, Youtube, and Twitter. As of July 2017, he has well over 4 million fans across his different online accounts. Shortly after rising to fame on the internet, he was signed by the Los Angeles-based modelling agency, Wilhelimina Models; he has since enjoyed a successful career posing for the cameras.

Currently, it is estimated that Nate Garner has a net worth of $300,000- pretty quite impressive for a 20-year-old. What are his biggest money-makers? How many streams of income does the former Vine star have? To find out, let’s dive a little deeper into his life and career.

How did Nate Garner Make His Money & Wealth? 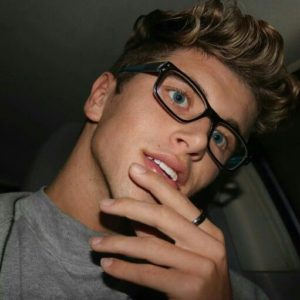 Born on December 22, 1996, in California, Nate Garner has two siblings- a sister named Bella and a brother named Benji (both have been featured on his Vine in the past). Like many web celebrities, not much is known about his childhood. From what we can gather however his parents have always been supportive of his work on social media; his mom has also made a few guest appearances on a few occasions.

At the age of eighteen, during the final year of high school, Nate joined Vine- the new, coolest, social media sensation at the time. Inspired by what he saw others post on the platform, he later uploaded his first six second clip titled, My Thought on Twitter When I See the Booty…..DAMN, on May 3, 2014. After being shared around, it had garnered thousands of views online. Ultimately, it was this video that kicked off his Vine career.

With time, he gradually developed a fan base on the site. By late 2016, Nate had already amassed over 580K followers. At that point, his clips were easily receiving upwards of 120K+ views each. Although his Vine career soon ended, it laid the foundation for his subsequent social media career on Youtube, Instagram, and Twitter.

On Instagram, the teen currently has over 3.2 million followers. A rising star, his uploads easily net upwards of 100K (in some cases, even more) likes on the app. Considering how he has a business email attached to his profile, it’s probably fair to assume that he’s contacted by companies for endorsements and the likes on a regular basis.

With the boom of social media in the last couple of years, Instagram has become a popular platform for brands to showcase their products. Naturally, they’d also need individuals to promote said items- this is where Instagram stars such as Nate himself comes in. In exchange for promoting a product on their page, they are typically compensated a few thousand dollars per campaign- not bad for just posting a photo!

As it is for many other social media stars, Youtube is another big source of income for Nate. Since he created his channel in 2015, he’s amassed over 716K subscribers and more than 29.4 million lifetime views. As of July 2017, the teen’s most popular upload, Insane What are the Odds have received over 2.1 million hits.

With the kind of views that he gets, it’s only fair to assume that he’s been monetizing his content through Youtube’s partnership program. How much has Nate earned from his channel so far? Typically, Google’s payout is around $2 to $5 per 1,000 monetized views (obviously, this would differ from user to user depending on factors such as location, content, audience, etc). Assuming that he’s earned money from 40% of his total views, he would have made at least $20,000 so far.

In the past, Nate has also attended a handful of public events, in which he had the opportunity to meet fans. For instance, he joined several other social media celebrities for the annual Digi-Tour this past spring.

Currently it is estimated that Nate Garner has a net worth of $300,000. Back to our original question- where did he earn this money from? From everything that’s been mentioned above, it’s clear that the 18-year-old earned most of this amount from his admirable success on Vine, Youtube, and Instagram. Of course, we also can’t forget about the modelling gigs that he have on the side.

How will his career play out over the next few years? We’ll just have to wait and see for ourselves!

No, Nate is not married- in fact, he is currently single as implied by a tweet that he’d posted earlier this year, “i need a girlfriend”. It’s unclear whether or not the 20-year-old has dated anyone in the past.

Does Nate Garner Have Any Children?

No, Nate Garner does not have any children that we know of.

Did Nate Garner Go to College?

From what we can tell, Nate Garner did not go to college- it’s assumed that he dove into social media after graduating from high school.

Nate Garner presumably resides in Los Angeles, California. Unfortunately, he’s never disclosed any details about his location. We do not have any pictures of his house to share at this time.

What Kind of Car Does Nate Garner Drive?

Since he first posted to Vine in May 2014, Nate Garner has garnered millions of followers across the globe. He currently has 416K fans on Twitter, 716K subscribers on Youtube, and 3.2 million followers on Instagram. Shortly after rising to fame in 2015, the teen was offered a modelling contract with Wilhelmina Models.

Recent Controversy with The Dolan Twins

Last May, Nate was asked to leave the Dolan Twin’s 4OU world tour after getting into an allegedly fight with tour-mate, Alex Aiono. Unfortunately, the incident seemed to have dented his reputation to a slight degree.

How Much Did Nate Garner Make Last Year?

We do not have information on Nate Garner’s 2016 income at this time.

To keep up with Nate’s daily adventures, be sure to check out the vlogs that he posts onto his Youtube Channel.