Madison Hildebrand Net Worth 2018 – How Wealthy is he Now? 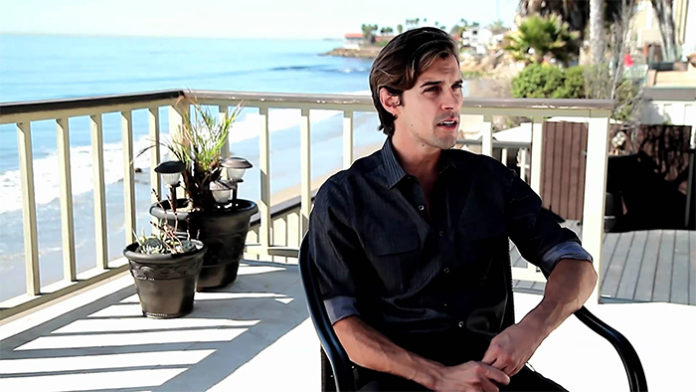 Real estate agent Madison Hildebrand came to the public’s attention after starring in the Bravo reality series, Million Dollar Listing Los Angeles in 2006. Hailing from Arizona, he studied advertising at Pepperdine University prior to landing a mentorship with one of the US’s top realtors.

Since then he has become one of the most successful agents in the country, with hundreds of millions of dollars worth of transactions under his belt. Not only that, but Hildebrand is now also the president and founder his own real estate company, The Malibu Life, Inc..

In 2006, Hildebrand received a big break after landing a role in the reality show, Million Dollar Listing Los Angeles. One of the original cast members alongside Josh Flagg, and Chad Rogers, his popularity gained a huge boost with the airing of the series. Before long, he had become one of the most well recognized personalities on reality TV.

From his various endeavours, it’s estimated that he’s amassed a net worth of approximately $12 million. What are his different sources of income? Let’s take a closer look at his career to answer that question.

How did Madison Hildebrand Make His Money & Wealth? 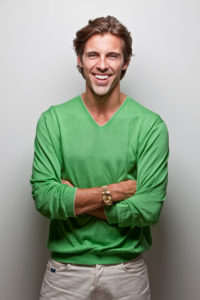 Born on October 28, 1980 in Mesa, Arizona, Madison Hildebrand moved around frequently during his childhood due to his father’s work as Vice Chair in a life insurance company. In total, he had lived in seven cities in five different states; despite the quick-changing lifestyle however, Hildebrand always enjoyed the process of house hunting- in fact, it wasn’t uncommon for him to sit in with his parents during the actual negotiations.

Upon graduating high school in the late 90’s, he went to Pepperdine University in Malibu, where he studied and eventually obtained a Bachelor of Art’s degree in advertising. Ultimately, it was during his sophomore year that he first got involved with the house market- at the time, he was researching and compiling budget reports in preparation of to moving off campus. From there, Hildebrand discovered that the costs involved in annual renting and home purchasing were very similar, all things considered.

Later presenting the information to his parents- that purchasing a home was a better option than renting, and getting their approval, Hildebrand began shopping around in the real estate market. Despite working with many different real estate agents however, he found many of them to be incompetent, in fact, a number of them seemed to have a lack of responsibility for the job- it was then that he realized he actually knew more information than the brokers themselves. Following that, Hildebrand decided to take matters into his own hands.

Putting more effort into the hunt, he eventually found his first home, where he lived for four years. While there, Hildebrand made a handful of upgrades to the property- all of which worked to increase the value of the house. By the time he sold it a few years later, he had made a profit of over $1 million (it was sold for $2.25 million after being purchased originally for $1.1 million. With that, Hildebrand quickly realized the potential for money-making in the real estate business.

For a few months after finishing college, Hildebrand took a self-imposed vacation in the Dominican Republic. Enjoying himself at the beach, it was during this period of self discovery that he determined that real estate was the right path for him to pursue- despite his degree, he was not interested in making $20,000 a year in advertising. With that, he set his roots in Malibu and began training with one of the top-producing real estate agents in the country, having earned himself a mentorship.

Since then, Hildebrand has complete immersed himself in the world of real estate. Within the first year alone, he had conducted over $17 million worth of sales as a broker. As his experience went up with time, his success as an agent only grew further. To date, he has sold more than $250 million (over the past ten years) in the business.

After accumulating many years of experience, he established his own real estate company, The Malibu Life in 2006. With a team of talented individuals, they’ve quickly become one of the most well respected teams in the industry. The President and founder, Hildebrand is joined by Chief Operating Officer Bally Khehra, Founding Partner Jennifer Chrisman, Accounting Manager Anne Israel, Marketing Coordinator Chase Traphagen, and a handful of associate Partners including Pamela Wilson, Gina Kirkpatrick, Joseph Fick, and Natalie Todd.

Experts at representing clients in the selling, buying and leasing of homes in Los Angeles and Malibu, the team at The Malibu Life has sold countless properties since 2006. Fully dedicated to their clients, they strive to deliver, above and beyond every time.

The same year as the launch of his real estate company, Hildebrand was invited to star in Bravo’s reality series, Million Dollar Listing Los Angeles. Premiered on August 29, 2006, the show centred around the professional lives of a few brokers in the LA area. One of the original cast members, the company founder starred alongside fellow agents Josh Flagg, and Chad Rogers. An incredibly popular title, it attracted well over a million viewers to their TV every week.

An audience favourite, Hildebrand ultimately remained on the show for a total of six seasons- from 2006 until 2013. Thanks to the added exposure from the television series, his popularity quickly soared in the Los Angeles area; not only that, but it also garnered him the title of reality star. Altogether, he had appeared in 50 episodes over a span of seven years- which was more than enough to bring him into the limelight.

After starring on the Bravo series for six seasons, during which there was endless drama, Hildebrand decided it was time to move on from reality TV. Although he’s grateful for his time on the show, he’s since gone on to pursue new adventures. According to the star, his real estate business has only boomed since he left the series- in fact, his earnings from house selling have more than doubled over the last years. While fans were disappointed to see him leave television, he has hinted that he has intentions of returning to TV sometime in the future.

How much did he make from being on the show for seven years? While we can only speculate, as the cast’s salary has never been revealed to the public, they probably earn at least $10,000 per season, as a rough estimate. Assuming this is true, then Hildebrand would have easily earned over $60,000 from the series alone.

Speaking of TV appearances, he has also appeared in the programmings Oxygen’s 25iest: Bad Girls Gone Good (2008), Keeping’ It Real Estate (2011), The Millionaire Matchmaker (2011), Money with Melissa Francis (2013), and Bajillion Dollar Propertie$ (2016). Aside from just appearing in front of the cameras, he’s also helped to produce the video short, Bald in 2014.

As far as other endeavours go, Hildebrand authored a book titled, Active Your Passion, Create Your Career in in 2014; in it, he shares many of his life experiences, as well as funny anecdotes and inspirational statements.

In 2013, he even launched his own line of candles, all of which feature scents inspired by the Malibu lifestyle. Intended to add energy and luxury to any home, the collection was made available offline at Malibu Colony Co. at the Malibu Country Mart Shopping Center, and online via the Hildee Brand Store.

Currently, it is estimated that Madison Hildebrand has a net worth of $12 million. Considering how many properties he’s sold over the past decade, it’s obvious that most of his fortune came from his success in the real estate market. While that may be the case however, his overall income is also supplemented by his other ventures- whether it be his involvement in reality television or his various business endeavours. One thing’s for sure, his net worth probably won’t go down anytime soon.

Openly gay, the real estate agent had come out in the winter of 2009. From what we can tell, he is currently single as of July 2017. In 2011, he had attempted to look for love on the Bravo series, The Millionaire Matchmaker.

Shortly afterwards, Hildebrand started a relationship with boyfriend Marco. After being together for a period however, they broke up in late 2013 just ten days before a planned vacation together to Mexico. Reportedly, he had just “stopped responding to [his] texts and phone calls”. Although it was shocking at the time, he has since moved on.

Does Madison Hildebrand Have Any Children?

No, Madison Hildebrand does not have any children that we know of.

Did Madison Hildebrand Go to College?

Yes, he went to Pepperdine University in Malibu, California where he studied advertising. Although he went on to obtain his Bachelor’s of Art’s in advertising, he ultimately found his calling in real estate.

Hildebrand bought his Malibu home in the late 2000’s, at the beginning of his real estate career. Purchased for roughly $1 million, the property’s located on one of the most exclusive, private beaches in the state. Featuring 1,900 square foot of space, he has since invested $100,000 into redesigning the home.

Unfortunately, we do not have any pictures of Madison Hildebrand’s house to share at this time.

What Kind of Car Does Madison Hildebrand Drive?

At this time, we do not have any details on Madison Hildebrand’s vehicle.

Madison Hildebrand as a Philanthropist

Over the years, Hildebrand has been involved with several charitable organizations- for instance in 2009, he co-hosted an event, which helped to raise money for The Leap Foundation, a Los Angeles charity that helps high school and college students get ahead in life via mentoring and senimars with successful business professionals.

Most recently this April, the former Bravo TV star also hosted the first annual Decades of Parties Event, where the proceeds went to benefit Malibu’s Boys and Girls Club.

Hailed as one of the Top 25 Real Estate Agents in Los Angeles by The Hollywood Reporter, Hildebrand has also recently been recognized as a Variety’s Showbiz Real Estate Elite, a title given to those with stellar leadership abilities and reputation in the industry.

In the ten years that he’s been involved with real estate, he has conducted over $250 million in sales.

Just a few weeks ago this June, Hildebrand was shocked to find that not only had his Malibu home been broken into, but the intruder had made himself quite comfortable after stripping naked. Luckily, the broker had a security system installed, which alerted him that someone was in the house.