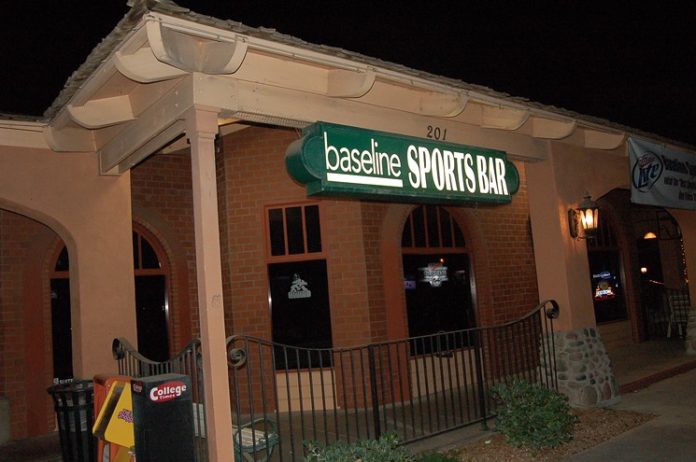 In 2005, popular local hangout Baseline Sports Bar went on the market, AJ Hunter saw this as her chance. She had been in the industry for many years and didn’t want to work for anyone else.  When she bought Baseline, it was earning between $65,000 and $80,000 a month consistently.

It was a no-brainer to put her two daughters behind the bar because they’re beautiful and great bartenders. But, however, they are terrible employers. Frequently refusing orders and showing little to no work ethic, the two daughters quickly became a problem due to their bad attitudes. They also ignore their female customer base, which drives customers away because they aren’t comfortable there. There’s no girl to be found except the one behind the bar, and part of it is just to get a better tip.

AJ cuts her daughters a lot of slack and puts up with it because she is their mother, but enough has to be enough. Customers continued to run away from Baseline Sports Bar, AJ fell deeper in debt, and standards dropped. Over the years, as the refrigerators went out, AJ did not have the money to repair them. With a lot of competition in the area, you have to do something special, but Baseline Sports Bar just is not special. Now losing $4,000 a month, AJ is left with a rundown bar and is $190,000 total in debt. She has reached out to Jon Taffer to perform a bar rescue on her operation.

In Tempe, Arizona (around Phoenix), John pulls around to Baseline Sports Bar with his car containing two experts. The median household income of the area is around $42,000 a year, and Maricopa County has one of the largest German-American populations in the country, which could be a great marketing opportunity. Baseline, however, is just some neighborhood sports bar. Named “Baseline” due to being on Baseline Road, more than 22,000 cars pass through a day. Daniel Ponsky, a mixologist known for his supreme cocktails and superior customer service, agrees with Jon that there is just no reason to go to the dive-y looking bar.

Chef and culinary expert Mike Ferraro, who is recognized for his exceptional culinary vision and ability to transform mundane bar food into modern day masterpieces, explains that having a good menu affair is the key to standing out as a sports bar. As the car parks, Mike points out that the sign says “Baseline Pub.” They have actually have pulled up to the wrong pub, and pull over to the real Baseline Sports Bar. The bar actually looks far more magnificent than the pub, but Jon explains that by sharing the same name, they are put into the same commonality which can be a problem for customers.

On the sign, the words “Sports Bar” are big, but the word “Baseline” is small. The brand is not capitalized, and the bar just has a look of being closed. It’s dark and dingy, and someone driving by would never see it. There are around 80 to 90% men in the room with the only women being bar staff. AJ, the owner, delivers chicken strips that she jokes were missing yet found in the kitchen. Jon reveals that AJ is about to lose her house, then shifts his attention onto the two daughters. Diva and Xatia, simply hang out and talk instead of serving the staff.

On the Baseline Sports Bar’s website exists a column called “AJ’s rants.” On this column, AJ voices that “owning a bar is about the same as waking up from a bad dream only to realize you were still in a bad dream.” She also says that she refers to her children as “evil Hell spawn.” Writing crap like that will not bring people to her bar or make her money, Jon explains – nobody cares. However, he did a bar rescue in Arizona a few years ago called “Stand Up Scottsdale,” where an employee existed by the name of “Brandy Beavers.” Jon actually called in Brandy to perform as a spy, since she feels like she owed Jon for helping rescue the bar and her. 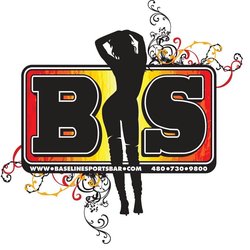 Brandy enters the 4,000 square foot space grossing $121 per square foot in sales, $29 less than the required break-even point of $150 per square foot. Brandy enters, and Jon is curious to see if Brandy is treated with the same equality that the male customers are. For the first few minutes, she is being completely ignored – nobody looked at her, and it’s like she is invisible. AJ serves Brandy herself, and she orders a vodka cranberry, but they do not have any cranberry juice. Jon is exasperated in the bar.

Manager Whitney places an order in the kitchen with Chef Raul. Jon calls and orders food to go, something that has never been done on Bar Rescue before. They place an order for a mac and cheese appetizer and a reuben, which should take about 10 minutes. At the bar, Brandy tries to order a skinny margarita and asks for lime juice. Xatia looks disgusted and annoyed to have to serve Brandy, and Brandy tries to order a draft beer, but the beer system is broken. There is no beer cooler that is working, so she receives a bottled beer and a frosted glass.

Their to-go order is finally ready, so Mike heads in to pick it up. The food is all greasy and disgusting, and the reuben is also greasy. The braised corn beef looks more like a piece of ham, and it is just cheap, pre-made, garbage quality in Mike’s words. The concept that AJ has created, a “breastaurant” has failed, and Jon has seen enough of the failure. He storms in to set to work on rescuing the bar. 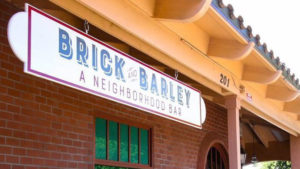 Baseline Sports Bar Now in 2018- The After ‘Bar Rescue’ Update

Since Jon Taffer’s attempt to rescue the bar, the bar has been rebranded to “Brick and Barley.” Unfortunately, AJ saw it fit to keep her daughters Xatia and Diva present, although they seem now to have a much better attitude. She also saw it fit to rebrand the “Baseline Sports Babes” to “Brick and Barley Babes.” There is still an all-female staff. The reception on the rebranding has been mixed, with almost the same amount of negative reviews and positive reviews leading to a 2.2 star rating over 250 different reviews. It seems like not many of the mechanical issues, like service and serving good food, have been fixed in this bar rescue.

The uniforms that Jon Taffer provided were also disposed of, as many of the staff did not like it and preferred their tight and low-cut tops with the idea that it would get them better tips. The bar menu also removed three of the specialty drinks that were created specifically for the bar, citing low sales. However, bar manager Whitney mentioned in an interview with a local paper that they could not receive any deliveries, which contained cranberry juice, during the filming process and that the producers were out to create a negative image.