Melvin Gregg Net Worth 2018 – How Wealthy is the Actor Now? 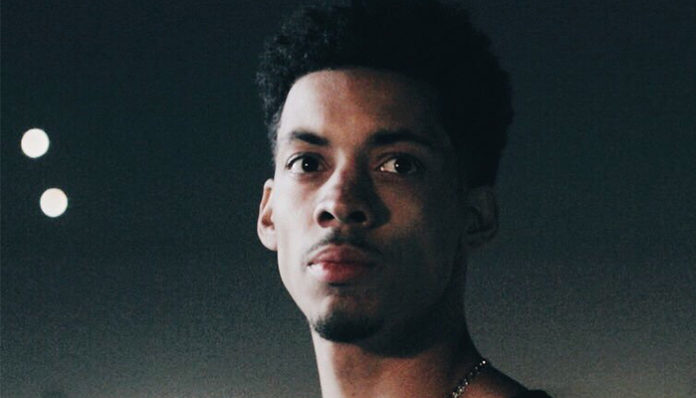 Hailing from Virginia, Melvin Gregg started off his career online through Vine and Youtube. One of the earliest users to join the former, his six-second clips quickly caught the attention of those in the community. Before long, he had amassed over 3.8 million subscribers on the site, making him one of the top personalities on the platform.

After a couple of successful years on social media, Gregg made his official acting debut in the television series, Whatever in 2011. Since then, his career in the show biz has exploded; so far, he’s appeared in multiple TV shows and films including Goldwater (2013), Cleaver Family Reunion (2013), Sexless (2015), Class (2015), and Freakish (2016), among many others.

Although his newfound career in acting has been keeping him busy, he hasn’t neglected his social media accounts- to this day, he still regularly updates his pages with new content (with the exception of the now-defunct Vine). According to various sites, Melvin Gregg currently has an approximate net worth of $2 million.

How did Melvin Gregg Make His Money & Wealth? 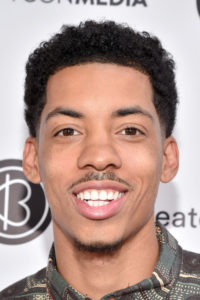 Born on September 22, 1988 in Virginia, Melvin Gregg spent the majority of his youth with his parents and six sisters in the city of Los Portsmouth. Aside from that, not much is known about his childhood. After graduating from high school, he moved to Los Angeles, California, where he became a marketing student at the Old Dominion University. In 2009, the twenty something year old created an account for himself on Youtube, to which he began posting a number of videos.

From there, Gregg eventually branched out to Vine in 2013- the new social media sensation at the time. Thanks to being one of the earliest users on the platform, his videos quickly caught on, garnering him thousands upon thousands of views within a short period. Before long, he had reached the milestone of having 1 million followers. As he continued to post various comedic clips onto his page, this amount continued to grow; by early 2017, he had over 3.8 million fans on Vine, making him one of the most well known personalities on the app.

However, his online career wasn’t the only thing that took flight during the early 2010’s- in 2011, Gregg made his television debut in the drama series, Whatever, The Series. Playing alongside actors Elisa Catherine Taylor, Kate Morgan Chadwick, and Elliott Stiles, he appeared as a supporting character for a four-episode arc. Shortly afterwards, he landed a few minor roles in The Beauty Inside (2012), The Fallen Prodigy (2012), and Pushing Eternity (2012).

Following that, the social media star appeared in his first film, Coldwater (2013), where he played as an inmate. From there, he landed a role in the comedy movie, Cleaver Family Reunion (2013), where he starred alongside Sandy Simmons, Efe, Tamara Goodwin, and Kevin Yarbrough. Continuing to appear on the big screen, Gregg later made a few appearances in the films, Can (2013), and Loss of Life (2013).

After appearing in a handful of films in 2013, Gregg returned to television in 2014, playing a petty officer in the TV movie, Asteroid vs Earth (2014). Afterwards, he portrayed an astronaut in the comedy, King Bachelor’s Pad (2014), before scoring his second recurring role in the series, Sexless in 2015.

That summer, the actor received a huge break after scoring a lead part in the drama, Class (2015). Not only did he star in the show, but he also helped to produce the series. Premiered in June 2015, it centred around the lives of six college students on a campus where an alleged rape and drug case is underway. One of the main cast members, he co-starred alongside Jered Hobbs, Maya Morales, Brittany Pace, Sophia Rose, and Dee Dee Stephens.

Although its writing and darker tone garnered praises from critics, its low viewership led it to be cancelled after eight episodes- it was confirmed in June 2017 that Patrick Ness would not be continuing the series. The final episode titled, The Lost, aired on December 3, 2016.

In the fall of 2016, the Virginia received another break, after being cast as one of the protagonists in the Hulu horror series, Freakish. Created by Beth Szymkowski, it starred several other social media celebrities including Liza Koshy, Aislinn Paul, and Hayes Grier. Debuted on October 10, 2016, it centred around a group of high school students who find themselves trapped inside the school after an explosion at a nearby chemical plant; they later find out that the incident has caused many individuals to turn into mutated “freaks”.

In the Hulu series, Gregg played the character of LeShawn Deveraux, one of the students at Kent High. Met with favourable reviews, the first season consisted of 10 episodes, all of which were made available online at the same time. In May 2017, it was announced that Freakish had been renewed for a second season.

From everything that we’ve said above, it’s apparent that while he originally rose to fame on social media, most of his current wealth came from the gigs that he landed on the big and small screens. Since he first made his TV debut in 2011, Gregg has taken on over 30 different roles as an actor. Assuming that he carries on with the same momentum, it’s incredibly likely that his overall assets will continue to rise.

Currently, it’s said that the 28-year-old has a net worth of $2 million.

No, from what we know, the actor is not married. Having said that, he has revealed on social media that he does in fact, have a girlfriend- although her identity has never been disclosed.

Does Melvin Gregg Have Any Children?

No, Melvin Gregg does not have any children that we know of.

Did Melvin Gregg Go to College?

Yes, the former Vine star went to college. After completing his high school education, he moved to Los Angeles, California, where he attended the Old Dominion University for marketing.

Other than the fact that he resides in LA, we currently do not have any information regarding his residence. Unfortunately, that also means that we do not have any pictures to share at this time.

What Kind of Car Does Melvin Gregg Drive?

Information on Gregg’s vehicle is unavailable at this time.

Unsurprisingly, Gregg has appeared in several TV series this year including Caught (2017), Immortals (2017), and Caught the Series (2017).

According to IMDb, the social media star will also be taking part in the third season of UnREAL, a drama that revolves around the production of a dating competition series. In May 2017, Lifetime announced that season three would air in early 2018.