Sergio Aguero Net Worth 2018 – How Rich is the Soccer Star Actually? 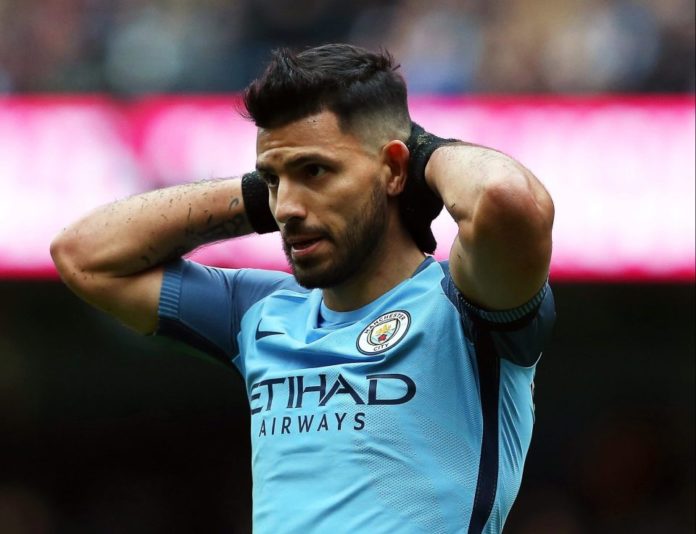 Sergio Aguero is widely considered one of the most talented strikers in all of football. He currently plays for Manchester City and the Argentina national team, and he has made a serious name for himself on both the national and international level as a footballing star. He’s both popular and successful in the football world. Sports are obviously profitable if you’re good at them, and Sergio is very good at them.

In this article, I’m going to talk about how how much Sergio Aguero has been able to make as a footballer, while also making sure to talk about what he did in order to become so prominent in the sport. Without further ado, let’s dive right into this article and see if we can’t learn a little bit more about this gifted athlete.

How did Sergio Aguero Make His Money & Wealth? 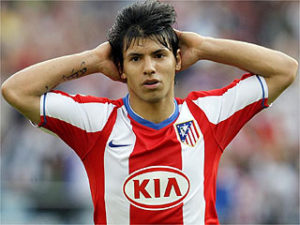 Sergio Aguero was born in Buenos Aires June of 1988. He started his club career when he was just nine years, playing in the Independiente youth system. He would eventually become the youngest player to ever play in the division, when he was substituted in a match at the age of 15 years and 35 days. This record was previously established by Diego Maradona, who for years was considered one of the most talented footballers of all time. Although Sergio’s playing time with Independiente was sort of inconsistent, he had a solid couple of seasons with the team. In 54 appearances, he scored 23 goals. Aguero’s club career didn’t really begin until he came aboard Atletico Madrid in 2006. He joined the team for around €23 Million, which was the most expensive transfer that the team had ever participated in. Although most players take a little while to fully integrate themselves into a new team, Aguero took to Atletico Madrid really quickly.

During the 2007-2008 season, Sergio saw his striking partner Fernando Torres leave the team to join Liverpool, which allowed Sergio to become a full starter. He quickly became one of the most important players on the team, even though he was just 19 years old. With his leadership, Atletico Madrid was able to qualify for the UEFA Champions League, which was something that they hadn’t been able to do in over a decade. Aguero remained with Atletico Madrid through 2011, and during that time he played phenomenally. In 175 appearances with the team, he would score 74 goals, which definitely isn’t something to scoff at. Once he left Atletico Madrid, this striker just continued to move onto amazing things. In 2011, he signed a five year contract with Manchester City that was reportedly worth €45 million. This was obviously a big deal, especially when you consider the fact that Manchester City is widely considered to be one of the most prestigious football clubs in the entire world. 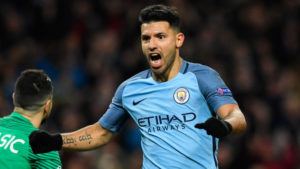 Aguero’s first year with the team was the 2011-2012 season, and he certainly made an impression. He ended up scoring the final goal of the season, which clinched a win and clinched the title for Manchester City. It was a seriously emotional moment for both Sergio Aguero and every Manchester City fan out there, since it’s not often that a team is able to win the Premier League Trophy in such a grand fashion. Aguero literally won the title with a single goal, which basically cemented his status as legend in Manchester City. However, he didn’t really let himself get complacent, either. In the seasons to follow, the gifted striker continued to deliver incredible performances for his team, supplying fans with amazing plays and supplying his team with strong leadership. By the end of the 2012-13 season, there were rumors that Sergio was going to be moving to Real Madrid, one of the biggest powerhouses in all of football. However, he denied those rumors, saying that he considered himself to be fully committed to Manchester City.

As of this writing, Sergio has remained true to that promise. He has played with Manchester City since 2011, and he has done incredibly well for himself, scoring 122 goals in just 181 appearances. Outside of his club career, though, this guy has also done a lot on the international level, too. He played at the youth level internationally way back in 2004, and he represented his home country of Argentina in two different FIFA World Youth Championships. He would win back-to-back world titles with the team during these games. In 2008, Aguero actually represented Argentina during the 2008 Beijing Olympics. Aguero scored two impressive goals during the team’s semi-final match against Brazil. Argentina won a gold medal during this tournament, which was their second straight gold medal in this event. Due to all of this, I guess it isn’t much of a surprise that Sergio was able to make his senior debut with Argentina’s national team when he was just 18 years old. 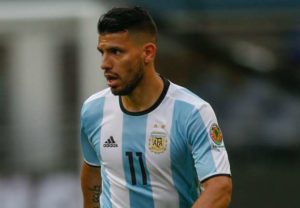 Aguero ended up playing for Argentina in the 2010 FIFA World Cup, and although he and his team put up a strong performance, they lost in the quarter finals to Germany. He went back to the FIFA World Cup with Argentina again in 2014, where they lost in the very final game against Germany. Regardless of the outcome of these games, though, Sergio Aguero had already cemented himself as a footballing great. Sergio is still pretty young, and he hasn’t really shown any sign of his play declining in recent years. He still has plenty of time to accomplish great things in football, and considering his track record, I wouldn’t be surprised. Sergio has brought great glory and pride to Manchester City and its fans, and I imagine he’s going to continue to do so in the years to come.

For a time, Aguero was married to Gianinna Maradona, who is the daughter of Diego Maradona. (Diego, like I mentioned before, is thought of as a legend in football.) Sergio and Gianinna had a son, Benjamin, in 2009. However, the couple separated in 2012. Sergio hasn’t remarried or anything like that since then.

So, as a professional athlete, Sergio’s salary is pretty much publicly known information. With Manchester City, he makes about £11.44 million per year. For reference, that comes out to about $14.78 million per year.

How much does Sergio Aguero make per day?

If you use his salary, which we already know, then you can just use some really basic math to calculate Sergio Aguero’s daily income. In a year consisting of 365 days, Sergio makes about £31,300 per day. In US Dollars, that comes out to around $40,500 per day. Definitely not a bad amount of money to be making!

Sergio comes from a humble background, and he also understands that he has a lot of responsibility on his shoulders as a professional athlete. A lot of young people look up to athletes, so it’s up to him to be a positive role model. He’s done a pretty good job, too. Over the years, he has supported charitable organizations such as Fundacion Garrahan, Teenage Cancer Trust, and Fundacion Leo Messi.