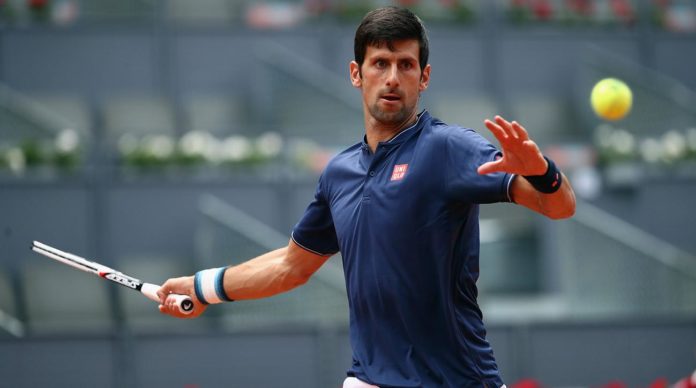 Novak Djokovic is a Serbian professional tennis player who is considered by many to be one of the best players of all time. He has won 12 Grand Slam singles, and was ranked number 1 by the ATP for 223 weeks. He has a match win rate of 82.8 percent as of July 2017 The only players who can hold a candle to his astounding track record are legends such as Roger Federer, Andy Murray and Rafael Nadal. Djokovic is currently considered the 4th best player in the world – but that could change at any moment.

How did Novak Djokovic Make His Money & Wealth?

It’s no surprise that Novak Djokovic has accumulated a massive fortune. He has won a total of $108 million in prize money throughout his career – more than any other player. In both 2015 and 2017, he made $20 million from prize money. Those figures don’t include his yearly earnings. Djokovic earned over 37 million in the first 6 months of 2017 alone.

Like many other top athletes, Novak Djokovic earns a large amount of money from endorsements. In May 2012, Novak Djokovic also signed a multi-million dollar deal with Japanese apparel manufacturer Uniqlo. The 5 year contract paid him approximately 9.3 million per year. After the deal expired in May 2017, Djokovic signed a contract with the French sports apparel giant Lacoste. He is also sponsored by major brands such as Mercedes-Benz, luxury watch maker Audemars Piguet, Bombardier Aerospace, Seiko, and Adidas. Djokovic made $31 million from endorsements in 2014.

How Did Novak Djokovic Get Rich?

Novak Djokovic was born in Belgrade, Serbia, on May 22, 1987. His parents owned a sports store and were both professional skiers. As a child Djokovic played many different sports, but was a prodigy at tennis. Recognizing his potential, the young star’s parents sought out a mentor for him. After tennis star and coach Jelena Genčić saw Djokovic playing tennis in park when he was six, she took him under her wing.

Since Djokovic’s skill was leaps and bounds ahead of his peers, Genčić knew sending him abroad was the best choice if he wanted to reach a competitive level. He was sent to Pilić Academy in Munich, Germany at age 12. The school was owned by now retired Croatian professional tennis player Nikola Pilić.

Two years later, Djokovic began playing larger tournaments. He won several single and doubles championships throughout Europe in his first year. By the end of 2001, 14-year old Djokovic was a three time champion in European singles. After he won five ITF tournaments at age 16, he was named the 40th best junior player in the world.

In 2003, Novak Djokovic made his professional debut. He won three Futures and three Challenger tournaments during the first two years of his professional career. In 2005, he qualified for the lauded Australian Open. However, he was defeated in the first round. Nonetheless, the loss did not phase him. He reached the third round of both the US Open and Wimbledon later that year.

Shortly after in 2006, Djokovic won his first ATP title at the Dutch Open. He did not lose a single set. He then won another ATP title in at the Moselle Open in Metz. He won a master event in Madrid.
The Serbian national team decisively claimed the Davis Cup in April 2006 due to Djokovic’s efforts. Although Britain offered him a chance to play for their national team, he denied it. Djokic was proud of his heritage and knew he would not be happy playing for another country’s team.

In 2007, Djokovic made it to the semifinals of the French Open. He won a masters title in Montreal the same year, beating Rafael Nadal, Andy Roddick, and Roger Federer. The win ranked him as third best player in the world.

In the 2008 Beijing Olympics, Djokovic won a bronze medal for Serbia in singles. He later won 43 matches in a row in 2011, the longest run of any player at the time. The wins kept building up, and Djokovic concluded 2012 with a victory in Wimbledon, the U.S. Open, and the Australian Open.

Andy Murray and Novak Djokovic became rivals after Murray beat Djokovic in the Semifinals of the 2012 French Open. Djokovic would lose to Murray in the US Open final later that year, and Wimbledon in 2013. Djokovic disrupted his losing streak against Murray after defeating him at Wimbledon and thereby claiming his second title. He beat Murray at the tournament a second time in 2015.

Novak Djokovic won his sixth Australian Open title in 2016. He finally won his first French Open soon after, making him one of only 8 players to have a Career Grand Slam. During the 2016 Rio Olympics, Djokovic lost to Argentine player Martin Del Potro on the second day of the competition.

In 2017, Djokovic announced that he would be taking a hiatus from tennis due to an elbow injury that had been bothering him for over a year. His rival Andy Murray was forced to take a break for a similar injury as well. Djokovic does plan to return to competition as soon as he recovers.

Off the court, Novak Djokovic is good friends with many other tennis players, even his career rivals. His charismatic personality has prompted many media outlets to interview him. Djokovic is also known for doing impressions of other players on the court to entertain the audience. His antics have resulted in the nickname of “Djoker”.

Djokovic is a polyglot and a fan of languages. He speaks English, Italian, Spanish, and German along with his native Serbian.

Novak Djokovic lives a luxurious life off the court. He lives in Monte Carlo, Monaco, a small sovereign state on the Southern Coast of France that is almost exclusively populated by the rich and famous. The star owns a comfortable two bedroom apartment in the city, which is home to one of the most expensive real estate markets on Earth. He purchased a yacht for $2.5 million in 2009, which he keeps at the many harbours of the tiny seaside country.

Novak Djokovic has been sponsored by several auto manufacturers such as Mercedes-Benz, Peugeot, and BMW. He owns several cars from each brand and drives them often. He also often flies in helicopters to events.

Djokovic also owns a restaurant chain called Novak and Cafe. The chain has several locations throughout Serbia. However, he rarely eats there, as he follows a strict diet. He published his own diet book, “Serve to Win” in August 2013.