Zach Clayton Net Worth 2018 – How Wealthy is the Internet Star Now? 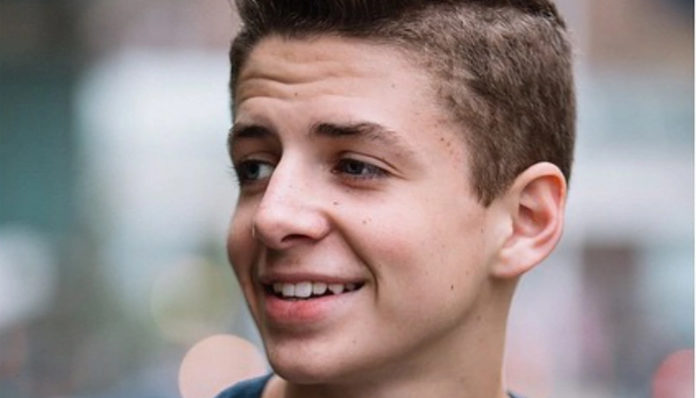 Texas-born star, Zach Clayton first gained an audience on YouNow after joining in 2014. A natural entertainer, it didn’t take long for his witty broadcasts to attract a following on the web; before he knew it, he had over a million followers on the platform. Since then, he’s also made himself known on several other social media outlets including Instagram, Twitter, Facebook and Youtube.

On Youtube, the 17-year-old personality has currently amassed over 1 million subscribers, a number that’s constantly on the rise. Aside from his successful career in social media, Clayton has also proved himself to be a talented musician. So far, he’s released a handful of singles including Nothin’ But Love, Face to Face, Odd Petals, Pandemonium, and Insta Bae. Recently this spring, he even dropped his first extended play, Kick it with Me.

How much has the multi-talented teen earned since his online debut? According to sources, Zach Clayton currently has an estimated net worth of $100,000. Where did he make most of this fortune from? How many money-making endeavors does he have? Let’s answer these questions below.

How did Zach Clayton Make His Money & Wealth? 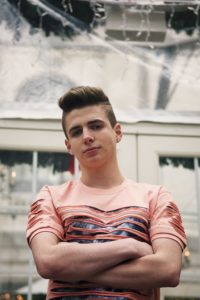 Born on June 22, 2000 in Texas, Zach Clayton began playing soccer at the age of three. A talented player, he eventually played for his high school team and for the Lonestar Soccer Club. Aside from sports, he also developed an interest for music early on- as he often listened to songs growing up. Who would have thought that the soccer player would one day turn into an internet phenomenon?

At the age of fourteen, Clayton decided to try his hand at the new app, YouNow. Creating himself an account, he began interacting with individuals from all around the world. After getting an initial taste of the platform, he began broadcasting his own videos directly onto the web; as he grew more comfortable in front of the camera, he started to stream more videos from cooking lessons, pranks, to fan challenges. Known as “BruhitsZach” on the site, his following eventually surpassed the one million mark. Since then, his fans have also created a fan group known as “ZeBruhNation”.

Thanks to his regular broadcasts, his popularity quickly soared over the next few months. By the fall of 2016, Clayton had over 1.3 million followers on YouNow, making him one of the top users on the platform. In attempts to gain further exposure, he’s also collaborated with other stars including Edwin Burgos, Nick Bean, Timmy Connors and RudanC; together, they eventually created a group known as “5Quad”.

Since his initial rise to fame on YouNow, the teen has also made a name for himself on Youtube, the world’s most popular video-streaming website. Since he first launched his channel in September 2014, he’s amassed well over 1 million subscribers with more than 58 million video views. Currently, his top upload, Make Me Laugh Challenge W/Baby Ariel has been viewed over 3.8 million times; some of his other popular videos include Musical.ly Olympics, Nothin’ But Love Official Music Video, Danielle Bregoli Roasted Me!, and Sentence Challenge w/ BabyAriel & Mario Selman.

Assuming that he’s signed up for Youtube’s partnership program, Clayton would be able to earn a small amount from Google for simply displaying ads on his videos. On average, the web giant’s payout ranges anywhere from $2 to $5 per 1,000 monetized views, depending on the user’s audience, location, reach, etc. Assuming that’s the case, then the 17-year-old would have earned at least $40,000 from his channel so far.

In addition to his booming career on social media, the 17-year-old has also established himself as a singer. In June 2016, Clayton was featured in Nick Bean’s hit song, Lip Singer. From there, he eventually dropped his debut single titled, Nothin’ But Loveon July 15, 2016. Made available via iTunes, its official MV has since been viewed over 2.6 million times on his Youtube channel. Some of his later records include: Insta Bae, Face to Face, Pandemonium, Odd Petals, and Nothin’ But Love (Remix).

On April 28, 2017, Clayton released his first extended play titled, Kick it with Me. Released as a digital download, it contained five tracks including Kick it with Me, Do My Own Thing, Odd Petals, What You Mean to Me, and Pandemonium. Met with positive reviews, it currently has a 4.9 star rating on the iTunes store.

Speaking of his music, the singer has also performed on the stage several times since his debut. For instance last winter, he went on a concert tour where he hit ten different cities in the United States from Louisville, Kentucky to Phoenix, Arizona. More recently this year, he performed at Chicago, Cleveland, and New York.

For those who’d like to support Clayton’s efforts, the star has set up his own online shop via MerchJunkie. Looking at the store now, it sells an array of memorabilia items from t-shirts, caps, posters, to beanies.

Currently it’s estimated that Zach Clayton has a net worth of $100,000. From everything that we’ve explored above, it seems reasonable to assume that most of his current wealth stems from his success on social media. Having said that, his overall income, would of course, also be supplemented by what he makes from his record sales, and concert shows.

No, the teen star is not married- however, he’s been spotted cuddling with Daniella Perkins, a fellow internet celeb this February.

Prior to that, Clayton was in a relationship with musical.ly star, Baby Ariel. After being together for a few months however, they called it off- for reasons unknown.

Does Zach Clayton Have Any Children?

No, Zach Clayton does not have any children that we know of.

Did Zach Clayton Go to College?

No, at seventeen years old, Clayton is currently still finishing up his studies at high school.

Unfortunately, we do not have any information nor pictures of Zach Clayton’s house at the moment.

What Kind of Car Does Zach Clayton Drive?

Since he first made himself known on the web through YouNow, Zach Clayton has grown to become one of the most popular teen idols on social media. As of July 2017, he has 2.2 million followers on Instagram, 747K followers on Twitter, 1 million subscribers on Youtube and 37K likes on Facebook.

On top of his online success, the 17-year-old also has several singles to his name including Nothin’ But Love, Insta Bae, Face To Face, Pandemonium, and Odd Petals. Just this April, he reached another milestone with the release of his long awaited extended play, Kick it with Me.

How Much Did Zach Clayton Make Last Year?

Information on Zach Clayton’s 2016 salary is unavailable at this time.