Prilly Latuconsina Net Worth 2018 – How Wealthy is the She Now? 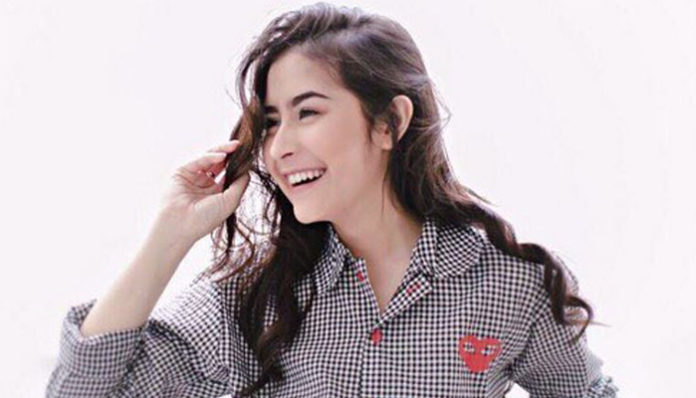 Indonesian actress Prilly Latuconsina has starred in a number of television dramas including Ganteng Ganteng Serigala, Hanya Kamu, and Monyet Cantik 2. Hailing from the province of Banten, she first ventured into the show business as an MC in the TV programming, Koki Cilik. However, it wasn’t until she landed a supporting role in, Get Married The Series that she first rose to fame.

Since then, she has appeared in several television series including Pinky Boy (2013), Hanya Kamu (2013), Hanya Kamu 2 (2013), Money Cantik 2 (2013), and Get Married The Series 2 (2014). At the age of eighteen, the actress received a breakthrough when her portrayal in Ganteng Ganteng Serigala garnered her widespread fame.

Aside from the small screen, Prilly has also been featured in a handful of films- her motion picture debut having been in that of Honeymoon (2013). In 2016, she received an I-Cinema Award for her role in the movie, Surat Untukmu.

While her net worth is currently undetermined, that doesn’t stop us from taking a closer look at all of the things that she has going for her.

How did Prilly Latuconsina Make Her Money & Wealth? 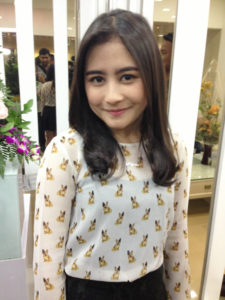 Born on October 15, 1996 in Banten, Indonesia, Prilly Latuconsina is the daughter of a Sundanese mother and a Moluccan father. Unfortunately, not much has been revealed about her early childhood. While she was still in her teens however, she made her television debut as the master of ceremonies in a special called Koki Cilik– or Chef Cilik. Ultimately it was after that experience, that she decided to venture further into the show business.

In 2010, Prilly received a big break after landing a supporting role in the SCTV soap opera, Get Married: The Series. Revolving around the lives of four friends at an elementary school, the actress portrayed a character named Josephine. Despite it being her first official acting role, her performance was met with applause. By the time the show ended in 2011, she already had a sizeable fanbase.

After a year long break, the actress returned in the TV series, Only You in 2013; she eventually reprised her role as Yumi in the direct sequel, Only You 2, later that same year. From there, Prilly played a lead protagonist for the first time in the soap opera, Beautiful Monkey 2 (2013). Starring alongside Junior Liam, Kimberly Ryder, and Christ Laurent, she played the role of Dinda, a young teen who stays with her cousin after her parents go on vacation to Europe.

In 2014, she received a breakthrough with the soap, Handsome But Werewolf. One of the lead cast members, she starred alongside Jessica Mila, Kevin Julio, Dicky Smash, ALiando Sharif, Polish Dahlia, and Michelle Joan. Hugely popular in Indonesia, the series received nothing but positive comments from critics. By the end of the year, Prilly’s portrayal of Sissy had earned her two awards- a SCTV Award for Famous Actress and a Panasonic Gobel Award for Favourite Actress.

Following that, she appeared briefly as a guest star in the series, Samson dan Dahlia (2015), and Tarzan dan Zaenab (2015), before returning in the direct sequel, Handsome Werewolves Return (2015). Proving to be yet another great opportunity for the actress, it went on to earn her an additional SCTV Award for Famous Actress and another Panasonic Gobel Award for Favourite Actress.

In addition to her work on television, Prilly has also taken part in a handful of films. In 2013, she made her big screen debut in the Indonesian drama film, Honeymoon, which starred Ardina Rasti, Shireen Sungkar, and Nino Fernandez. Later that summer, she was among the main cast in the movie, Do Not be Sad (2013). Since then, the young star has also appeared in the titles, Letters For You (2016), Hangout (2016), and Danur (2017).

Like many Indonesian stars, she has also embarked on a music career. In 2015, Prilly released her debut single titled, Fall in Love. Since then, she has also dropped the tracks, This Taste (2016), Friends of Life (2016), and Life Only Once (2016).

On March 9, 2016, the artist came out with her debut studio album entitled, Friends of Life. Containing a mixture of pop and R&B, it boasted nine tracks, one of which featured the duet group, MAIA.

As far as endorsement and sponsorship deals go, Prilly has worked with several brands over the last years. For instance in 2015, she was an ambassador for Bank Mestika and Pepsodent, one of the leading brands of toothpaste in Indonesia. In 2016, she was also the face of perfume Charmes.

From everything that we’ve said above, it’s clear that the young Indonesian actress has many things going for her- not only is she an established actress on television, but she’s also appeared in films, variety TV shows, heck- she’s even released her own singles and studio album!

No, from what we can tell the Indonesian artist is not married. In fact, it’s unclear whether or not Prilly is currently in a relationship.

Does Prilly Latuconsina Have Any Children?

No, Prilly Latuconsina does not have any children that we know of.

Did Prilly Latuconsina Go to College?

No, it does not appear that went to college- it’s presumed that she decided to pour everything into her ongoing show biz career after graduating from SMAN 7 Tangerang, a local high school in Indonesia.

How Much Did Prilly Latuconsina Make Last Year?

The actress has never revealed any information about her living residence- having said that, it’s presumed that she currently resides in her hometown of Tangerang, Indonesia.

We do not have any pictures of Prilly Latuconsina’s house to share at this time.

What Kind of Car Does Prilly Latuconsina Drive?

Information on her vehicle is currently unavailable.

So far this year, Prilly has appeared in the movie, Danur (2017), and in the TV series, Bawang Merah Bawang Putih (2017), where she plays one of the lead characters.