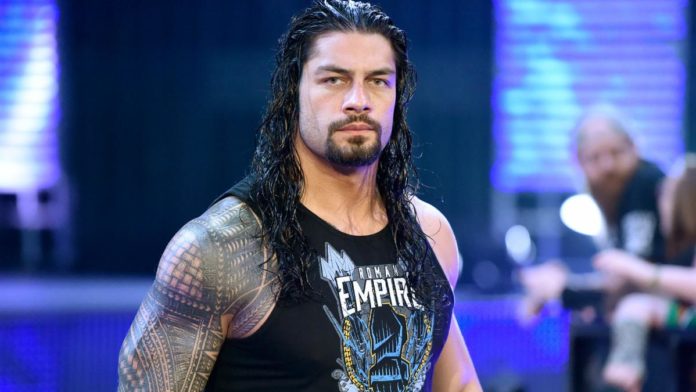 If you’re familiar with the WWE, then it’s likely that you’re at least a little familiar with the wrestler known as Roman Reigns. Reigns, also known by as Joe Anoa’i, has rapidly become one of the most prominent wrestlers in the WWE, and he’s very talked about. In this article, I’m going to be talking about how much money Roman Reigns has been able to make during his meteoric rise in professional wrestling. I’m also going to make sure to talk a little bit about how Roman Reigns was able to become so successful in the sport to begin with. I’ll track his career as he went from football and eventually came to wrestling. Without further delay, I think it’s time we get right into it.

How did Roman Reigns Make His Money & Wealth?

Leati Joseph Anoa’i was born in May of 1985 in Pensacola, Florida. He had a very strong interest and talent in sports, originally starting off with football. He started playing football at first with Pensacola Catholic High School, where he played for three years. He also played for a season with Escambia High School. Joseph mostly played as a defensive tackle, and he showed that he was pretty talented. After high school, he went on to attend the Georgia Institute of Technology, where he played alongside athletes like Calvin Johnson. Anoa’i became a starter with Georgia Tech during his sophomore year, and he was good enough to be named a team captain during his final year with the team. In 2006, he was named to the All-Atlantic Coast Conference first term due to his exemplary performance on the football field. 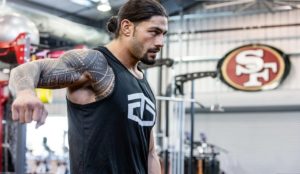 Despite his great college career, Anoa’i went undrafted during the 2007 NFL Draft. He had very brief times with the Minnesota Vikings and the Jacksonville Jaguars, but he never really played on any NFL team. In 2008, he played for the Canadian Football League after being signed by the Edmonton Eskimos. He started in three games for the Eskimos, and he had a more or less solid season with the team before deciding to retire after he was released in November. Starting 2010, Anoa’i signed a contract with WWE, where he was assigned to Florida Championship Wrestling. He debuted as Roman Leakee, and he was able to become successful at a rapid pace. He began in 2010, but by 2012, he was able to defeat huge names Dean Ambrose and Seth Rollins to become a major contender in the FCW Florida Heavyweight Championship.

WWE eventually rebranded Florida Championship Wrestling to NXT, which prompted Joseph’s character to undergo a bit of an overhaul. He debuted in October of 2012 as Roman Reigns, and he played a villain. In November of that same year, he premiered as a member of the main roster as a part of The Shield, where he fought alongside Deam Ambrose and Seth Rollins, who I mentioned he had defeated before. During this time, The Shield began a feud with John Cena, Sheamus, and Ryback. The Shield was an awesome force, and Roman Reigns was able to really show his stuff on the big stage. Although he was only one part of The Shield, he was still catching a lot of attention for his performances. During the summer of 2014, The Shield dissolved, which left Roman Reigns all on his own as a singles wrestler. Right off the bat, Anoa’i was thrown in world title contention fights. 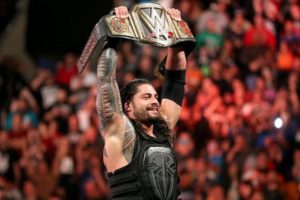 As a singles wrestler, Roman Reigns was the subject of a lot of controversy, with some wrestling fans believing that his rise was unrealistic. He developed major feuds with major wrestlers, and he often came out on top during these feuds. People were irritated that, as a relative newbie, he was able to win so many fights against major names. He always entered as an underdog, but he almost always won, which had some people thinking that WWE’s writing was slipping up. Reigns became the number one contender for the WWE World Heavyweight Championship in October of 2015, and he had to defeat Alberto Del Rio, Dolph Ziggler, and Kevin Owens in order to get there. Joseph was able to readily defend his title for a long time, until he was suspended for a month due to a violation of the WWE’s Wellness Program. As a result of this violation, he was scripted to lose his title.

If you look at what Roman Reigns has done more recently, he’s continued to be majorly successful. Reigns struggled a little bit at first, but he was able to build himself back up, and at the end of 2016 he was able to become the United States Champion. Anoa’i is undeniably successful in the ring, but his reception in the general public isn’t quite as clear. There’s a lot of people who think that he’s overrated, and that the WWE pushed him to be too dominant too soon. They saw it as being very transparent, that WWE was trying way too hard to make Roman Reigns the new face of the franchise. Regardless of how he’s perceived, though, barring tragedy, Reigns is going to continue to be a very big part of the WWE going into the future. And he’s going to keep making money because of that fact.

Roman Reigns was married in December of 2014 to Galina Joelle Becker. Together, they have a daughter, who was born before they were married.

Roman Reigns is one of the biggest names in the WWE, so it isn’t much of a surprise that he makes a lot of money. In a year, Joseph makes about $2.1 million. That definitely isn’t bad considering his humble background.

How much does Roman Reigns make per day?

Using some really basic math and the salary that we already know, we can calculate how Roman Reigns’s daily income. In a year consisting of 365 days, Roman Reigns makes about $5,750 per day.

In both wrestling and in football, Roman Reigns has accomplished quite a lot. In football, he was named First-team All-ACC in 2006. In wrestling, he’s done a lot too. He has won 7 Slammy Awards, including Superstar of the Year and Breakout Star of the year. He has won the WWE United States Championship once. He has won the WWE World Heavyweight Championship Tournament once. Pro Wrestling Illustrated named him the Most Improved Wrestler of the Year in 2015. Wrestling Observer Newsletter named him Most Improved in 2013.