Ryan Serhant Net Worth 2018 – How Wealthy is the Reality Star Now? 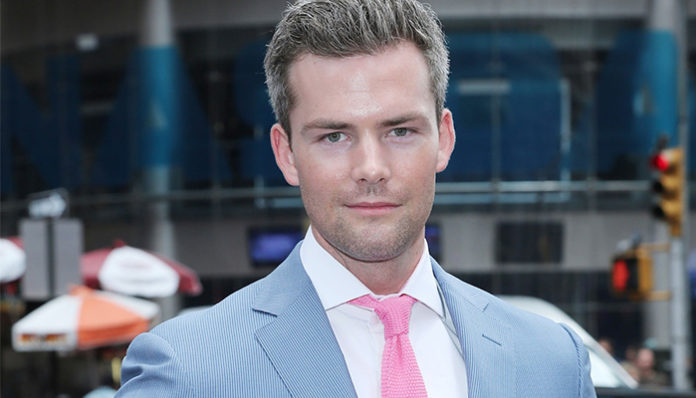 Ryan Serhant came to the public’s attention after starring in Bravo’s Million Dollar Listing New York. From Houston, Texas, he pursued an acting career prior to getting involved with real estate following his college graduation. In 2007, he landed his first television gig in the soap opera, As the World Turns. To his surprise however, his character was killed off towards the end of 2008.

As his savings started to deplete, Serhant found himself looking for a way to “make money quickly. After talking to a friend from college who worked in real estate, the actor decided to go for that route, and get his license. Starting out with rentals, he poured everything into his work and fortunately for him, his efforts soon paid off.

Before long, he was ranked as one of the most successful real estate brokers in New York. From there, he was given an opportunity to return back to television in 2012, after being cast in the reality series, Million Dollar Listing New York. Since then, his popularity has risen even higher in the US.

How much has he earned from all of his different endeavours over the year? According to various sites, Ryan Serhant currently has an estimated net worth of $20 million dollars.

How did Ryan Serhant Make His Money & Wealth? 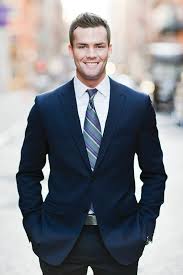 Born on July 2, 1984 in Houston, Texas, Ryan Serhant spent his early life in the town of Topsfield, Massachusetts- it was there that he attended the independent secondary school, Pingree School. Extremely fond of the arts and performing in general, he spent many summers at the Perry Mansfield Performing Arts School & Camp during his teen years. Eventually he went to Hamilton College where he studied Theatre and English Literature.

After obtaining his bachelor’s degree, Serhant relocated to New York City in attempts of pursuing an acting career. With some luck, he scored a role in the long-running CBS soap opera, As the World Turns in 2007- he was twenty three at the time. Not only was it his first television gig, it was also his first paying job at the time. With that, he made his debut in August 7, 2017; some of the other actors that joined during that time included Jake Silbermann, Marnie Schulenburg, Cary McClain, and Justine Cotsonas, among others.

Cast as Evan Walsh IV, he appeared for nineteen episodes from 2007 until 2008 until his character was killed off by producers. Not only did his exit come as a surprise for viewers, but it also came as a surprise for Serhant himself. Allegedly, he had gotten the script the night before, one that included the dramatic scenes of him “killing everyone and then himself”- there was no prior discussion to him “being fired”.

Although the twenty four year old at the time had a hunch that his role may be ending soon due to the 2008’s writer’s strike, it was still a shock when it actually happened. Jobless after being laid off the show, his savings soon began to drain. Not wanting to move back home to Colorado, he started to explore different career options. Coincidentally during that time, he ran into a friend who worked in real estate; after some discussion, Serhant decided to get into the industry.

Eventually obtaining his real estate license, he started to work his way up with rentals. Although initially challenging, he poured everything he had into his work and it soon paid off. Before long, he had become one of the most successful brokers in New York City, working at one of the fastest growing real estate firms at Nest Seekers International. In 2012, he was ranked as one of the top 100 most successful salesperson in the state by The Real Deal.

That same year, Serhant was given a chance to return back to the small screen after being cast in the Bravo reality series, Million Dollar Listing New York. Premiered on March 7, 2012, it followed the professional lives of three real estate agents (Luis D. Ortiz, Fredrik Eklund, and Serhant) in New York City. A considerable success, the show garnered over 1 million viewers towards the end of season one.

One of the original cast members, Serhant has remained on the series ever since his debut. So far, he has starred in six seasons, from 2012 until 2017. Although he had always been successful, it wasn’t until he landed this role that his popularity began to soar, and that he earned himself the title of reality star. Currently, he is featured in the sixth season of Million Dollar Listing New York, which premiered on May 25, 2017.

In the fall of 2016, he received his own mini-spinoff, Ryan’s Wedding, which followed his nuptial celebrations with his wife, Emilia. Premiered on September 22, 2016, it spanned four episodes and had garnered over 1 million audience members by the end.

With his new celebrity status, Serhant has been invited to a handful of TV shows over the last few years including Watch What Happens: Live, Bethenny, Today, Extra, Then and Now With Andy Cohen, and Celebrity Page.

As an actor, he has also returned in the television series, The Mysteries of Laura (2015), and Inside Amy Schumer (2016). In 2014, he even made an appearance in the comedy film, While We’re Young.

Yes, the reality star has been married to wife Emma Bechrakis for one year- in fact, they recently enjoyed their first wedding anniversary in Greece this month. According to their social media accounts, they had gone on a boat for an island-hopping tour- how fun!

As mentioned above, their nuptial ceremony was chronicled in Ryan’s Wedding, which aired on Bravo in September 2016.

Does Ryan Serhant Have Any Children?

No, Ryan Serhant does not have any children that we know of.

Did Ryan Serhant Go to College?

Yes, after completing high school in Massachusetts, he moved to New York where he studied Theatre and English Literature at Hamilton College; during his time there, he was also a member of the Delta Kappa Epsilon fraternity.

Last June, Serhant put his New York apartment (the same one featured in Million Dollar Listing) up for sale for a whopping $2.4 million. Located in The Armani Building in NY’s Financial District, the crib boasts 1,600 square foot of space with two bedrooms and two bathrooms.

Complete with oversized windows and custom closets, residents of the building even have access to a billiards room, a golf room, a swimming pool, and spa treatments.

What Kind of Car Does Ryan Serhant Drive?

Last year, the TV star was spotted cruising in a Bentley Continental Convertible.