Prodigy Net Worth 2018 – How Wealthy was the Late Rapper? 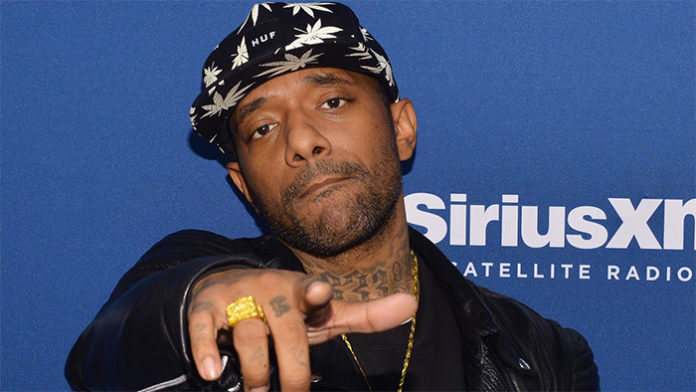 The late rapper Prodigy rose to prominence as one half of the popular hip hop duo, Mobb Deep during the early 90’s. Born into a musical family, he met his music partner, Havoc while attending Manhattan’s High School of Art and Design. Both fans of rap, they eventually came together under the name, “The Infamous Mobb Deep”, and released their debut album entitled, Juvenile Hell in 1993.

Incredibly successful, they’ve since come out with eight full length albums, five mix tapes and dozens of singles, a number of which later went on to receive RIAA accreditation. As a solo artist, Prodigy had also dropped five studio albums including the H.N.I.C. series, The Bumpy Johnson Album, and The Heglian Dialectic.

Tragically, the New York rapper passed away in June 2017 following complications with sickle-cell anemia, a condition that he had his entire life. One of the most recognized artists of the hip hop world, it’s estimated that he had a net worth of approximately $10 million at the time of his death.

How did Prodigy Make His Money & Wealth? 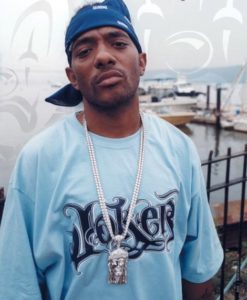 Born on November 2, 974 in Long Island, New York, Prodigy (Real Name: Albert Johnson) was born into a musical family- his mother was part of an American vocal group called, The Crystals, while his father was a member of The Chanters. Growing up in LeFrak City near Queens, he went to the High School of Art and Design as a teen. Ultimately, it was during his time there that he met and befriended his future partner in crime, Havoc. After realizing their mutual love for hip hop, the two decided to create music under the name  “Mobb Deep.”

In 1993, they dropped their debut album, Juvenile Hell through the 4th & B’way label. Although its commercial performance was lukewarm at best, it did go on to spawn a charting single, Hit it From the Back. Heading back to the studio for their next project, Prodigy and Havoc released their second (and more successful) studio album, The Infamous in April 1995.

Their breakthrough hit, it reached number 15 on the Billboard Top 200, where it stayed for 18 weeks; it later also peaked at number 3 on the Top R&B Albums chart in the US. Within two years, the album had sold over 500,000 copies, earning it gold certification from the RIAA.

From there, the money just kept coming in as their popularity continued to soared within the US. In November 1996, they followed up with their third album entitled, Hell on Earth. Produced by the duo themselves, the 14-track project was met with nothing but critical acclaim upon its release; in fact, many consider it to be among their best work.

Their third album, Murda Muzik as it’s titled, was released in August 1999. A massive commercial success- even more so than their previous endeavours, it entered the Billboard Top 200 at number 3 and the Top R&B and Hip Hop Albums chart at number 2. Praised by fans and critics, it boasted nineteen titles including The Realest, It’s Mine, U.S.A., Where Ya From, and I’m Going Out.

Within three months, it had sold over 1 million copies in the US, making it The Mobb Deep’s first and only platinum certified album. The album later spawned the charting singles, Quiet Storm, U.S.A. (Aiight Then), and It’s Mine.

Two years later, they came out with the next hit album, Infamy on December 11, 2001. A critical hit, it received high praises from a number of publications including the Rolling Stone, The Source, and HipHopDX. Chart-wise, the project reached number 22 on the Billboard Top 200 and number 1 on the Top R&B Albums chart. Supported by four singles, two of which went on to chart in the US, it has since sold more than 800,000 copies in the US.

Over the next years, Prodigy and Havoc released three additional studio albums, Americaz Nightmare (2004), Blood Money (2006), and The Infamous Mobb Deep (104). Combined, they have sold over 600,000 copies in the United States.

With Havoc, the rapper had also performed a number of live concerts throughout the years, all of which would have earned him a hefty amount. In 2016 alone, The Mobb Deep hit up dozens of cities across North America from Salt Lake City, Utah to Montreal, Canada. Prior to his death, Prodigy had also been on tour with his music partner in the United States- their last show was at the Downtown Las Vegas Events Centre in Las Vegas, Nevada.

Aside from what he had earned with Havoc throughout the years, the rapper had also established himself as a solo artist. His debut album, H.N.I.C. was released on November 14, 2000. Co-produced by the New Yorker, it boasted 22 tracks including Veteran’s Memorial, Do It (Feat. Mike Delores), Gun Play (Feat. Big Noyd), You Can Never Feel My Pain, and What U Rep.

A successful hit, it eventually hit number 18 on the Billboard Top 200, number 2 on the US Independents Albums and number 6 on the Top R&B Albums chart. To date, it has sold over 500,000 copies domestically.

Nearly a decade later, Prodigy released the followup, H.N.I.C. 2 in April 2008. Featuring appearances from Un Pacino, Big Twins, and Big Noyd, it contained fourteen brand new tracks including ABC, The Life, and New Yitty, which were later released as singles. In the US, the album reached number 36 on the Billboard Top 200, number 2 on the Top Rap Albums chart, number 3 on the Top R&B and Hip Hop Albums chart and number 4 on the US Independent Albums chart. Within just one week, the album had sold over 60,000 copies.

In July 2012, the rapper dropped his third studio album, H.N.I.C. 3. The third and final instalment of the series it reached number 105 on the Billboard Top 200, number 16 on the US R&B and Rap Albums chart, number 17 on the US Independent chart and number 15 on the Top Rap Albums chart. By the end of the year, it had produced three singles, Gangsta Love (Feat. Esther), Pretty Thug, and Get Money (Feat. Boogz Boogetz). Later that October, his fourth album, The Bumpy Johnson Album was released exclusively via digital download.

On top of his solo albums, Prodigy’s discography also included four collaborative albums (Return of the Mac with The Alchemist, Product of the 80’s with Big Twins & Un Pacino), Albert Einstein with The Alchemist and Young Rollin Stonerz with Boogz Boogetz), an extended play, and eight mix tapes.

As far as guest appearances go, he also contributed to the tracks Too Young by Hi-Five, Queens Is by LL Cool J, Where You At by Kool G Rap, Last Laugh by Cypress Hill, and Dead Bodies by The Alchemist.

On top of his music endeavours, Prodigy had appeared in a few films throughout the 2000’s including Full Clip (2006), Waters Rising (2007), and Blackout (2007). In 2016, he also helped to produce the comedy film, A Talent for Trouble, which starred Hassan Johnson, Mekhi Phifer, and Roman Rivera. Speaking of being in front of the cameras, he also took part in a number of television documentaries including Hip-Hop VIPs (2002), Tragedy: The Story of Queensbridge (2005), Rap Sheet: Hip Hop and the Cops (2008), Number One with a Bullet (2008), and Rhyme and Punishment (2011), to name a few.

In the spring of 2011, Prodigy also published his autobiography, My Infamous Life: The Autobiography of Mobb Deep’s Prodigy, which received favourable ratings upon it release. Speaking of texts, he had also helped to cowrite a cookbook, as well as a novella.

At the time of his untimely passing, the rapper had an estimated net worth of $10 million.

Yes, the 42-year-old rapper had been married to a woman by the name of Ikesha Dudleyup until his death- she was mentioned multiple times in his autobiography.

At one point in time, he was also rumoured to have been with Karrine Steffans.

Does Prodigy Have Any Children?

Yes, he had three children with his wife: a daughter named Fahtasia, a stepdaughter named Kiejzonna Dudley, and a son named T’Shaka.

Did Prodigy Go to College?

No, from what we can tell, the late rapper did not pursue further education. After meeting Havoc at the High School of Art and Design, the two began working on music together and never looked back. From there, Prodigy eventually also embarked on a career as a solo artist.

Where Did Prodigy Live? Pictures of Prodigy’s House

Details on Prodigy’s home have never been revealed to the public- all we know is that he resided in New York with his family. At this time, we do not have any photos of his house to share with readers.

What Kind of Car Did Prodigy Drive?

Regrettably, we do not have any information on Prodigy’s vehicle.

A well respected artist in the hip hop community, Prodigy had first rose to fame with the success of The Infamous in 1995. Throughout the 90’s, he released a number of hits with Havoc including the RIAA-certified albums, Hell on Earth, Murda Muzik, and Infamy.

Not only was he recognized for his work with Mobb Deep, but he also achieved a level of success as a solo artist with his H.N.I.C. album series throughout the 2000’s and 2010’s.

The New York rap legend tragically passed away on June 20, 2017, due to complications caused by sickle cell anemia crisis. Born with the condition- which causes a shortage of healthy red blood cells in the body, Prodigy had been in and out of hospital for treatment his entire life; it was something that he had grown accustomed to.

Following a performance in Las Vegas as Mobb Deep he had fell ill, which led him to be hospitalized. His death came as devastating news to his partner Havoc, who was convinced that he was recovering well in hospital (as he had in the past). In fact, the first time he heard of his passing, he thought it was a cruel prank; it wasn’t until he called his road manager that the tragic news was confirmed.

Forty two years old at the time of his death, he is survived by his wife, a son, two daughters, a step daughter, and a step granddaughter.