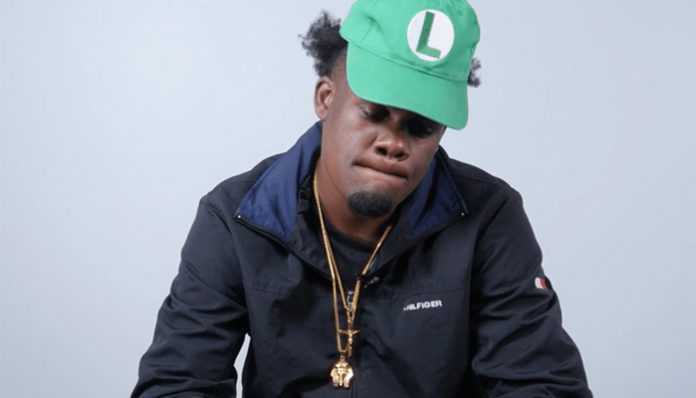 American rapper Ugly God rose to fame with his hit single, Water in 2016. Hailing from Indiana, he first started to rap while attending the University of Southern Mississippi. While his original intention was to become a computer engineer, he later dropped out of college in lieu of a music career.

Adopting his current stage name, he briefly experimented with his sound before delving into the hip hop world head first. Before long, he was collaborating with the likes of Bspace, and D-pow. In November 2016, Ugly God received a big break in the form of his debut single, Water. A major success, it ultimately went on to earn him a record deal with the Asylum label.

Since then, the recording artist has released a handful of records, most of which received high praises from fans. Not only that, but he’s put on multiple concert shows at a number of cities across the country. How much has he banked from everything that he has going for him? According to various sites, Ugly God currently has an estimated net worth of $250,000. Where did he earn this money from? Let’s take a look.

How did Ugly God Make His Money & Wealth? 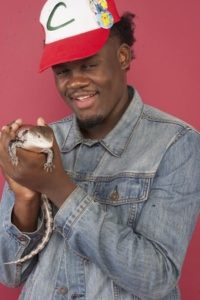 Born on September 19, 1996 in Indiana, Ugly God (Birth Name: Royce Rodriguez) moved frequently around the South and Midwest as a teen due to his parents’ work. Although he always held an interest in music, it wasn’t until he was a student at the University of Southern Mississippi that he first started to engage in rap. After attending college for a few years, where he had been working towards a computer science degree, he dropped out in lieu of pursuing a career in music.

At the beginning of his career, he performed under the alias, “P**** Bacon”. Unfortunately for the aspiring artist, he was forced to change his name after his parents found out about his rather, unique moniker. From there on out, he started to rap under the stage name, Ugly God. After a period of testing out his sound, he dropped his debut single entitled, Water in March 2016 through Soundcloud.

Produced by himself with help from Danny Wolf, the hip hop track quickly racked up the hits on the audio-streaming website. Since it was first uploaded, it has been played more than 87 million times (and counting!). As its popularity continued to peak online, it caught the attention of Asylum Records, who eventually signed Ugly God on as a new artist. Through the imprint, the song was  re-released as a single on November 18, 2016. A commercial success, it entered the Billboard Hot 100 at number 100, where it stayed for four weeks; it also reached number 34 on the Hot R&B Songs chart. To this day, it remains to be his best charting single.

A year later, the Indiana rapper delivered his next single, F**k Ugly God on June 27, 2017. A smash hit, it received over 1 million streams on Soundcloud within just five days. On Youtube, the official audio has also garnered more than 474,000 views, and 24,000 likes. Although it didn’t land a spot on the US music charts like his debut endeavour, it proved to be popular among his fanbase nonetheless. If anything, it only boosted his popularity further.

Aside from what he’s earned from the two singles, Ugly God has also participated in a handful of collaborative works in the past two years. For instance in April 2016, he was featured in Bspace’s rap hit, Codeine– a song that has since been viewed over 1 million times on Youtube. That same year, the rapper also made guest appearances in Glock by Famous Dex, 50 White Bxtches by Bpace, and Sneeze On a B**** by d-pow.

In March 2017, Ugly God made an appearance in DJ BJ’s rap title, Let’s Do It, which also featured rapper Trill Sammy. Given positive reviews all around, its view count is currently nearing 9 million on Youtube. From there, he contributed to Wintertime’s single, How Do U Feel (Remix), which was made available on June 16, 2017. So far, it has been streamed over 463,000 times on Soundcloud.

In addition to record sales and the like, the artist also earns a significant amount from putting on live shows. Looking back at 2016, he performed over a dozen dates in the United States alone- from Chicago, Illinois to Pensacola, Florida. As for this year, Ugly God has also been hitting the stage since January 2017. According to his official website, he is slated to perform throughout the summer until September in Philadelphia, Pennsylvania.

Despite having only posted a single video, his Youtube channel currently has over 176,000 subscribers. From his official music video for Water, Ugly God has amassed more than 30.4 million views on his page- assuming that he’d joined Google’s partnership program, he would have been able to monetize the popularity of the MV. On average, the web giant pays its users upwards of a few dollars per 1000 views. From our calculations, the rapper would have been able to earn a few tens of thousands  from the video alone.

No, from what we can tell the rapper is not married and is currently single.

Does Ugly God Have Any Children?

No, the twenty year old does not have any children that we know of.

Did Ugly God Go to College?

Yes, the rap star went to college. After graduating from high school, he went to the University of Southern Mississippi, where he worked towards becoming a computer engineer. Ultimately, it was during his time there that he first got involved with rapping- after a while, he decided to drop out to pursue a music career full time.

Where Did Ugly God Get His Name From?

Allegedly, his stage name “Ugly God” is a reference to his “ugly looks”- which he first realized he had when he was a child. In fact, he looks down to himself so much, that the “God” refers to him being “the ugliest guy on earth”, in that he literally is the “God of the Ugly”.

In the past, he also went by the NSFW moniker P**** Bacon. Regarding that title, he explained that he’d wanted something “a little bit more marketable”.

Where Does Ugly God Live? Pictures of Ugly God’s House

At this time, we do not have any information or images of Ugly God’s house.

As mentioned earlier, Ugly God has been hitting the roads for his 2017 tour- according to his website, it will be continuing until early September.

In terms of upcoming projects, the artist has been working on putting together his debut mixtape, The Booty Tape. Both of his singles, Water and F*** Ugly God will be included in the project. No release date has been announced as of yet.