Stan Wawrinka Net Worth 2018 – How Wealthy is the Tennis Player Now? 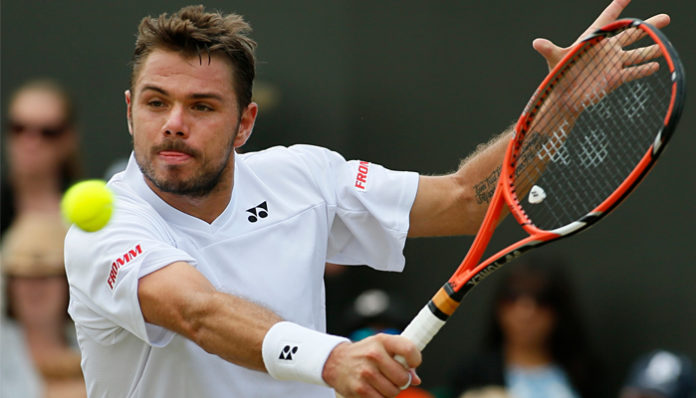 Known for his backhands and serves, Stan Wawrinka has obtained several titles throughout his professional tennis career. Hailing from Switzerland, he first picked up the the sport during grade school as a hobby; it wasn’t until his early teens that he started to pour more hours into practicing. From there, he eventually turned professional at the age of seventeen.

Since then, he has participated in several competitions including the Olympics, Grand Slam Tournament, Davis Cup, US Open, among numerous others. Hailed as one of the greatest players in the sport, he successfully defeated the world’s number one player three times throughout his career. Not only that, but he’s also reached the finals at the French Open, Mutua Madrid Open, and BNP Paribas Open.

How much does a professional tennis player like Wawrinka make from playing on the court? How much has the 32-year-old banked from his career so far? According to various sites, the Swiss star currently has an estimated net worth of $16 million. Where did this fortune come from? Let’s take a closer look at his career.

How did Stan Wawrinka Make His Money & Wealth? 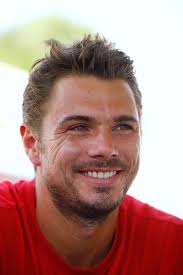 Born on March 28, 1985 in Lausanne, Switzerland, Stan Wawrinka first started the play tennis at the age of eight- at the time, it was just a hobby that he pursued once a week. It wasn’t until later on that he began to pour more time into the sport; by the time he was eleven years old, he was practicing three times a week. From there, he eventually dropped out of regular schooling to focus his time and efforts entirely on tennis- he would later continue his education via CNED, a French distance education program which allowed for greater flexibility.

In 2002, Wawrinka- who was seventeen years old at the time, turned professional; he had been coached by Dimitri Zavialoff. Playing as a junior, he competed in several events during his teens including at the Junior French Open in 2003- he eventually reached number seven in the junior world rankings that summer. The following year, he played doubles alongside fellow Swiss player Marc Rossett at the Swiss Open. Despite several great games, they ultimately lose during the finals to David Riki and Leander Paes.

Wawrinka later made his major debut at the French open in 2005; during the first round, he won against Nicolas Massu, an Olympic gold medalist from Chile. A few matches later, his run ended after he lost to Mariano Puerta. Following that, he participated at 2005 Wimbledon Championships and at the US Open. By the end of that year, he had landed a place among the top 50 players.

After getting to the finals at the Masters Series Event, he made his top 10 debut in 2008. The Swiss player then took part in the Beijing Olympics in the men’s doubles where he partnered up with Roger Federer. During the semi finals, they defeated Mike and Bob Bryan of the US to earn a spot in the coveted finals. Afterwards, they successfully beat the Sweden pair Thomas Johansson and Simon Aspelin to earn the top spot at the podium, and the gold medal.

In 2010, Wawrinka played at the Chennai Open, where he was defeated by Croatian player, Marin Cilic during the finals; he later lost to him again during the Australian Open. Just getting started, he then took part in the Monte-Carlo Rolex Masters where he won against Romanian player, Victor Hanescu during the first round. Although he managed to defeat Ernest Gulbis in the second round, he ultimately lost to Novak Djokovic during the third round.

Starting 2011 with a bang, he claimed the crown at the Chennai Open after winning Tomas Berdych from the Czech Republic. Eventually beating Zavier Malisse in the finals, he landed a spot in the 2011 Australian Open where he played against Andy Roddick and Roger Federer, the latter of whom he ultimately lost against. Later that fall, it was announced that him his coach Lundgren had gone their separate ways.

The next year, Wawrinka made several strides at the Australian Open- he ended up defeating both Marcos Baghdatis and Benoit Paires, although he eventually lost to Nicholas Almagro. From there, he traveled and played in Monte Carlo, Estoril before representing Switzerland at the 2012 Summer Olympics. The flag bearer during the Parade of Nations, he later paired up with Roger Federer in doubles; however they were ultimately defeated during the second round.

2013 was a productive year for the tennis player- he not only made it to the fourth round at the Australian Open, but he also played in what became one of the longest ATP double games in history alongside Marco Chiudinelli; in total, the match lasted over seven hours. From there, he landed a spot in the finals at the 2013 Copa Clara tournament, after which he won his fourth title- his first since 2011, at the Portugal Open where he effortlessly beat David Ferrer, one of the world’s top seeds.

Later that year, Wawrinka played at the ATP World Tour Finals held in the UK, for the first time in his professional career. Although he didn’t win against Rafael Nadal, he had actually scored more points during the game- which was a feat in itself; he subsequently advanced to the semifinals.

Continuing with his momentum, he attained his first Australian Open title at the 2014 Australian Open. After beating Alejandro Falla and Andrey in the initial rounds, he won against Novak Djokovic in the quarterfinals; he then went on to beat Tomas Berdych which earned him a place in the finals. Despite going up against Rafael Nadal, the world number one during the last round, he managed to pull off a victory which led him to be the second Swiss player to earn the Grand Slam title in the men’s singles.

In January 2015, Wawrinka earned the champion’s title at the Chennai Open, after beating Aljaz Bendene in the finals. Afterwards, he played as one of the seeds at the French Open where he eventually made his second appearance at a Grand Slam event. Several impressive matches later, he had come out as the grand champion, making him the firs former boys’ champion to snag the title in over 30 years.

Since then, it seems like his career has only continued to flourish. One of the highest paid tennis players in the world, it’s obvious that most of his multi-million fortune came from the sport. From everything that we’ve mentioned above, it’s clear that Wawrinka has earned himself a considerable amount in the form of prize money over the years. According to various sites, the Swiss star has yielded a total of $26 million from winning games alone, so far.

Obviously, a sports celebrity such as himself would also have several endorsement deals under his belt. For instance in 2014, Wawrinka signed a record breaking deal with Yonex- one that reportedly added $20 million to his bank account. A four-year agreement, it covered an array of products from rackets, sneakers, to apparel. Some of the other brands that he’s teamed up with include Audemars Piguet Royal and Evian.

Unsurprisingly, the 32-year-old has been featured in several television programmings over the years including The Tonight Show Starring Jimmy Fallon (2016), Live! With Kelly and Michael (2016), The Argentine Miracle of Tennis (2016), and Today at Wimbleton (2014).

Assuming that he doesn’t have any plans of retiring soon, it’s almost guaranteed that his overall assets will continue to reach new heights.

No, he is not married- however, he has been dating Donna Vekic, a fellow tennis player from Croatia since 2015. Since they first got together, the couple have been seen together in public on numerous occasions.

In the past, Wawrinka was married to his ex-wife, Ilham Vuilloud- the two had been together for six years from 2009 until 2015. Although many assumed that the cause of the separation were the tournaments and trips involved with his career, she later refuted such claims, stating that “his desire to regain his freedom” was instead, the cause.

Does Stan Wawrinka Have Any Children?

Yes, Wawrinka has a daughter (b.2010) named Alexia with his former wife, Ilham Vuilloud- she has been spotted on a few occasions at the tennis court with her father.

Did Stan Wawrinka Go to College?

No, Stan Wawrinka did not go to college. Seeing as how it was necessary for him to drop out of full-time school as a teen to focus on tennis practice, it would have been nearly impossible for him to take the necessary time out in order to pursue a college degree.

While we know that he had purchased a property in Saint Barthelemy, Switzerland a few years back, not much has been revealed about the home- other than the fact that it sports a full size tennis court in the back yard.

We do not have any pictures of Stan Wawrinka’s house to share at this time.

What Kind of Car Does Stan Wawrinka Drive?

The last time we checked, the tennis star was driving a black AUdi RS4 which is valued at approximately $60,000.

One of the best tennis players that the world has ever seen, Stan Wawrinka has won three Gram Slam titles (e.g. 2016 US Open, 2015 French Open, 2014 Australian Open), and an ATP World Tour Masters 1000 tile throughout his professional career. In addition to that, he’s also reached the finals at the 2017 Indian Wells, 2013 Madrid, and 2008 Rome competitions.

How Much Did Stan Wawrinka Make Last Year?

It is estimated that Stan Wawrinka made $4.4 million in 2016- although confirmation is still needed.

After playing in Brisbane, Stan Wawrinka took part in the 2017 Australian Open, where he ultimately ended up as the winner. Since then, he has also participated at the Indian Wells Master, Miami Masters, and at the French Open.