Stephanie Hollman Net Worth 2018 – How Wealthy is the Reality Star Now? 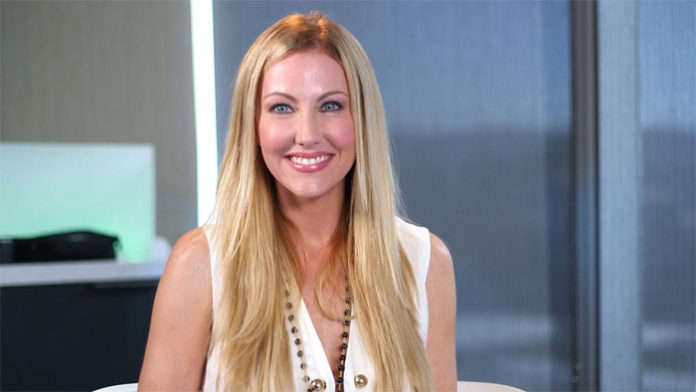 Stephanie Hollman came to the public’s attention after being cast in Bravo’s hit reality series, The Real Housewives of Dallas in 2016. Hailing from Oklahoma, she worked at several companies before making her television debut last year. A fan of The Real Housewives franchise herself, she was fortunate enough to land a spot on the show after being recommended by one of her girl friends.

Since she first appeared on the small screen in the spring of 2016, Stephanie has become a fan favorite on the series with her own dedicated fan base. Following the end of season one, it was announced that she will be returning as one of the main cast members in season two, which will be premiering in August 2017.

Now, it’s no secret that most “housewives” on the show are well off, but how wealthy is the blonde exactly? Here’s a hint- it’s well in the millions. According to various sources, Stephanie Hollman currently has an estimated net worth of $18 million. Where did she earn the bulk of this wealth from? Let’s take a look.

How did Stephanie Hollman Make Her Money & Wealth? 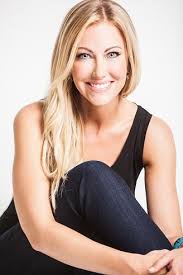 Born on June 13, 1980 in Oklahoma, Stephanie Hollman grew up in a very small town- one where everyone know everyone. Despite having been “very sheltered”, she enjoyed a relatively idyllic childhood. Unfortunately, not much else is known about her early life (she hasn’t talked about it much). After graduating from a local high school, the blonde went to Oklahoma State University where she eventually obtained a bachelor’s degree in psychology.

From there, she worked as a social worker for Head Start during the day and at the Madonna House- a shelter for pregnant, homeless women at night. A rewarding job, she helped many individuals get back on their feet over the years. As she continued on with her career, Stephanie eventually met her husband Travis, through a common friend over dinner (and lots of wine). With time, their friendship grew into something greater and they started a relationship (during which she alternated between spending time in Oklahoma and Dallas); six months after meeting Travis, the two got engaged.

Shortly afterwards, they made to move to his hometown of Dallas; before long, they had grown to be a family of four, with the addition of two children. Having said all of that, it wasn’t until 2016, after she was cast in Bravo’s new reality series, The Real Housewives of Dallas that she first rose to prominence. As it happened, Stephanie herself had been a fan of the franchise for many years; in fact, she had been watching the show ever since the first season of The Real Housewives of Orange County in 2006.

How did the social worker land a spot on the series? At the time, one of her girl friends had recommended her and her best friend Brandi for the show. A “really fast process” according to Stephanie, the two were subsequently asked to be part of the franchise. Considering what a big fan she was of the franchise, it’s no surprise that she accepted the role. Today, she still reminisces on what a “cool honor” it was- to be able to be part of the same franchise as the women whom she has “admired and looked up to” for many years.

One of the main cast members of The Real Housewives of Dallas- the ninth installment of the franchise, Stephanie made her debut on the first episode, which aired on April 11, 2016. Joining her were Cary Deuber, Tiffany Hendra, LeeAnne Locken, and Brandi Redmond. Considerably popular, the show drew in over one million viewers during the initial episode; although ratings later dropped for the subsequent episodes, it maintained a loyal group of viewers every week.

In the first season, Stephanie’s friendships are tested after she gets pulled into a quarrel between LeeAnne and her friend, Brandi; other aspects of her live are also highlighted including her involvement with charity, and her relationship with her husband. After a 10 episode run, it ended on June 13, 2016- a one part reunion later followed a few days later. Since then, it has been announced that she will be returning as one of the main housewives in season two, which will premiere in August 2017.

How much was she paid for being on The Real Housewives of Dallas? Although her salary has not been disclosed, it’s speculated to be around the $275,000 mark. Seeing as how she’ll be coming back for round two this summer, it’s likely that she was also able to negotiate an even greater pay.

Aside from what she’s earned from starring on the Bravo show, it appears that a large portion of Stephanie’s wealth stems from her husband’s work. Her husband Travis, is currently the president of Hollman Inc., a company that creates fitness lockers for a number of organizations and colleges.

Yes, the 37-year-old mom of two has been married to her husband Travis for several years now. As mentioned above, the couple had originally met through a mutual friend over a dinner.

Does Stephanie Hollman Have Any Children?

Yes, Stephanie Hollman has two sons with her husband named Cruz and Chance; the two have made a handful of appearances on her social media accounts.

Did Stephanie Hollman Go to College?

Yes, the reality star went to college. Upon completing high school, she went to Oklahoma State University where she obtained a bachelor’s degree in psychology.

In December 2016, her and her husband snatched up a luxury home at an auction for $5 million. Located on Turtle Creek Drive in Dallas, Texas, exquisitely built mansion features a Jacuzzi spa, a media room, a wine bar, as well as a swimming pool in the main foyer.

What Kind of Car Does Stephanie Hollman Drive?

We do not have any information on Stephanie Hollman’s vehicle at this time.

How Much Did Stephanie Hollman Make Last Year?

Although it’s not certain, it’s estimated that she made at least $275,000 from starring in the first season of The Real Housewives of Dallas in 2016.

Dedicated to charitable giving- which happens to be one of her greatest passions, she has given back to several organizations over the past years including Big Brothers and Sisters of America (where she’s been involved for nine years), The Family Place, AIDS Services of Dallas, and the Chris Kyle Memorial Benefit and Auction. She pretty much throws herself into charity work at every chance that she gets.

Stephanie Hollman is presumably busy filming for season two of The Real Housewives of Dallas, which will premiere in August 2017.