Betty’s Pie Whole Update 2018 – What Happened After The Profit 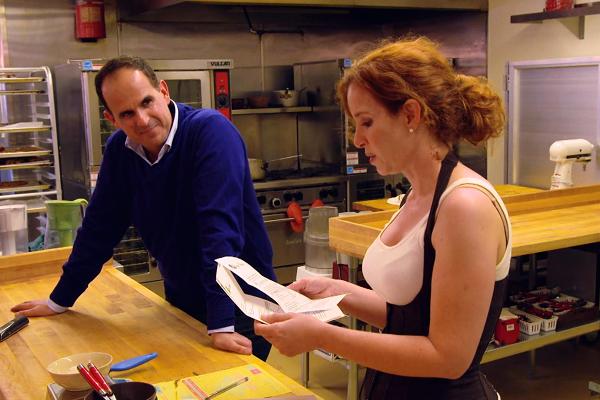 Marketing herself and her brand as a “Pie wrangling, Karaoke singing Southern lady”, Betty of Betty’s Pie Whole is one of those owners that you know off hand is someone who loves what they do, and has done it for nearly a decade. Primarily working around desserts and meal pies (especially mini-pies), Betty’s was founded in Encinitas, California as a sweet oasis, alongside the much more urban and aesthetically different Elizabethan Desserts brand, which is likewise owned by Betty. While in concept these shops have quite successful model, recent years have lent quite a bit of struggle to the business owner in terms of finances and stress. And that is where Marcus and The Profit step in.

Coming off the heels of the lost deal on Da Lobsta, Marcus was looking to make a deal with someone he feel he could really help. To this end, he meets Betty, the owner of Betty’s Pie Whole and another location, Elizabethan Desserts. From the start, it’s shown that the Elizabethan Desserts location was more of a Victorian curse than a victorious business.
On arrival, Marcus seems to like the quirky nature of the surrounding florists and Betty’s shop making a sort of destination. Also entertaining is the fact that despite showing up well before noon, most of Betty’s pies are sold out, and a customer mentions coming twice a day in some cases to check out the selections. Popularity is a huge plus for Betty’s. Sadly, financial knowledge is not a strong suit for the owner, though even without it her primary location is barely registering losses (around $500). That being said, Elizabethan Desserts is killing her business at a loss of $50,000 the year before the show aired.

Marcus then gets a tour of the back, where a pretty vibrant crew lead by the Manager, Shay greets him. A big question for her was about production, as Marcus notes that there’s not a lot of pies currently available, and confirms the fact that equipment failures and lines out the door are commonplace. This is clearly not a problem in terms of sales, but in production. In inspection, it’s clear the workplace is at around 50% capacity, and when pressed, Shay admits that while Betty is a good person and good boss, management isn’t really her thing. This is again noted when Betty admits she “wings” her recipes, as opposed to having set recipes.

When discussing inspiration and family, Marcus treads some delicate path and upsets Betty, who explains she can’t see her mother in Texas nor help her much. She then states she doesn’t mind working hard or not being a millionaire, but wants to spend time with her family. Marcus encourages her, and she says that she will abide by his advice as needed.

The next day, Betty shows him the second location, which is clearly a whole other animal. Marcus is immediately not a fan of the place, due to huge rent fees and an aesthetic that is at best flat. After this, they go back to Pie Whole to discuss finance. Marcus is impressed with the margins, but employment eats those gains. Clearly, equipment improvements can improve efficiency and gains. Now, for the Elizabethan store, there is harder finances and it’s clear she is spread too thin. Marcus offers her $75,000 for 25% of the business, as well as help with the kitchen equipment. She happily accepts the deal and plans to see him tomorrow.

After the deal, Marcus talks to the staff about new improvements. Processes and equipment will be improved and recipes formulated. Marcus then encourages her to focus on just the Pie Whole location. He then takes Betty to the kitchen to renovate and make a few pie recipes, as well as properly write them down. Sadly, Betty does not write down details, apparently unable to not wing it. This frustrates Marcus to the point of walking out. He then comes back to discuss the fact she has talent, but no real focus. He tells her that she needs to be focused and trust the process he’s putting forth. They then go through the kitchen to select what equipment should and should not remain as a physical lesson.

Later, Marcus introduces Betty to Mark, who will help Betty get some new equipment for her. They then go to Elizabethan Desserts and he states that they need to shut it down. He states that she has a choice to either have what she wants, or fail at her two businesses, with likely both sinking the other. He does assure her though that the workers will still have a job, but she excuses herself as she feels she will be losing a chunk of herself in the immediate closing. Marcus apologizes for her hurt feelings, but stands firm. They make an analogy of breaking up with a mooch, which makes it easier for her.

Over the two weeks between meetings, Marcus has ensured that Betty’s equipment is on a whole new level, and now it’s time to check on how the team will handle the new workplace. Starting out there’s promise as Betty talks to an employee but how she will create exact recipes to help them out. A bit of trouble arises when it’s discovered that Betty has still been making ice cream, despite Marcus getting rid of the maker. An issue of trust then occurs, and she agrees to take the machine home and only use it for herself. At reopening, the staff and customers seem happier, and production is way up. The recipe books also make an appearance, and the final question of Ice Cream is pleasantly answered, being provided by another local company. At the end of the episode, Marcus gifts her plane tickets to go see her mother, which brings her to tears of joy. While the first part of the episode as a whole came to a crash with Da Lobsta, the business of Betty’s Pie Whole ends up leaving both Marcus and the audience satisfied.

After The Profit, things have been looking pretty sweet for Betty’s Pie Whole. Despite soon after the showing of the episode Elizabethan Desserts, the sister location of Betty’s closing, it appears they are open again and back to getting rave reviews. Likewise, Betty’s is doing great on the customer side of things getting on average around 4.5 out of 5 stars and being on the very affordable side in terms of menu options. What is particularly impressive is that on the negative reviews the owner, unlike so many others, does not get defensive or try to delete comments. Instead, she actively tries to solve the issue with the customer in a friendly and professional manner. All in all, it would seem that Betty is not only an excellent baker, but now an excellent businesswoman.