Trevor Moran Net Worth 2018 – How Wealthy is the Singer Now? 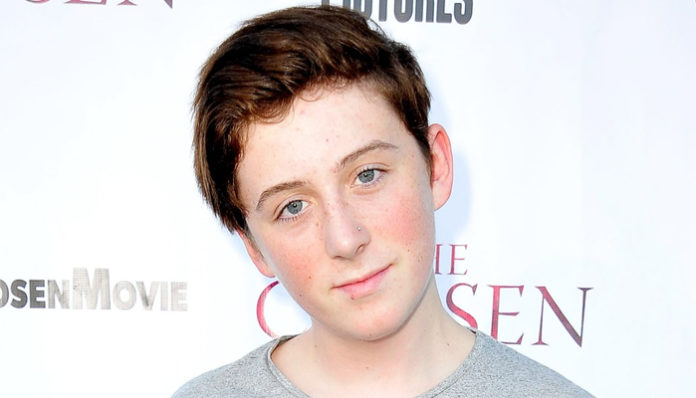 American singer-songwriter Trevor Moran rose to fame after competing in the talent competition series, X Factor in 2012. Hailing from California, music was always a huge part of his life growing up. When he was ten years old, he made the decision to join Youtube, after which he began uploading videos of himself dancing on his channel.

However, it wasn’t a few years later, that he first gained attention after performing on Fox’s hit show, The X Factor. Thirteen years old at the time, Moran’s performance during the auditions earned him four approvals from the judge’s panel; having said said, he was soon sent home during the Boot Camp stage. Despite not winning the competition, the aspiring singer later released his debut single, Someone in September 2013.

Since then, Moran has released several other titles including The Dark Side, Echo, I Wanna Fly, Steal the Show, and Got Me Feelin’ Like. Not only that, but he’s also dropped two charting EPS, XIAT and Alive in 2014 and 2016 respectively.

How much has the teen made from his various endeavors? According to various sources, Trevor Moran currently has a net worth of $150,000. How many streams of income does he have? Let’s take a look.

How did Trevor Moran Make His Money & Wealth? 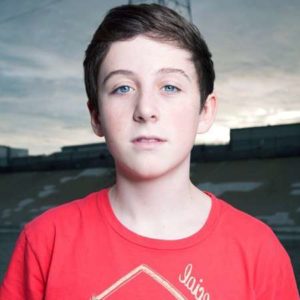 Born on September 30, 1998 in Poway, California, Trevor Moran is the son of Tim and Nicole Moran. Growing up, he loved to sing, as music played a large role in his life. In 2008, when he was ten years old, he made his first step into the social media world by creating his own Youtube channel. Shortly afterwards, he began uploading videos of himself dancing to various hit songs at Apple stores, clips that soon went viral on the web, garnering him thousands of subscribers.

Having said that, it wasn’t until he was featured on Fox’s hit competition series, The X Factor in 2012 that he first gained widespread attention. Trying his hand out at the show, Moran performed a rendition of Sexy and I Know It by LMFAO during the auditions; it later netted him four votes from the judges’ panel which successfully sent him into the next round. At just thirteen years old, the California native was one of the youngest contestants there at the try outs.

From there however, things didn’t go as smoothly as he’d hoped- prior to taking the stage during the live auditions in San Francisco, he passed out. Although the cause was unclear at the time, Moran has since revealed that the culprit might have been an energy drink that he had consumed moments prior (e.g. too much caffiene). Despite putting his best efforts into the competition, the teen was eventually eliminated during The X Factor‘s Boot Camp Stage.

In spite of the setback, Moran continued forwards with his music areer. In 2013, he came out with his debut single titled, Someone; he later followed up with another track called, The Dark Side that December. The following year, the singer released two additional records titled, Echo and XIAT.

On December 9, 2014, his debut extended play dubbed XIATwas released through the Gotham Alpha label. Released as a digital download, it contained five titles- all written based on his own personal experiences in life including XIAT, Now or Never, Slay, and Echo. Since then, the lead single has received over 1.4 million views on Vevo. Praised by fans, it topped the US Heatseekers chart and settled at number 17 on the US Independent Albums Chart.

Continuing with his burgeoning career as a recording artist, Moran later released the singles, I Wanna Fly, Let’s Roll, and Steal the Show in 2015, the first two of which were taken from his second EP. The extended play titled, Alive, was independently released on January 22, 2016. Released through iTunes, much like his earlier effort, it boasted five songs including Let’s Roll, Got Me Feelin’ Like, I Wanna Fly, Alive, and Cold. Another chart topper, it peaked at number one on the Top Heatseekers Chart and number 10 on the Top Independent Albums Chart, surpassing that of his previous EP.

On top of what he’s earned from his music, Moran has another stream of revenue- Youtube. Since he first created his channel in 2008, it has amassed over 1.3 million subscribers and has received more than 72 million video views. Known for posting various music videos and vlogs, his most popular upload to date, Exposiing the X Factor has since been viewed over 3.2 million times. Some of his top videos include Apple Store Dance to Check it Out!!, Someone – Trevor Moran, How to Sing, and Ghost Hunting with Shawn Dawnson.

Assuming that he’s part of the Google partnership program, he’d be able to earn upwards of a few dollars per 1,000 monetized views by displaying ads on his videos. Seeing as how he has accumulated over 72.8 million total views, he would have made at least $50,000 through his Youtube channel to date.

Going by the statistics provided by Socialblade, it would appear that his Youtube channel has been growing at a steady rate since early 2014. Not only does he gain a few hundred new subscribers a day, but he also receives anywhere from 30K to 80K video views on a daily basis. Considering this rapid growth, it wouldn’t be surprising for his earnings from Google to increase further in the next few years.

No, the 18-year-old is not married- in fact, he is currently single from what we can tell. In October 2015, Moran public came out as being gay in a video titled, “I’m Gay! :)” on Youtube.

Does Trevor Moran Have Any Children?

No, Trevor Moran does not have any children.

Did Trevor Moran Go to College?

Unfortunately, not much is known about his education history. Seeing as how he’s eighteen years old, it’s likely that he recently just finished high school.

We don’t know too much about his housing situation- having said that, we do know that he currently resides in Hollywood, Los Angeles. Regrettably, we do not have any images of Trevor Moran’s house to share at this time.

What Kind of Car Does Trevor Moran Drive?

We do not have any information on Trevor Moran’s vehicle at this time.

Since he first caught the nation’s attention on The X Factor in 2008, Trevor Moran has released ten singles, and two charting extended plays- the latter of which both reached number one on the US Heatseekers music chart.

As far as accolades go, he received a Teen Choice Award for Choice Web Star: Comedy in 2014. In 2015, he was also nominated for a Macy’s iHeartRadio Rising Star Award- although he ultimately lost to Christine Grimmie.