Syahrini Net Worth 2018 – How Rich Is Syahrini? 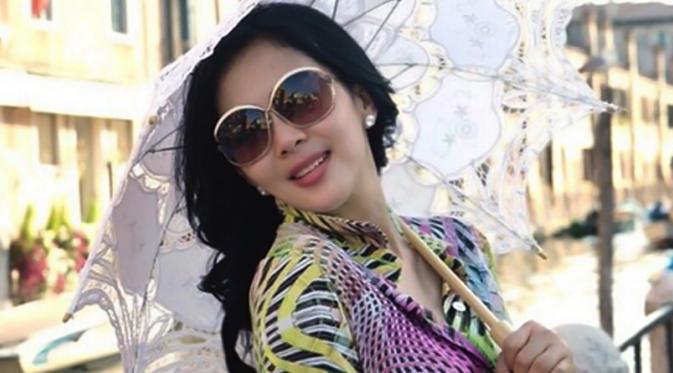 Syahrini is one of the hottest Indonesian pop stars around and it’s not hard to see why! A talented musician, stunning socialite, and all-around personality, she has what it takes to chase her dreams (and catch them!). Is the hype all true? It must be, because this stylish lady is making music and making bank, exploding across the international scene like few before her. Let’s take a look at her meteoric rise to stardom (and see if we can’t learn some of the secrets to her lucrative success…).

How Did Syahrini Make Her Money & Wealth? 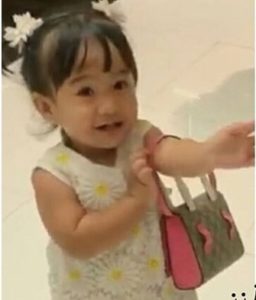 Born Fatimah Syahrini Jaelani on August 1, 1980 to Dadang Zaelani and Wati Nurhayati, she grew up in Sukabumi, Indonesia (West Java). Always an independent, happy child, she was drawn to the performing arts at a young age, often singing and dancing with her siblings Ridwan Jaelani and Aisyahrani. In 2007, her debut single ‘Tatapan Cinta’ (Love’s Gaze) was featured on the official soundtrack of the film Chocolate Strawberries, and a star was born. Following this lead into fame, Syahini starred in the 2008 film Basahhh and released her first studio album, ‘My Lovely’, to a warm critical reception. In 2009, she met Anang Hermansyah on the TV show Indonesian Idoland the two became duet partners, releasing an album ‘Jangan Memilih Aku’ (Don’t Chose Me) to the delight of their fans.

Her acting career continued to develop in tandem with her musical career, as 2009 saw her starring in the film The Maling Kuburans, and since 2011 she’s been a staple of Indonesian reality TV, appearing as a judge on Indonesia’s Got Talent, on various comedy variety shows, and helming her own show, Princess Syahrini, in 2014-2015. In 2012 she released her second studio album, ‘Semua Karena Cinta’ (Done All For Love) to rave reviews and an ever-increasing Internet following. Interested in fashion and always topping the latest trends, she’s no stranger to the cute selfie while showing off her latest outfit. Currently, Syahrini has a net worth of $20 million, over 18 million followers on Instagram, nearly 4 million followers on Twitter and shows no sign of slowing down her fast-paced, creative lifestyle. 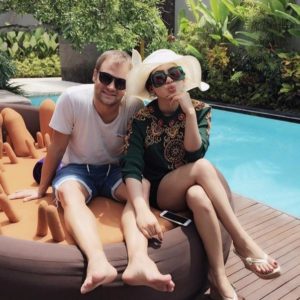 Syahrini is not married. A relationship with Malaysian stud Raja Mohammad Syazni (‘Bubu’) ended in 2012 in a mutual split due to the pressures of the media. However, Princess Syahrini hasn’t locked herself in a tower to just wait around for a handsome prince! Rumors swirled in 2015 that she was involved with Jeffrey Sutorius of Dash Berlin after a series of Instagram posts from holiday in Bali seemed to hint that they were more than just friends. Any rumors remained rumors until last summer, when Syahrini shared that she’d found a certain special someone abroad but was worried that religious differences might be an issue (she’s Muslim). She’s promised that when the time is right, they’ll reveal his identity and their love to the world, so gentlemen readers, it might be time to give up on your hopes of woo’ing this fair princess.

Did Syahrini go to college?

Not only does Syahrini have incredible talent, she’s got the brains to back it up! She earned her undergraduate law degree from Pakuan University, located in Bogor (West Java, Indonesia). Pakuan is the oldest and largest private university in the province and can now boast of having a very esteemed alumni.

Where does Syahrini live? 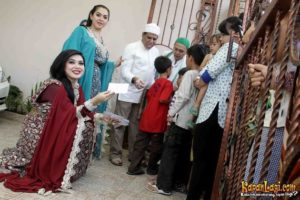 Syahrini lives in Jakarta, the massive capital of Indonesia, with her family. While the net worth of her family isn’t public knowledge, it’s not exactly a secret that they’re able to live well. A huge gated mansion is the usual retreat for celebs looking to unwind but for Syahrini, it’s another way to get to know her fans. During open houses, she’s invited fans young and old to meet and greet with her and her family.

Has Syahrini won any awards? 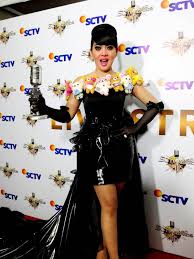 What are Syahrini’s musical influences? 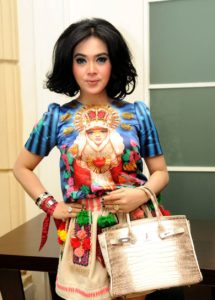 Syahrini has said in interviews that many artists have influenced her but that Tata Young and Beyonce Knowles have been major inspirations both musically and in their attitudes towards fans. She credits Indonesian pop star Krisdayanti (aka KD, one of the most popular and prolific Indonesian pop singers of the 20th century) as a huge influence on her style. Speaking of style, she’s been quoted saying that mega-stars Rhianna and Kim Kardashain have been among her fashion idols, as well as the band Pussycat Dolls and the ultimate icon of style and sophistication, Jacqueline Kennedy Onassis. Whether on the red carpet, on stage, on screen, or just a quick selfie on the go, Syahrini’s dedication to looking her best is evident, in both Western and traditional fashions.

What does Syahrini do with her wealth? 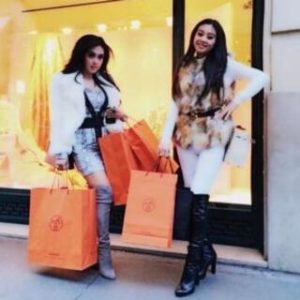 If there’s one thing Syahrini has admitted to loving, it’s shopping. Meticulous about her look, clothes make the celeb and clothes don’t come free. Fortunately, if you can afford the best (and Syahrini clearly can!) the sky is the absolute limit. Rumored to have dropped over $100,000 on a shopping spree in Hong Kong in 2012, her manager let slip to the press that it took 9 suitcases to bring her haul back to Indonesia. Besides a little ‘retail therapy’, and vacations, she’s quite responsible with her wealth. No wild expensive party weeks or extravagant yachts for her (yet!).

What’s next for this star of the Indonesian scene? According to social media, Syahrini is hard at work on some new projects but hasn’t dropped any clues yet. Fans are speculating it’s anything from another studio album to a new TV show and the rumors are flying thick and fast. No matter what the next year brings, her future remains bright and with her name becoming known across the world, Syahrini stands poised to take control in a major way.