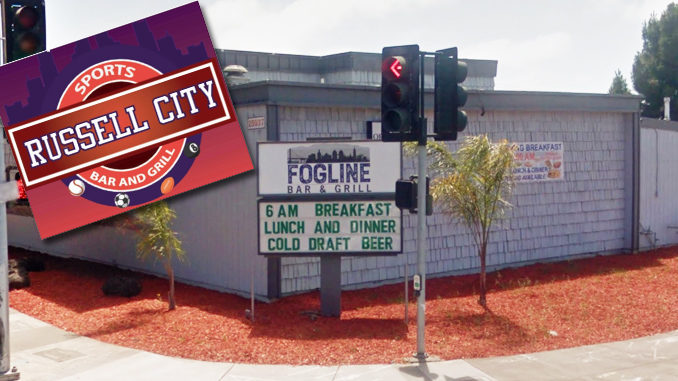 In 2014, construction worker Lee Bellet got an unexpected opportunity to fulfill a lifelong dream of opening a bar. Lee’s mom was his best friend in the world and when he lost his mom, his world crashed – he went through a deep depression and things weren’t going well. However, his mom knew that he always wanted to own a bar and grill and when she passed, she left him some money for an investment opportunity, so he put that money into the dream. The bar is located in an industrial part of Hayward, California. When he first bought the place, sales were about $50,000 a month.

Customers would come in and enjoy each other’s company, catch the game, and eat and drink. However, those days are long gone. New to the bar business, an inexperienced Lee lacked proper management skills. Russell City currently has problems with lack of inventory, the lack of proper tools to work with, and many inconsistencies. The frustrated staff began to act out, and Lee agrees that it is definitely like “inmates running the asylum.” To prove his point, footage is shown of the bartenders fighting each other and customers. Lee does not handle the conflicts, so the bartenders are left to police themselves. Lee has had customers on five different occasions tell him that they would not come back unless he fires every bartender in the building, which he cannot do.

To make matters worse, Lee’s friends took advantage of the opportunity. Lee has friends that come in, and when they come in, the friends pay for nothing and do not tip. Lee says that he has been friends with some of these people for 20 years, but the employees are frustrated. The friends are always going at it with the bartenders, and even sometimes Lee’s friends fight amongst themselves. Now, Lee’s staff and friends have driven away customers and profits. Lee has had to turn to his surviving father, and he has received a loan of more than $100,000 to help keep afloat. Lee is in debt $280,000 and is at the point where if he does not fix the business, then he and his family are done. With nowhere left to turn, Lee has reached out for a bar rescue from Jon Taffer. 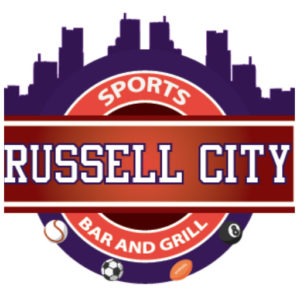 In Hayward, California, Jon pulls up to Russell City Bar and Grill. Hayward is about 20 miles from downtown Oakland, so it is a very blue-collar area. The number one employers in the area are industrial, and there are not a lot of bars in the area. Expert chef Aaron McCargo says that with few bars, there is little food competition. The streets of Hayward get quiet by 5 or 6:00 at night, so the bar does a lot of its business in the daytime for lunch and happy hour. However, the great thing about the bar is that if you can attach to the locals, you can pull the same customers in almost every day.

Jon and his car of two experts pull up to the front of Russell City Grill and Sports Bar, and Lisamarie Joyce says that the restaurant is a box and looks just like the industrial places across the street. There is nothing warm and welcoming about the bar. The word “no” appears four times at the front door – no pets, no smoking, no firearms, and no pictures/videos. Jon admits he would never go in. In the bar, Lee is playing billiards and Jon explains that he bought the bar with inherited money. He is about $300,000 in debt and his father has invested $15,000 a month to help keep things running. However, his father is broke and done – Lee has tapped out his mother’s inheritance and whatever his father had left. Bartender Josie, L-Boogie, Pineapple, and Nikita all take a shot together with one of Lee’s friends. The staff taking shots is horrible, and expert mixologist Lisamarie Joyce says that she hates when bartenders have to drink to work. The bartenders are drinking more than the customers, Jon points out. 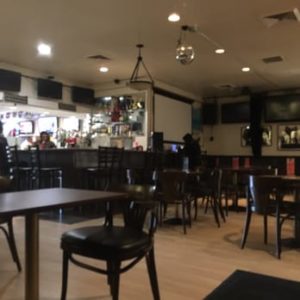 Lee’s friend, Church, is a chaplain who is present at the bar all the time. In the kitchen, cook Sherrie proceeds to make tacos. However, she touches the meat and tortillas with raw hands, which spreads cross contamination all over the kitchen. The kitchen is disgusting with leftover grease on the flattops, and the grease trap is overflowing. The entire thing is a fire hazard. Jon explains that right out of the gate, there are no rules because nothing is clean. There are no systems because everything is disorganized – Aaron explains that they just close up shop and go home. Even worse, there is no quality because without any cleanliness or systems in place, there can be no quality.

The bartenders use coarse language to talk with the customers, and Lisamarie Joyce looks repulsed. One of the bartenders takes her belt off, and Lisamarie explains that as a bartender, one of the biggest things about being a bartender is service. The bartenders are putting lipstick on by using the bottle as a mirror, they are over pouring, and they just generally seem inattentive. They are back there “having their own little girl’s slumber party.” This is a business. Josie looks incredibly annoyed by her coworkers’ antics.

Pineapple and Nikita are just messing around while Josie is the only one working, and one of the customer’s chicken wings are raw and disgusting. Josie takes it back to the kitchen to cook Sherrie, and Jon says that unless the bar gets it together, people are going to get sick. Lee is still there playing pool, ignoring his staff and customers. Nikita then launches into a tirade about “not wearing panties on the beach” and Josie looks even more annoyed. Nikita then launches into a loud complaint about how she received only a dollar in tips, and Lisamarie is beside herself. The bartenders bicker with each other and have an annoying entitled attitude, and Jon feels like he has seen enough of the free-for-all. He storms into the bar to start setting things right, and as Jon walks into the bar, Church, Lee’s friend, steps behind the bar to make himself a drink. 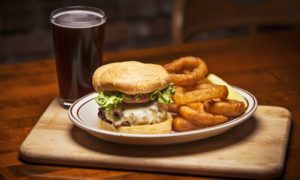 Since the Bar Rescue episode, Russell City Bar and Grill has been renamed to Fogline Bar and Grill. The name still remains to this day, and many fans of the bar have praised the bar rescue. Fogline Bar and Grill has a solid 3.5 star rating over 84 different reviews, which is an unusually high number for a Bar Rescue review on Yelp. I think this can be attributed to the “sleepy-town” nature of the industrial area. Most of the praise on Yelp is about the affordable drinks and food menu, which has netted the bar a single $ review out of a possible 4 $. The bar still looks unassuming and very industrial, despite Jon Taffer’s contractors redoing the entire outside.

However, some complaints are still heard about the service, or lack of. On a busy night, the bar tends to ‘shut down’ and takes a long time to get orders as basic as burgers or fried pickles out, and drinks take awhile to prepare and can have more or less alcohol in them than is required. The most frequent complaint is about the limited beer selection – typically, a 16 oz Bud Lite is around $4.50 at Fogline. One interesting note is that two of the bartenders, L-Boogie and Pineapple, have voiced concern about appearing on the show because they were not compensated for their appearance.