Nate Maloley Net Worth 2018 – How Wealthy is the Rapper Now? 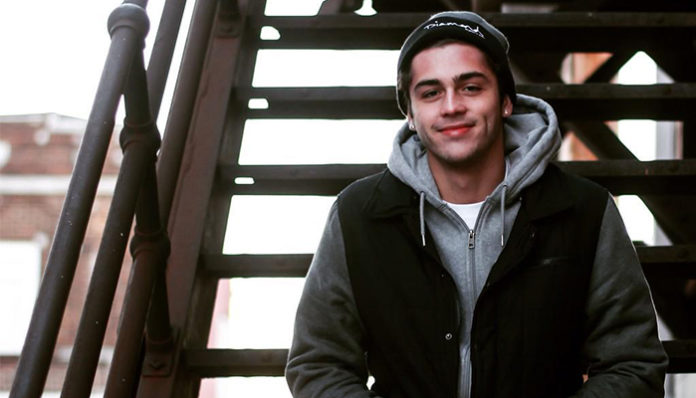 Nate Maloley- better known as Skate, first established himself in the rap world with his 2015 mixtape, Twenty-Fifteen. Born and raised in Nebraska, he fell for hip hop after attending a concert during his high school days. The life-changing event ultimately led him to relocate to Los Angeles after his graduation in attempts to pursue a music career.

By 2014, he had collaborated with the likes of Jack J, Sammy Wilk, and Jack & Jack. From there, Skate eventually dropped his first online mixtape titled, Twenty-Fifteen; it was later followed by a full length release, just a few months later.  Since then, he has filled his catalogue with a number of new hits including Wassup, Little Bit, Malski, and Don’t Wanna Go Back.

More recently this January, the Nebraska rapper dropped his first extended play, Finally We Meet, which garnered praises from fans and critics. Rising quickly in the hip hop realm, his popularity has soared in the US over the last two years. How much has the 22-year-old managed to earn from his various endeavours? According to various sources, Skate Maloley currently has an estimated net worth of $70,000.

Let’s take a look to see how how’d managed to earn this figure over the years.

How did Nate Maloley Make His Money & Wealth? 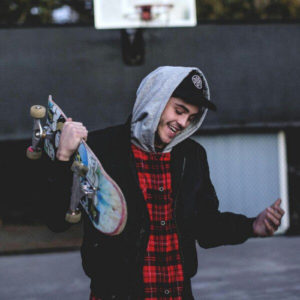 Born on January 17, 1995 in Omaha, Nebraska, Skate (Real Name: Nathan Maloley) grew up with his two siblings in the city of Papillion. As a teen, he went to Paillion La Vista Senior High School, where he was an active member of the basketball team. Aside from sports, he also had a fond interest in music growing up. Having said that, it wasn’t until he attended a Wiz Khalifa concert one day during his freshman year, that he first fell for the rap genre as a whole.

Upon graduating, he advanced to Hastings College where he continued to play basketball. Prior to obtaining his degree however, he left- having made the decision to pursue a rap career. Adopting his current stage name, “Skate”, he began collaborating with his longtime friend Sammy Wilk. In October 2014, the two released the single titled, Signs online. Featuring Ty Alaxander, the track was a big success- it quickly scored positive reviews from fans.

Continuing to record with Sammy, the pair dropped their next collaboration, Party People in November 2014. Given more than four stars on the iTunes store, the song proved to be another hit among fans. Not only that, but it also helped to garner the new rapper more exposure on the web.

Towards the end of the year, Skate was featured in Jack & Jack’s single titled, Like That. Even more popular than his earlier efforts, it has since garnered over 5.1 million plays on Youtube; its official music video, which was first uploaded on January 29, 2015, has also managed to rack up over 35.5 million views online. Thanks to the various features, it didn’t take long for the Nebraska rapper to get a sizeable fanbase of his own.

In April 2015, the rapper dropped his debut mixtape titled, Twenty-Fifteen. Made available via digital download, its featured production by Taylor King, West One, Bluntedbeatz, mjNichols, among others. Among its tracklist were the titles I Have a Dream, 4-Oh-2, Let the Rain Fall, Penthouse, Timezone, and Dave’s Song. Since its release, the tape has been listened to over 44,000 times on the popular mixtape streaming site, Datpiff.

On July 18, 2015, he released the single single, Little Bit through Freshlee Records. Two days after it was first made available via digital download, an official music video was uploaded onto Youtube. Since then, it has been viewed over 1.7 million times. That year, the song was also featured in the horror film, The Chosen, which starred actress Elizabeth Keener and Youtube star Kian Lawley.

That September, Skate came out with his second mixtape, Maloski. Accompanied by a Parental Advisory label (as it was with his earlier releases), it contained sixteen new songs including Brand Brand New, My Driver, High Like That, Would It Be Different, Sober Nights, Spent a Lot, and On Fire; the project also featured artists King Los, Mac Marley, Devin Cruise, and Jack J.

The rapper’s third mixtape, Skaterade was released on May 27, 2016. Over half an hour in length, it boasted eleven tracks- a handful of which included guest appearances from Southside, 50, Jaxon, and Chevy Woods.

From there, he delivered his fourth mixtape titled, Late 2 the Party during the holiday season on December 16, 2016. An early Christmas present to fans, the project included the titles What a Thing I Is, Cool Kids, Gg, Motion, Have Some Fun, Aint Worried, and Take a Puff.

Most recently this year, Skate presented fans with his long awaited extended play, Finally We Meet. Released on January 20, 2017, it featured five new songs- How Could You, Too Much, Something Different, Dreaming, and We$tSide Young One. Since it was first made available, it has been downloaded thousands of times on the web.

Aside from his singles and mix tapes, he’s also performed numerous shows on stage- all of which would have yielded him a handsome amount. For instance in early 2016, he headlined his first tour to promote the sale of his mixtape, Skaterade. Beginning in San Francisco, California, it saw him performing fifteen dates at fifteen different cities; the tour eventually ended at a sold out show in Hollywood.

As far as going in front of the cameras goes, the rapper made an appearance in the film documentary, Jack & Jack the Movie (2014), which revolved around the lives of his close friends, Jack Johnson and Jack Gilinsky.

No, the Nebraska rapper is not married. Having said that, he has been in a relationship with Instagram model Analicia Chaves since late 2016.

It’s unknown whether or not he’s dated anyone previous to his current relationship.

Does Nate Maloley Have Any Children?

No, Nate Maloley does not have any children that we know of.

Did Nate Maloley Go to College?

Yes, after completing his education at Papillion-La Vita Senior High School, he went to Hastings College- a private institution in Hastings. Prior to completing his studies however, he left to pursue a career in rap.

Unfortunately, we do not have any information or photos of Nate Maloey’s house.

How Much Did Nate Maloley Earn Last Year?

Regrettably, information on his 2016 income is currently unavailable.

The twenty something year old has come a long way since he first decided to become a rapper just a few years ago. As of 2017, he not only has a handful of singles to his name, but he’s also released four full length mixtapes- Late 2 The Party, Twenty-Fifteen, Skaterade, and Maloski.

In 2015, Skate was nominated for a Teen Choice Award for Next Big Thing, however he ultimately lost to American singer, Bea Miller.