Zuanpa Zurita Net Worth 2018 – How Wealthy is the Internet Star Now? 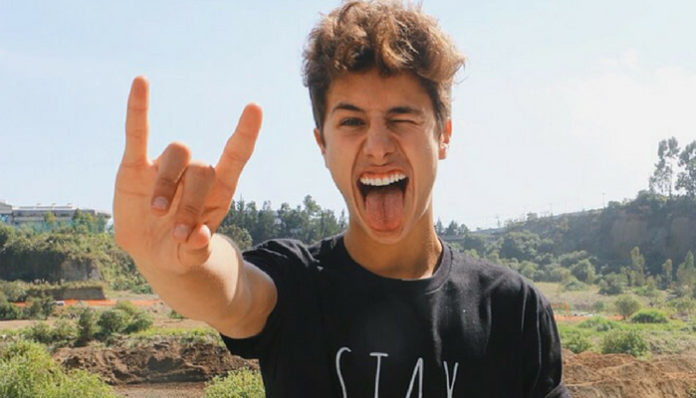 Spanish-speaking celebrity, Zuanpa Zurita first made himself known on Vine in 2013. Hailing from Mexico, he rose to fame on the video-sharing platform at the age of seventeen, after one of his clips went viral. From there, his popularity only soared further as he continued to post new videos- he even collaborated multiple times with fellow Vine star, Jerome Jarre. By the time the app shut down in early 2017, the teen had over 1.7 million followers on the app.

Since then, he’s gone on to attain a size-able following on Twitter, Instagram, Facebook, and Youtube. Combined, Zurita currently has over 20 million followers across the platforms; on the photo sharing app alone, he has more than 11 million fans! Later this year, the 21-year-old will even be making his big screen debut in the comedy movie, Airplane Mode (2017).

How much has Zurita earned altogether from his multiple online endeavors? According to sources, Zuanpa Zurita currently has a net worth of $1.5 million. How did he go about obtaining this wealth? Where does his money come from? Let’s find out by taking a more detailed look at his career.

How did Zuanpa Zurita Make His Money & Wealth? 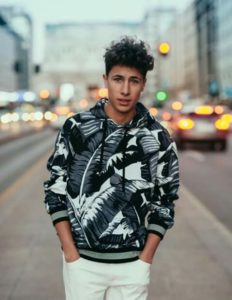 Born on March 29, 1996 in Mexico, Zuanpa Zurita has a brother named Andres, who is also active on social media. Seeing as how he rarely talks about his early life, not much is known about his childhood. Having said that, it’s assumed that he went to school in Mexico, where he’d spent most of his youth. Ultimately, it was during his late teens that he first got involved with social media.

In 2013, the then-seventeen year old decided to join in on the Vine party, as most teens were at the time. After creating an account for himself, Zurita started to upload a series of Vines onto his page- his first clip was that of, That Dog Killed Chuck Norris and Was After Me. A surprise hit, it ended up receiving hundreds of views within just a few hours time; before long, it had gone viral, having attracted the attention of thousands.

Unsurprisingly, his following began to soar as he continued to upload new Vines onto his account. It wasn’t long until he became one of the top Spanish-speaking users on the platform; from there, Zurita eventually reached one million followers, a feat worthy of celebration. To gain further exposure, he even collaborated with other Vine stars including Jerome Jarre on multiple occasions. By the time it was announced that the app would be closing, he had more than 1.7 million followers on Vine.

Since then, he’s continued to grow his following on various other platforms- including, Youtube. As of July 2017, he has over 5.3 million subscribers on his channel, and more than 280 million lifetime views. So far, his most popular upload, Pontelo o Cometelo Challenge ft. Lele Ponshas been viewed over 8.7 million times. Some of his other popular Spanish videos include Me Opere La Nariz, Todos Mis Vines, Que Probabilidad Hay? Ft. Julian Serrano y Mario Ruiz, and Salto en Paracaidas Extremo.

With the audience and view count that he has, it’s clear that Youtube is one of his most profitable platforms on the web. Assuming that he’s chosen to display ads on his videos as part of the site’s partnership program, he’d be able to earn upwards of a few dollars per 1,000 monetized view. Let’s do a little math- given that he receives at least $2/1000, he would have made at least $200,000 from his Youtube Channel alone.

At the rate that his channel is growing, it’s likely that he’ll make even more in the near future. Looking at the statistics provided by Socialblade, Zurita’s Youtube account currently receives anywhere from 5K to 10K+ new subscribers a day; from January 2016 to January 2017 alone, his subscriber count jumped from 690K to 3.5 million, that’s a substantial increase! As far as accumulated video views go, it’s also been increasing like crazy over the past year.

Besides Vine and Youtube, the Spanish-speaking star is also a social media influencer on Instagram with more than 11.4 million followers. With his huge fan base, his uploads easily receive over one million likes/views on the app. Considering his wide reach, it wouldn’t be surprising if he were to have banked some money from endorsement deals and the like on Instagram.

As if that wasn’t impressive enough, it’s been announced that Juanita will be appearing in the comedy film, Airplane Mode (2017) (which will also serve as his movie debut) sometime later this year. Centering around a group of internet stars, the cast also includes Nick Bateman, Jake Paul, Mikaela Hoover, Chloe Bridges, and Nick Swardson. Currently in post-production, no release date has been revealed as of yet.

On television, the 21-year-old has also appeared in the talk show, Alexis Joy VIP Access this March.

So where did the bulk from Juanpa Zurita’s wealth come from? From everything that we’ve mentioned above, it’s apparent that most of his existing fortune came from his success on Vine, and more recently- Youtube.

No, he is not married. Having said that, he is rumored to have been together with internet star, Lele Pons, whom he’s collaborated with multiple times, in the past.

It’s currently unknown whether or not he is seeing someone.

Does Juanpa Zurita Have Any Children?

No, Juanpa Zurita does not have any children that we know of.

Did Juanpa Zurita Go to College?

No, from what we can tell, Zurita did not go to college- in fact, not much is known about his education history at all.

Juanpa Zurita currently resides in El Cielo, Mexico. Unfortunately, no further details are known regarding his residence. We do not have any pictures of Juanpa Zurita’s house to share at this time.

What Kind of Car Does Juanpa Zurita Drive?

Since he posted his first video onto Vine, Juanpa Zurita has become one of the most followed Spanish-speaking stars on the web. On the video-sharing platform alone, he had more than 1.7 million followers by the time it closed.

Besides his online accomplishments, the 21-year-old will soon be making his big screen debut in the film, Airplane Mode (2017), which is set to be released sometime later this year.

This January, the digital influencer signed for representation with CAA. According to reports, the company will be teaming up with Zurita to create opportunities in touring, film, television, endorsements, and more.