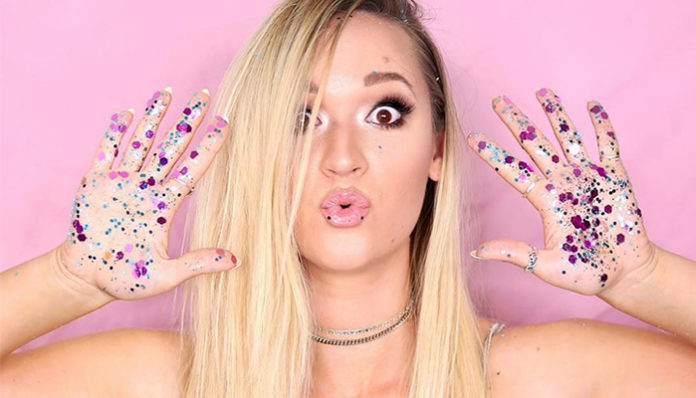 A popular beauty and fashion guru, Alisha Marie is a well known personality on Youtube. Hailing from Riverside, California, she first created her channel in 2008 after being inspired by a few makeup tutorials that she’d stumbled upon. However, it wasn’t until a few years later in 2011 that the blonde began to upload videos to her page.

Starting off with a small audience, her following soon started to climb as she posted regularly to her channel. Today, Marie is best known for her makeup tutorials, daily routine videos, and fashion ideas. As of 2017, the 24-year-old has amassed well over 6 million subscribers (and counting) on Youtube. Like many other Youtubers, she has collaborated with several others including Eva Gutowski, who also happens to be a close friend.

Aside from Youtube, Marie also has a decent following on Instagram, and Twitter- over 3 million to be exact! How well off is the twenty something? According to sources, Alisha Marie has an estimated net worth of $250,000. Where did she make all that from? What are her money-makers? Let’s find out below.

How did Alisha Marie Make Her Money & Wealth? 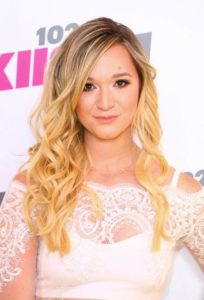 Born on April 5, 1993 in California, Alisha Marie grew up in the city of Riverside with her older sister, Ashley (who’s made several guest appearances in her videos). Unfortunately, not much is known about her early life as she has never been one to talk much about her childhood. Having said that, we do know that she first created her Youtube channel at the age of fifteen, while still attending high school.

According to an interview, Marie had decided to launch her own channel after stumbling upon a few makeup tutorials online; thinking that “it’s really cool”, she wanted to be a part of it. After making an account in 2008 however, it was left inactive until 2011 when she uploaded her first video, Cute & Affordable Ways to Decorate Your Room!. Like many newcomers to the site however, it took a while for her video to gain traction. Determined to success however, the teen continued to post new material onto her channel.

Since then, her first upload has been viewed over 532,000 times. Some of Marie’s other early videos include Room Tour!!!!, School Supplies Haul, Back to School Fashion Haul, and School Supplies Haul. Despite her efforts, it wasn’t until 2014 that her channel started to rack up the hits. That year, the blonde uploaded a number of videos including Back to School Must Haves/Favorites, Back to School Morning Routine for School, Room Tour, and Bedtime Routine for School Get Ready with Me.

By then, her videos were easily receiving over 200,000 views each. As she continued to update her channel on a regular basis, her subscriber count began to climb; her hard work had finally paid off. In July 2014, Marie had over 477K fans subscribed to her account, a vast improvement compared to the 26K that she had back in July 2012.

Most recently this year, the 24-year-old’s popularity exploded with the release of her Roommate Wars series, which she films with her older sister, Ashley. Reportedly, Marie had come up with the idea last summer while brainstorming a new life hack videos. While thinking of a different way to go about it, she realized it’d be a fun idea for her and her sister to “try and out-do each other”, since “[they’re] both Youtubers and [they] both have blogs.”

The first instalment of Roommate Wars, FUNNY PRANKS!! ROOMMATE WARS!! Alisha Marie was uploaded on February 5, 2017. Created in collaboration with Ashley, it proved to be incredibly popular. Quickly viral on the site, it has since been viewed more than 23 million times on her channel, making it her most-viewed video to date. To this day, it remains to be one of the Youtubers best known uploads.

Having said all of that, how popular is her Youtube channel? As of August 2017, Marie’s account has amassed over 6 million subscribers with more than 548 million lifetime views. One of the most subscribed-to beauty/fashion accounts on the site, it goes without saying that the 24-year-old has been monetizing her popularity. How? Through Google’s Partnership Program. The way it works, is that users are paid a small amount for displaying ads on their videos.

Typically on average, Youtubers are paid anywhere from $2 to $5 per 1,000 monetized views by Google. Though this may seem like a trivial amount, it can quickly add up if you have a decent amount of views- like Marie. How much has the blonde yielded from her channel so far? Some simple math tells us that she’s easily earned a few hundreds of thousands of dollar so far (obviously, Google would also take a cut of that).

Obviously, her earnings would increase if her subscriber count were to also increase. According to statistics provided by Socialblade, Marie’s Youtube channel has been growing readily since July 2014. From then until now, her following has gone up by well over 5 million! Perhaps even more impressive is the fact that it’s still on the incline- currently, she gains upwards of 10K new subscribers a day. At this rate, it wouldn’t be surprising at all for her to yield even more from ad revenue in the future.

Aside from her main Youtube channel, she also has a vlogging account at vlogbby11. Dedicated to the behind the scenes of her life, it currently has close to 2.2 million subscribers. So far, her most popular vlog video, Back to School Shopping For School Supplies!! has been viewed over 3.4 million times. Some of her other top uploads include Gabi Has Fake Boobs?!?!, I’m Going to be on Disney Channel??!, and Niki and Gabi Prank Each Other.

In addition to her Youtube career, Marie has a few other things going for her- for example, she participated in the Girls Night In Tour last year. Organized by Fullscreen, the event featured a number of female Youtube stars including Jessie Paege, Niki and Gabs, and Alyson Stoner. Kicked off on August 11, 2016 in Phoenix, the girls ended up hitting a total of 24 different cities; the tour came to an end on September 18, 2016 in New York City.

Though she hasn’t gone on tour since, she did make a recent appearance at the Los Angeles Convention Centre in LA earlier this month on August 12, 2107.

On top of that, she’s also taken up acting in the recent years. In 2016, Marie appeared in the web series, Guidance– a drama that works towards the truth behind a number of scandalous photos taken of the school’s most popular girl. Starring Erica Dasher as the main protagonist Alana (the school’s guidance counsellor), the drama unfolds through her weekly counselling sessions. In the series, Marie appeared in eight episodes playing the part of Ashlee. Other members of the cast included Olivia Gonzales, Ben J. Pierce, David Gridley, and Arden Rose.

Most recently, the 24-year-old Youtuber also made a cameo in the family comedy, Bizarrdvark this August. As far as other television appearances go, she’s also been featured in the programmings, The Crew (2014), and Shane & Friends (2017).

As if that wasn’t impressive enough, the 24-year-old even launched her own app called, Alisha Marie this summer! Her latest project, it allows fans to watch her favourite videos, chat with other fans, as well as watch exclusive live streams. The app is available for both Androids and Apple devices.

Reiterating what we’ve said earlier, Alisha Marie currently has an estimated net worth of $250,000. From everything that’s been mentioned and discussed above, it’s clear that the  blonde makes most of her money through her Youtube channel. Still, her income from Google is supplemented by a few other things including what she makes from public appearances and more recently, from her acting gigs.

Assuming that Marie continues to post to her Youtube page and that it continues to grow as it is now, it’s highly likely that her fortune will continue to climb. If anything, she might even land more roles on television in the upcoming years.

No, she is not married and from what we can tell, she is currently single. Having said that, it’s known that she dated someone named Andrew in the past.

Does Alisha Marie Have Any Children?

No, the 24-year-old star does not have any children that we know of.

Did Alisha Marie Go to College?

Unfortunately, not much is known about her education history. At this time, we can only presume that she did not go to college.

Alisha Marie currently resides in Los Angeles, California with her sister, Ashley. Just this year, the two moved into a new 3,700 square feet home in Studio City which they reportedly purchased for $2.225 million. If you’re interested in seeing their new abode, you’ll be happy to know that they’ve posted a virtual house tour here.

Some interesting trivia- the sister decided to go ahead and paint their new house pink last month.

What Kind of Car Does Alisha Marie Drive?

It’s said that Alisha Marie currently drives a Nissan- further details are unavailable at this time.

How Much Did Alisha Marie Make Last Year?

We do not have information on Alisha Marie’s 2016 salary at this time.

At just twenty four years of age, Alisha Marie has become one of the most popular beauty gurus on Youtube with over 6 million subscribers on her main channel. Not only that, but she has another 2 million followers on her blogging channel, vlogbby11.

A star with millions of fans around the world, the blonde even had the chance to participate in the web series, Guidance back in 2015.

As mentioned earlier, she recently launched her latest project- her own app via the Google Play and iTunes store.