David Gandy Net Worth 2018 – How Rich is the Model 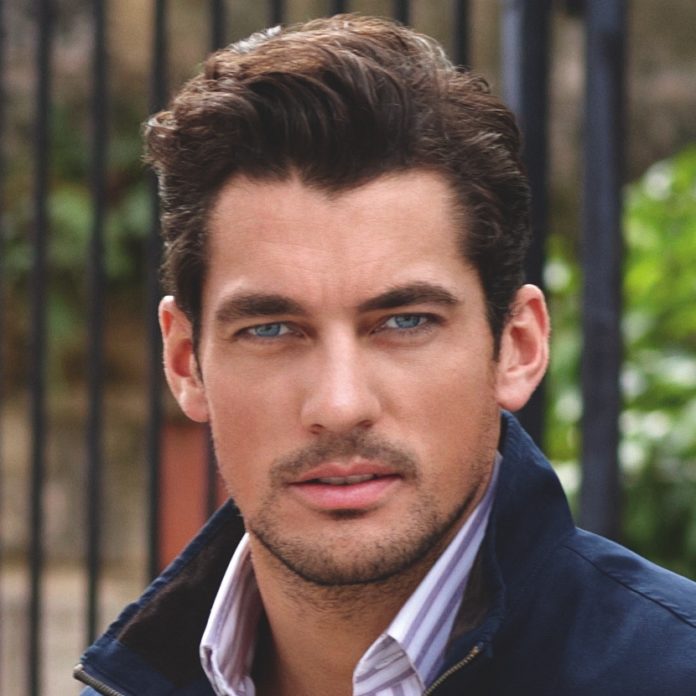 Few people are attractive enough to make a career out of their face and body. Those who do however often become incredibly influential and wealthy. David Gandy is one such model. He is known most for redefining the standards of the modeling industry, shifting the industry’s focus to a more traditionally masculine standard.

David Gandy was dubbed “The First Male Supermodel” after he pulled off the exceedingly rare feat of being as successful in modeling as his female counterparts. Advertisements featuring David Gandy have been seen by millions of people across the globe. As David Gandy has reached the point wherein he is highly recognizable, companies will pay a large premium for him to appear alongside their products.

On average, David Gandy makes around $1 million dollars per year. The most he ever pocketed in a single year was $1.3 million in 2013. He was the second highest paid male model in the world that year. Male models typically make significantly less than female models. For example, supermodel Gisele Bundchen made $30 million in 2016 alone.

How Did David Gandy Earn his Money & Wealth?

David Gandy was born in Billericay, Essex, England on February 19th, 1980. His family was quite wealthy, as they owned several fright and property companies. His parents were hard-working middle class citizens who built their businesses from the ground up.

David Gandy’s parents used their money to educate their children through travel. Even before becoming a successful model, David Gandy was quite well traveled.

When David Gandy was a young, he often participated in sports at his school. Although he initially planned to become a veterinary surgeon after high school, his grades were not high enough. He instead opted to study marketing and multimedia computing in University. During this time, he also became interested in luxury vehicles. While in college, he worked for Auto Express delivering the newest Jaguars and Porsches to testing tracks.

Before David Gandy graduated, his roommate entered him in a model search contest without his knowledge. Despite being more traditionally masculine than his fellow competitors. Gandy won the competition. He subsequently signed to Select Model Management in June of 2001. He then moved to London shortly after being signed.

During the early years of his career, David Gandy modeled for brands such as H&M, Hugo Boss, Zara, 7 For All Mankind, and Massimo Dutti. He became increasingly recognizable as years went by, and was also able to make a healthy salary from his early gigs. He primarily appeared in catalogues and advertisements, as the runway was more dominated by thin androgynous models.

That trend would change after Gandy caught the attention of Dolce and Gabbana in 2006. The duo chose the model as the face of their Light Blue cologne in 2007. It was photographed by legendary fashion photographer Mario Testino. He was featured with model Marija Vujovic on a 50 foot billboard in Times Square, and an estimated 11 million people clicked on the ads online. The campaign was so popular that Gandy was given the nickname “The White Pants Guy” as a result of its success.

David Gandy would consistently model for Dolce and Gabbana throughout the next six years. He also made several public appearances to promote brands and sign autographs. In 2008, he appeared on the brand’s 2008 calendar. He was also chosen by the British Artist Rankin to recreate several famous fashion photographs in 2009.

David Gandy would reappear in the Light Blue campaign for the campaign’s third reboot in 2013. This time, Italian model Bianca Bialti appeared alongside him. In October of 2013, Gandy would become the face of SM Men’s Fashion, a popular department store in the Philippines. Marks and Spencer also selected him as the face of their 2013 Christmas advertising campaign.

In 2014, David Gandy appeared in the music video for Jennifer Lopez’s song “First Love”. That same year, Gandy became interested in designing clothing himself. In June of 2014, he collaborated with Marks and Spencer on sleepwear line. The brand promoted the line by having Gandy make several public appearances in the world’s fashion hotspots. Gandy also contributed to the designs of the brands swimwear line in 2015. Both clothing lines sold out almost instantaneously.

Marks and Spencer re-released the sleepwear line in fall 2015 with several new designs and colors In order to commemorate one year of collaboration. In 2016, he also collaborated with them on them on more loungewear and swimwear. That same year Gandy was named the ambassador of Wellman, a UK-based sports supplement manufacturer.

Gandy continued to be featured in campaigns for Dolce Gabbana. He appeared once more with Bianca Bialti in an advertisement for a new version of the Light Blue Cologne.

David Gandy has written extensively about health and fitness. He lifts weights at the gym three to six times a week, and eats a strict diet, especially before appearing in advertisements. Prior to appearing in the Light Blue campaign, he had to follow a strict plan of diet and exercise for 8 weeks. In 2012, Gandy released a fitness app similar to his 2010 men’s style guide app.

David Gandy was selected by Richard Branson as a judge for his 2015 Pitch to Rich startup campaign. Gandy has also invested in multiple fashion companies. He owns a majority stake in shoe make London Preston Shoes. He has also invested in the protein ice cream company Wheyhey.

David Gandy has even dabbled in film. He has directed several TV advertisements. The model was offered leading roles in movies like 50 Shades of Gray, but he turned them down.

The personal life of David Gandy has been the subject of much media probing. Gandy however, describes himself as a quiet and solitary person. The life he lives is far different than the image his modeling broadcasts. He previously dated singer Mollie King, but they split only 10 months later. He also dated British model Sarah Ann Macklin from 2012 to 2013 and again in 2015.

David Gandy’s successful modeling career has allowed him to live a James Bond esque lifestyle. He is an avid car and powerboat enthusiast. He is currently a brand ambassador for Martini’s racing ventures, and has reviewed automobiles on several TV programs. He even has a racing license, which he acquired to drive for Jaguar during the 2013 Mille Miglia race in Italy. His favorite car to drive is a restored Jaguar XKSS. He also owns a restored Mercedes Benz 190SL.

David Gandy lives in a West London home. He had it professionally restored in 2015. The comfortable living space is decorated with vintage furniture. It has a study, basement, and a guest room.