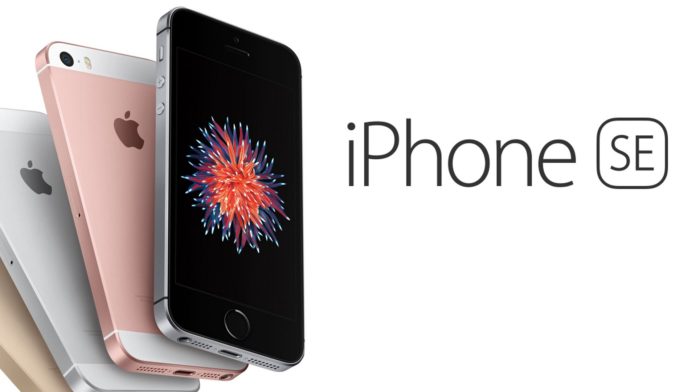 The iPhone 8 is the next big phone from Apple but the company might be planning a return for a fan favorite. We’re talking about the iPhone SE, which caught the attention of many when it debuted last year.

The success of the smaller iPhone quickly led to rumors about a new version. It’s also been rumored that the SE series may not return but recent reports say it will. The latest rumors also say that the next version might be as powerful as the company’s newest phone, the iPhone 7.

Back in 2016, Apple surprised everyone with an iPhone SE, which is similar to the iPhone 5. The big difference between the iPhone 5 and the SE is that the newer version brings the same hardware as the iPhone 6s.

It’s rumored that the iPhone SE 2 will also bring improvements. The second version could have the same processor found on the iPhone 7 and iPhone 7 Plus.

According to reports, the iPhone SE has done well in sales and while it’s been rumored that the series might not return, reports say it could return next year. The iPhone SE success is not very surprising since it’s not only a device with a lower price but also a phone that had the latest hardware at the time of its release. It is also a great option for those who like the size of older iPhones such as the 5, 5s and 5c.

The iPhone SE 2 has seen plenty of rumors in recent months and while many are waiting for the iPhone 8, the phone is good news for those markets where affordable phones are more popular.

The iPhone 8 is rumored to be coming this year while the SE 2 is said to be making its debut in 2018.

Do you prefer smaller iPhones? What do you think of the iPhone SE? Which new features would you like to see on the iPhone 8 and SE 2? Let us know in the comments.