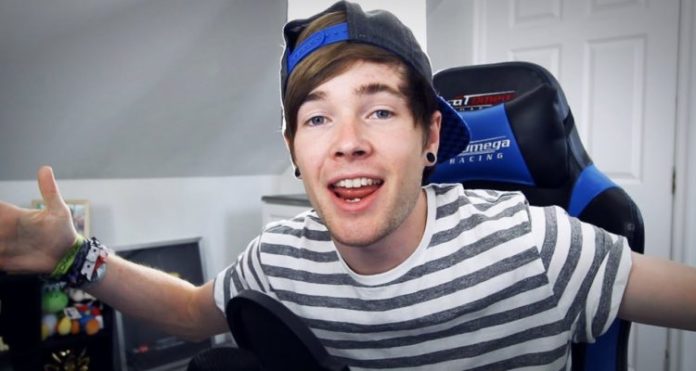 Do you like playing video games? Do you think that it should be possible to make a living off playing video games? Congratulations and welcome to the digital generation where doing the things you love on the Internet can bring you fame, social media cred, and of course fortune. This is the career trajectory of one Daniel Middleton, who loved Minecraft and talking about Minecraft, and turned that passion into a social media sensation. But it is really enough to just talk about video games? What makes Daniel, aka DanTDM, so engaging and such a model of YouTube fame? Grab your pickax because we’re going to dig deep and see if we can’t discover the secrets of his success.

How Did Daniel Middleton Make His Money & Wealth? 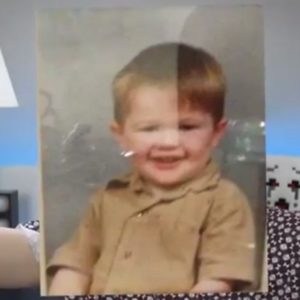 Born on November 8, 1991 in Aldershot, England, Daniel and his two younger siblings grew up in perpetual change. As his father was in the military (army), the family moved often and Daniel attended ten different schools throughout his childhood. The rocky days were to continue, as his parents divorced, a traumatic event that profoundly affected him, and he turned to video games as a fun diversion and escape from real life. While attending Northhampton University in 2010, Daniel started a YouTube channel devoted to his love for Pokemon (PokemonDanLv45), a popular long-lived Japanese franchise sensation of games, books, toys, and a collectable card game revolving around an ever-increasing catalogue of cute creatures that one trains for battle. Pokemon was just the beginning, however, and soon Daniel had found a new love, Minecraft, a game that has been described as ‘digital LEGO’ where building anything is possible and creativity runs wild. While the Minecraft following spans all ages and generations, it’s been particularly popular with younger children who now have greater access to digital devices and watch YouTube like GenerationX used to watch TV.

In 2012, Daniel created a dedicated YouTube channel, The Diamond Minecraft, concentrating on the game but especially on gaming tips, attracting an audience primarily in the 5-10 year age range. His channel and following grew quickly and by June 2013, he celebrated 100,000 subscribers by appearing on camera for the first time, announcing his intention to expand into vlogs and “real life stuff”, launching the channel MoreTDM in 2015, dedicated to everything non-Minecraft. Rebranding the channel to DanTDM in 2016, Daniel was taking off in a serious viral way. Working from his home studio in Wellingborough, England, he spends his days on social media, answering fan email, recording episodes and uploading them that night. It’s not just Minecraft tips either, Daniel also does extensive Let’s Play videos (screen-capture of gameplay with tutorial narration or even just a humorous, stream-of-conscious monologue) and scripted mini-films involving his characters, Grim and Dr. Trayaurus. A frequent guest at gaming festivals, including Insomnia, Daniel has become the voice of a generation, a young man that children and adults alike can relate to and who brings his passion for gaming into everything he does.

2016 proved to be Daniel’s biggest banner year yet, as he branched out into publishing, releasing the graphic novel DanTDM: Trayaurus and the Enchanted Crystal (Harper Collins) in October and following up with a whirlwind book tour in both the UK and parts of the US, continuing in 2017, expanded to over 21 venues in the US. Sought after for TV appearances, Daniel has been on CBBC and ITV, as well as being the feature piece for the BBC on YouTuber life and making a living from gaming. As of 2016, DanTDM was the 28th most subscribed channel on YouTube and is rapidly climbing through the charts. Daniel also has a massive following throughout social media and is counted among the new generation of Internet celebs. 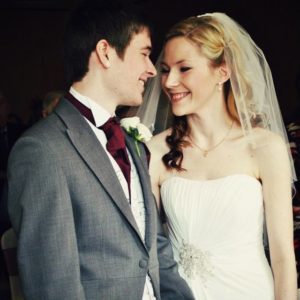 Breaking the hearts and crushing the dreams of thousands of his admirers, Daniel married his girlfriend and long-time close friend, Jemma, on March 17, 2013. While some couples struggle when their interests don’t match, that’s certainly no problem here! Jemma is also a YouTuber known for her Minecraft channel, JemPlaysMC, and the two have done joint videos as well as appearing in each other’s solo videos. Talk about the family that plays together! Are kids in the picture for these two lovebirds? Slow down, now, they’re only in their 20’s! Still, Daniel and Jemma have two ‘fur-babies’, adorable pugs named Ellie and Darcie. What’s a marriage like when it’s lived online? Their fans have a catchy nickname for the two, ‘Demma’, and their relationship has seemed to spawn it’s own separate following on social media, independent of Daniel and Jemma.

Did Daniel go to college?

Daniel attended Northampton University in England. While there he specialised in music production in addition to starting and growing his brand on YouTube. Once the sole province of art majors, the visual/digital arts are becoming increasingly popular for content creators trying to make it big online. Why hire an editor or sound technician when you can learn to do it yourself and maintain complete production control? Daniel made the right choice, picking a qualification that he was immediately able to put to work, with fantastic results!

Has Daniel won any awards? 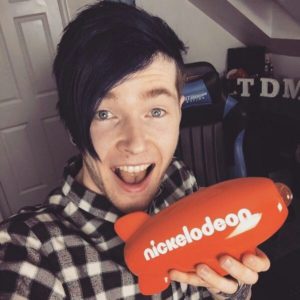 Daniel Middleton currently holds not one, but two Guinness World Records! In 2015, he broke the World Record for ‘most goals scored in a game of Rocket League for a team of 2′ while at the Legends of Gaming event in London. In 2016, Daniel broke the World Record for ‘most views for a dedicated Minecraft video channel’. That’s not all, however. He’s also been awarded two Nickelodeon Kids’ Choice Awards for UK Favourite Tipster, once in 2015 and again in 2016. Daniel also holds several YouTube subscriber awards, given as his channel passes ever-increasing subscriber milestones. Speaking of which, have YOU subscribed yet?

What causes does Daniel feel passionate about?

Having a platform and an audience of several million automatically makes YouTubers into influencers and many have used this to raise awareness of issues and causes close to their hearts. Daniel has done videos on the ALS Ice Bucket Challenge mod for Minecraft as well as participating in the challenge itself and encouraging his followers to do the same and donate. While nay-sayers were quick to call such actions ‘slacktivism’ at the time, the ALS Ice Bucket Challenge resulted in over $100 million in donations to the ALS association, money that went straight to research. In 2016, this research yielded a ground-breaking discovery of a new gene associated with ALS that could lead to a potential treatment.

What does Daniel do with his wealth? 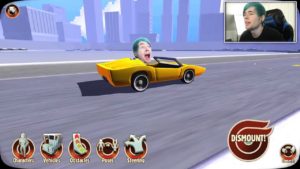 He acts very reasonably, it turns out. Never one for the vices of fame, Daniel said that he doesn’t drink or smoke as they can negatively affect health. In fact, he encourages his followers to eat well and get plenty of exercise. A fan of sleek flash cars online, Daniel has collected several, in Minecraft of course! He’s previously done a ‘house tour’ video in the new house he and his wife Jemma moved to in late 2013, a modest but well-decorated house in England. While he keeps current with the latest digital editing equipment and gaming software/hardware, Daniel isn’t about the excesses of fame. While social media celebs often can wait to selfie in front of the mountain of acquisitions from their latest bank-busting shopping spree, it’s refreshing to find modest role-models who are thankful for their fame and don’t feel the need to splash it around wastefully.

This boy from Aldershot has certainly made bank, leveling up his hobby to a career and making money doing everything that he loves. With over 1 million followers on Twitter, 2.5 million followers on Instagram, and an unbelievable 16 million YouTube subscribers with nearly 11 billion lifetime views, it’s safe to say that Daniel Middleton is well on his way to becoming a household name with the digital generation, a long and fulfilling career ahead of him starting ‘in the mines’ but reaching for the stars.

Anna Barlow
Anna is a freelancer writer with a passion for reading, travel, and psychology.
RELATED ARTICLES
Gaming