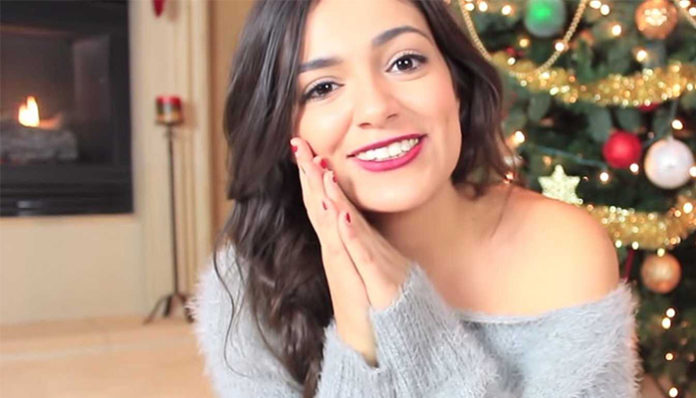 A Youtube star, Bethany Mota initially rose to fame for her haul videos in the early 2010’s. Born and raised in California, she originally created her channel as a means of escaping from bullying at school. Known for being relentlessly bouncy and upbeat, it didn’t take long for the brunette to attain a decent following on Youtube.

Since then, Bethany has uploaded hundreds of videos onto her page, from makeup tutorials to outfit ideas. As of August 2017, her Youtube channel has amassed well over 10.4 million subscribers- and counting! A multi-talented gal, she’s appeared on television severals times and has even released her own single, Need You Right Now back in 2014.

With all that she has going for her, is it correct to assume that she’s doing well for herself financially? According to sources, the 21-year-old currently has an estimated net worth of $2.5 million. Where did the majority of this fortune come from? How many sources of income does she have? To answer these questions, let’s take a closer look at what she’s accomplished over the past few years.

How did Bethany Mota Make Her Money & Wealth? 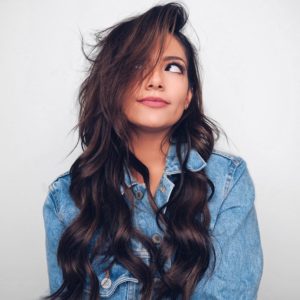 Born on November 7, 1995 in Merced County, California, Bethany Mota grew up with her older sister, Brittany (who also happens to be in a Youtuber) in  Central Valley. Of Portugese and Mexican descent, she attended public school for a few years during her early childhood prior to being homeschooled. At one point during her early teens, she took up both acting and dance briefly.

In 2009, Bethany- like many other teens, decided to launch her own Youtube channel. Originally intended as a means of escaping the stress that she received from bullying, she eventually started to upload a number of haul videos, in which she shows off her various purchases to viewers on the site. Surprisingly popular, her subscriber count quickly began to climb with each additional upload. Before long, she had reached her first milestone- one million fans.

As haul videos grew more popular online, retailers started to use it for marketing. A Youtube star with a healthy audience, the 21-year-old has recovered a fair share of promotional offers; not only that, but she’s received many gift cards and free cosmetic items over the years. Having said that, the majority of her revenue comes from advertising.

Since the launch of her main channel Macbarbie07 in 2009, her following has well surpassed the 10 million mark; across her hundreds of videos, she has received over 942 million views as of August 2017. Considering her popularity, it’s a no-brainer that she’s been monetizing her content using Google’s partnership program. By displaying ads on one’s videos, the site pays its users upwards of $5/1,000 views on average. Assuming that Bethany receives at least $2 per 1,000 monetized views, then she would have already made ~$700,00 from her account so far.

In addition to her main channel, Bethany also has a secondary account- BethanysLife, in which she posts vlogs of various events from her life. While not as popular as Macbarbie07 pe se, it has managed to amass over 2.2 million subscribers with 72 million video views. Assuming that she’s also been monetizing this channel, it would have yielded her at least $50,000 so far.

In 2013, Bethany launched her own lines of accessories, perfume and clothing at Aeropostale, a retailer of casual apparel. A collection in which she retains full creative control, new items are announced directly on her social media accounts. How many 21 year old olds do you know have their own line of clothing?

As far as other endeavours go, she also went on a tour in 2014, in which she traveled across the country to meet her fans. That same year, Bethany also made her music debut with her debut single, Need You Right Now featuring Mike Tompkins. Although the song didn’t chart in the US, it did reach among the top 40 in Denmark. As of August 2017, its official music video has received over 4.1 million views on Youtube.

Regarding her music career, Bethany confirmed back in 2015 that a studio album was possibly in the works. Although there haven’t been any updates on said project since, she eventually did go on to release, Be Who You Wanna Be– an original song that she’d written, in 2015 via Youtube.

On television, the star took part in the 19th season of Dancing with the Stars in 2014, where she was paired up with professional dancer, Derek Hough. Although they managed to reach the finals, they ultimately ended up finishing in fourth place. As far as other TV appearances go, she’s also been featured in The View (2014), Live! With Kelly and Michael (2014), Project Runaway (2014), The Insider (2014), and Not Too Deep with Grace Helbig (2017), among others.

On June 13, 2017, Bethany published her memoir, Make Your Mind Up: My Guide to Finding Your Own Style, Life and Motavation!.

Currently it is estimated that the twenty something year old has a net worth of $2.5 million. Drawing from everything that’s been mentioned above, it would appear that most of this fortune came directly from the success of her Youtube channels. Having said that, it’s obvious that her income is also supplemented by what she makes from her various other endeavours (e.g. clothing line, TV appearances, tours, etc).

While she isn’t married, Bethany is currently in a relationship with dancer and fellow Youtuber, Dominic Sandoval.

Previously in 2013, the star was in a relationship with American actor Ryan Potter.

Does Bethany Mota Have Any Children?

No, Bethany Mota does not have any children that we know of.

Did Bethany Mota Go to College?

No, from what we can tell Mota did not go to college after completing her high school studies.

It is presumed that Bethany Mota currently resides in California. Unfortunately, further details about her home and location have not been revealed to the public.

We do not have any pictures of Bethany Mota’s house to share at this time.

What Kind of Car Does Bethany Mota Drive?

Information on Bethany Mota’s vehicle is unavailable at this time.

An established celebrity, Bethany Mota has well over 12 million subscribers on Youtube as of 2017. No stranger to television, she has been featured in numerous programmings, the most noteworthy probably being that of Dancing with the Stars.

How Much did Bethany Mota Make Last Year?

Unfortunately, details on her 2016 income are unavailable at this time.