Tee Grizzley Net Worth 2018 – How Much He’s Worth Today 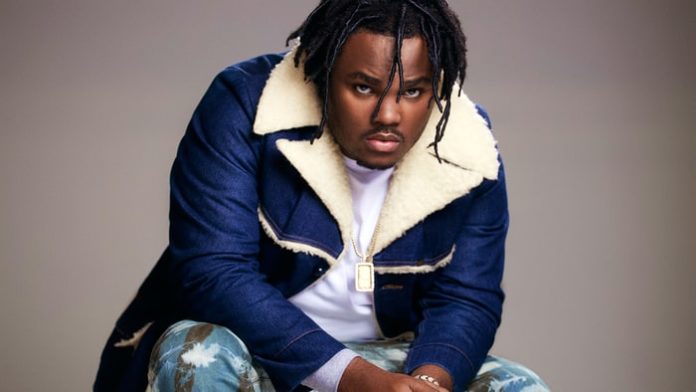 From the streets of Michigan, Tee Grizzley first made himself known with the song, First Day Out in 2016. As a teen, he founded a music group with a few of his friends during middle school. Continuing to perfect his sound over the next years, he eventually decided to pursue a rap career in his twenties.

Following the success of First Day Out, Tee Grizzley landed a record deal with 300 Entertainment in 2017. Since then, he has come out with a few other tracks including No Effort, Second Day Out, and From the D to the A (Feat. Lil Yachty). More recently this April, the 23-year-old also delivered his debut mix tape titled, My Moment.

A rising star, his popularity has been on an incline since his debut in 2016. As of August 2017, Tee Grizzley’s official Youtube channel has received well over 36 million views (and counting!). How wealthy is the twenty something year old rapper? How successful has his music endeavors been?

According to sources, Tee Grizzley has an estimated net worth of $200,000. Where did this money come from? Let’s find out.

How did Tee Grizzley Make His Money & Wealth? 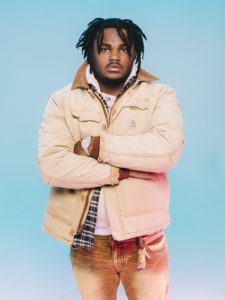 Born on March 23, 1994 in Detroit, Michigan, Tee Grizzley (Real Name: Terry Sanchez Wallace) grew up in the Joy Road neighbourhood of West Detroit. Raised almost single handedly by his grandmother, his parents were often in and out of jail during his childhood; his father was later murdered in 2012. Growing up with his sisters and aunties, he was often exposed to R&B music. When he was eight years old, his fascination with the art form grew further after his uncle introduced him to the recording studio.

Inspired to one day record his own songs, Tee Grizzley eventually began to hone his craft, studying the works of rappers such as the Street Lords and Blade Icewood. Still, it wasn’t until he was around fourteen that he started to take rapping more seriously. Later meeting a few like-minded friends at middle school, they formed a music group called AllStars Ball Hard. Shortly afterwards, he began performing under the name, ASBH Tee.

Although they never came out with any tapes, the crew often recorded and posted their work to Youtube. Then in 2011, his mother was arrested and sentenced to 15 years in prison for drug trafficking; the next year, his father was murdered. Despite his complicated family background, Tee excelled at school. Upon completing high school, he became the first member of the family in generations to attend college.

A student at Michigan State University for finance and accounting, he studied until he ultimately went broke in February 2014. With no other option, he eventually started to steal items from unlocked dorm rooms late at night. According to reports, Tee and a friend had stolen a number of electronics and cash, totalling to up to $20,000.

After being apprehended by police, Tee was released- taking his chances, he subsequently decided to flee the state. Not long afterwards, the teen found himself arrested by officials once again after running up a jewelry store with two accomplices. Initially charged with first degree robbery, he later slid by with two charges of second degree invasion and an 18 month prison sentence.

Ultimately, that was what it took to motivate Tee to turn his life around; from there, he started to read books and “talk to people who had a head on their shoulders”. As one thing led to another, he eventually wrote what would later become his debut mixtape. His first song, First Day Out was released on November 7, 2016 as a digital download. Recorded on the same day that he was let out of prison, it ended up peaking at number 48 on the Billboard Hot 100 and number 18 on the Hot R&B Songs chart.

On April 7, 2017, Tee dropped his debut mixtape, My Moment after signing a record deal with 300 Entertainment. Produced by Sonny Digital, DJ Mustard, Westside Webb, and Helluva, it contained thirteen tracks including Overlapped, Side Nigga, Catch It, Day Ones, 10K, and Secrets. Supported by two singles, the tape later charted at number 44 on the Billboard Top 200 and at number 21 on the Top Hip Hop Albums chart. To date, it remains to be the only full length project that he has released.

With time, his popularity began to climb as his music started to gain traction. Since then, the 23-year-old rapper has put on numerous shows across the country (naturally, he’d earn himself a decent amount for each performance). Up until now, Tee has performed well over two dozen shows this year.

Currently it is estimated that Tee Grizzley has a net worth of $200,000. Now that we know more about how his career’s panned out, let’s go back to our original question- where did his money come from? From all that’s been said, it seems clear that he has two major sources of income- mixtape/single sales and concert performances.

No, the 23-year-old rapper is not married. Unfortunately, not much is known about his love life at this time- having said that, he was recently spotted having fun with a girl (presumably his girlfriend) in Miami.

Does Tee Grizzley Have Any Children?

No, Tee Grizzley does not have any children that we know of.

Where Did Tee Grizzley Get His Stage Name From?

While imprisoned, he took on the name of “Tee Grizzley” after people started to call him that, as a reference to his wild dreads and long beard look. In his words, he was “getting real big, just acting a grizzly in there”.

Did Tee Grizzley Go to College?

Yes, in fact he did go to college at one point. The first family member in generation to pursue a higher education, Tee went to study finance and accounting at Michigan State University after graduating from high school. Due to high living costs however, he ultimately went broke before finishing his studies.

The Turning Point for Tee Grizzley

As mentioned earlier, it wasn’t until after he was apprehended and sent to jail after being involved with robbery that he started to turn his life around. Ultimately, it was while he was behind bars that he started to write his first songs.

Recently this summer, the rapper bought himself a house in the suburbs of Georgia. From what we can tell from his video tour, the property appears decently sized with a nice patio and sizeable backyard.

What Kind of Car does Tee Grizzley Drive?

Information on Tee Grizzley’s vehicle is unavailable at this time.

His greatest release this year was that of his debut mixtape, My Moment which was dropped in April 2017.