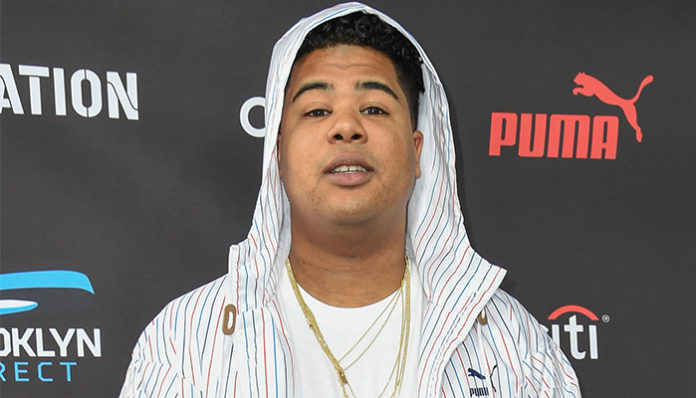 Makonnen Sheran- better known as iLoveMakonnen rose to fame after Drake released a remix to his track, Tuesday in 2014. Partly inspired to pursue music by his grandmother, he started to create his own songs during his teens. Prior to his rise to fame, he performed with a group called Phantom Posse while studying cosmetology.

After meeting with music producer Metro Boomin in 2014, he recorded a song titled, Don’t Sell Molly No More– one that ultimately launched his career. From there, his presence only continued to grow with the release of My New Friend, Living on the Southside, and Sneaky Lady over the next few months. Then in July 2014, the hip hop artist dropped his eponymous EP, iLoveMakonnen.

As of 2017, his discography currently includes two extended plays, sixteen mixtapes, and three singles- one of which has gone platinum. A rising star, his popularity has been climbing steadily over the past two years. According to sources, iLoveMakonnen currently has an estimated net worth of $2 million. Where did he attain this wealth from? Let’s take a look.

How did iLoveMakonnen Make His Money & Wealth? 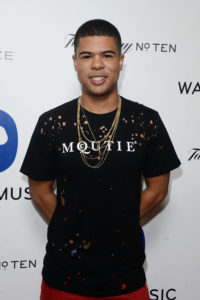 Born on April 12, 1989 in Los Angeles, California, iLoveMakonnen (Real Name: Makonnen Sheran) spent several years in Southern LA before moving to Atlanta, Georgia with his family in his early teens. Of mixed race background, he has Indian, Caucasian, African, as well as Asian heritage. Growing up, he was inspired to pursue music by his grandmother, who was an established opera singer.

In 2008, Makonnen started to make his own songs using a Gateway computer that he had at home. After getting the hang of it, he uploaded his work onto MySpace- ultimately, it was on that site that he came across many other rising artists including Adele. Around that same time, the teen also created a blog on which he conducted interviews with musicians such as Soulja Boy Tell’em and Lil B.

Prior to his rise to fame, Makonnen studied cosmetology at a local school while performing with a music crew called Phanton Posse. Then in 2012, he crossed paths with Atlanta-based producer, Mike Will Made It; despite having befriended each other, they never got a chance to collaborate due to the former’s body schedule. Ultimately, it wasn’t until 2014 that his music career was launched with the release of his song, Don’t Sell Molly No More.

From there, he released several other songs including My New Friend, Living on the Southside, and Sneaky Lady, all of which further boosted his presence in the local R&B scene. Shortly afterwards, Makonnen dropped his debut EP, iLoveMakonnen on December 15, 2014 via Warner Bros. Records.

Featuring the production of Sonny Digital, Drake, Metro Boomin, Mike Will Made it, the Extended play contained seven tracks- Exclusive, Meant to Be, Sarah, Club Going’ Up on a Tuesday, Tonight, I Don’t Sell Molly No More, and Too Much. Originally released as a free EP, it eventually spawned two singles, one of which preceded the project by seven months.

The single, Tuesday ended up being a huge hit, having reached number 12 on the Billboard Hot 100. Met with critical acclaim, the song also charted on the Hot R&B/Hip Hop Songs, Dance/Mix Show Airplay/ Mainstream Top 40 and Billboard Rhythmic charts. Featured on numerous publications including The Village Voice and Spin Magazine, it later netted Makonnen a Grammy Award nomination for Best Rap/Sun Collaboration in 2015.

A year later he came out with, iLoveMakomnen 2 on November 20, 2015. A direct follow-up to his breakout EP, it consisted of seven tracks including Being Along with U, I Loved You, Where Your Girl At, Trust Me Danny, Flipping All Night, Second Chance, and Forever. While not as successful as the original, it quickly racked up the views on Soundcloud following its release; the most popular title, Trust Me Danny has since been streamed over 6.18 million times.

Prior to the release of his EPs, Makonnen had also delivered a series of mixtapes including 3D, 4G, 5, 6, Holiday Special, LTE, Drink More Water, and 3 Suns. On November 26, 2015, the rapper teamed up with Rich The Kid for, Whip it Up– a tape released as a digital download through OVA Sound. Produced by the likes of Murda, Badazzbx, and Richie Souf, it boasted several tracks including Don’t Quit, Colors, No Ma’am, Still Working’, Tequila Me, and Broke Wrist.

More recently on August 9, 2016, the artist self-released the mixtape, Red Trap Dragon with Danny Wolf. A brand new collaboration, the rapper worked with Wolf on all eight tracks including No Features, Sound Like Who, Came From Nothin, She don’t Call No More, and Get Me Back Up; also featured in the tape were vocals from Skippa Da Flippa, and Lil Yachty.

In addition to the above, he’s also worked with several other artists over the years including Gucci Mane, 21 Savage, Fall Out Boy, Trinidad James, Rome Fortune, and Skepta, to name a few. Some of said songs include Take it Easy, All Black Hummers, Favourite Record – Remix, Syrup in my Soda, I Understand, and Look at Wrist.

Speaking of his music, several of his tracks have been used in films- for instance, his song I Like Tuh was featured in the movies, We Are Your Friends (2015), and American Honey (2016); more recently, Flipping All Night also made an appearance in the TV series, Atlanta (2016).

Like many artists, Makonnen has also gone on several tours (obviously, he’d earn a decent amount for each performance). For instance in 2016 alone, he performed over 50 dates worldwide from Amsterdam, Netherlands, to Vancouver, Canada. So far this year, the rapper has done two shows, one in New York’s Webster Hall, and another in Honoulu’s Makers & Tasters venue. At this time, it doesn’t look like he has any other dates planned- of course, this is obviously subject to change.

As far as other ventures go, it can be presumed that the rapper also pulls in some degree of extra income from his  Youtube channel. Since he first launched his account in 2011, Makonnen has amassed more than 313K subscribers with over 166 million video views. As of August 2017, his most popular upload, the MV for Tuesday has received over 146 million hits. Some of his other top videos include the videos for Trust Me Danny, Selling, and I Don’t Sell Molly No More.

According to Socialblade, his Youtube channel has been growing by upwards of 100 new subscribers on a daily basis. Within two years, from January 2015 to January 2017, his subscriber count had tripled from 100K to ~300k.

If you’d like to support the artist, you can purchase merchandise items over at his official store at superchefmakonnen.com. From the looks of it, an array of products are available from pins to snapback caps.

Currently it is estimated that iLoveMakonnen has a net worth of $2 million. So where did this fortune of his come from? If what we’ve discussed above is of any indication, he most likely yielded this amount over the years from his record sales and concert shows. Seeing as how he doesn’t plan on slowing down any time soon, it can probably be assumed that this figure will continue to rise in the future.

Will the 28-year-old be making his acting debut someday, like many artists have done before him? We’ll just have to stay tuned to find out.

From what we can tell, the rapper is not married. In fact, not much is known about his dating life- so far, he hasn’t made any outward comments about having a partner.

With that said, the artist had recently come out as gay earlier this year. Through Twitter, he had written that “it’s time [he] came out” in January 2017. Met with a huge wave of support, his tweet was quickly indicated by supportive comments from fans.

Does iLoveMakonnen Have Any Children?

No, the 28-year-old star does not have any children that we know of.

Did iLoveMakonnen Go to College?

No, Makonnen did not go to college. Having said that, he did enrol in a local cosmetology school in his early twenties- it’s unknown whether or not he’s completed his studies at the institute.

Where Did iLoveMakonnen Get His Name From?

As you can probably tell, his stage name “iLoveMakonnen” is derived from his birth name, Makonnen Sheran.

Originally from Los Angeles, California, Makonnen currently resides in Atlanta, Georgia, where he continues to create new music at the studio. Other than than however, not much is known about his home or location.

We do not have any pictures of iLoveMakonnen’s house to share at this time.

What Kind of Car Does iLoveMakonnen Drive?

Since his debut, iLoveMakonnen has released two extended plays (both of which charted), a handful of singles, and well over a dozen mixtapes. So far, his most popular song, Tuesday (Feat. Drake) has gone platinum in the United States after exceeding one million in sales.

For his work on said song, he’s also received a Grammy Award nomination for Best Rap/Sung Collaboration and an mtvU Woodie Award for Best Collaboration Between Artists.

The Turning Point for iLoveMakonnen

In 2008, the rapper found himself involved in an incident where one of his friends was accidentally shot. In the wake of the event, Makonnen was found guilty of involuntary manslaughter. After turning himself in, he was sentenced to five years of probation by the judge.

Ultimately, it was after this incident that he began to take music seriously. In his words, “confidence came from him knowing that it was [his] last chance.”

How Much Did iLoveMakbnnen Make Last Year?

Unfortunately, we do not have any information on iLoveMakonnen’s 2016 income at this time.

Recently this summer, Makonnen surprised fans with a surprise mixtape titled, Fun Summer 17 Vol. 1. A seven track project, it contained the recently shared tracks, Lonely Girl and Line 2, both of which were released this May.

Speaking of which, he will also be making a guest appearance in Global– one of the songs on Lil B’s upcoming mixtape, Black Ken which is slated for release on August 17, 2017.

At the time, it doesn’t look like the rapper has any concert dates planned for later this year. For the latest news on any upcoming tours, be sure to drop by his official website at http://ilovemakonnen.com.