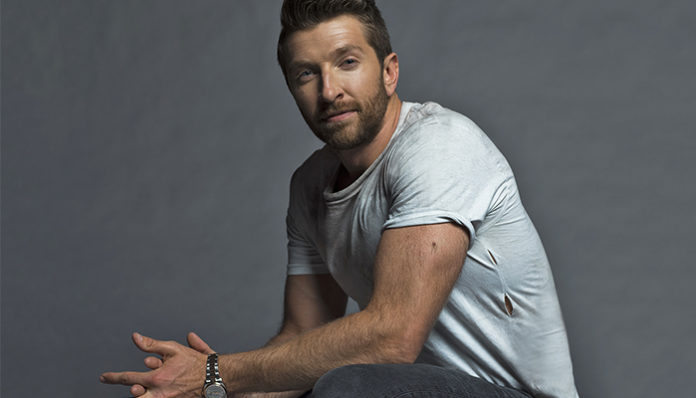 A popular country singer and record producer, Brett Eldredge first made himself known in 2010 with his single, Raymond. Born and raised in Illinois, he developed a fascination for country music after listening to Brooks & Dunn at the age of sixteen- it would ultimately stay with him for the rest of his life.

Eventually inspired to create his own music, he moved to Tennessee where he began to perform at local venues in the Nashville area. As one thing led to another, he eventually landed a publishing deal with Atlantic Records. Finally in the fall of 2010, Brett released his debut single titled, Raymond. However, it wasn’t until a couple of years later with the release of his hit song, Don’t Ya that he rose to stardom.

Since then, the country singer has come out with four albums and nine singles, several of which have gone on to attain RIAA certification. How much has he banked from his music career? According to sources, Brett Eldredge currently has an estimated net worth of $5 million. How many sources of income does the 31-year-old have? Let’s find out.

How did Brett Eldredge Make His Money & Wealth? 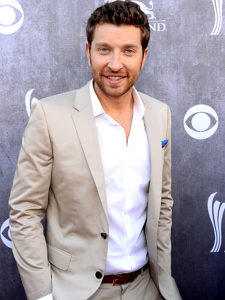 Born on March 23, 1986 in Paris, Illinois, Brett Eldredge grew up listening to the works of Bobby Darin, Ray Charles, and Frank Sinatra. However it wasn’t until he was well in his teens that he developed an interest in country music, after listening to the musical duo, Brooks & Dunn. After graduating from high school, he enrolled at Elmhurst College in Chicago. At one point during his studies, he travelled to Nashville, where he saw his cousin Terry Eldredge perform at Station Inn.

Ultimately, it was that trip that sparked his desire to pursue music. Shortly afterwards, Brett transferred to Middle Tennessee State College, where he decided to immerse himself in the sounds of Vince Gill, George Jones, and Ray Price. Before long, he was penning his own lyrics and performing at local events around town. By chance, the aspiring musician eventually met record producer Bryon Gallimore, who signed him to his publishing company. As one thing led to another, he eventually landed a music deal with Atlantic Records.

On September 27, 2010, Brett released his first single, Raymond as a digital download. Cowritten by the artist himself with Brad Crisler, the song told the story of the relationship between a maintenance worker and a patient at a nursing home. Praised by critics, the record entered the Hot Country Songs chart at number 52, after which it climbed to number 23. By the end of the year, it had settled at number 84 on the Billboard Country Songs chart.

Then in June 2011, he dropped his second song, It Ain’t Gonna Be Love. Produced by Byron Gallimore, the same individual who had offered him initial encouragement, the single was once again released as a digital download. Although it didn’t surpass the success of Raymond, it still managed to reach the Billboard Hot Country Songs chart at number 46.

The following year, Brett received a breakthrough with his third single, Don’t Ya. Taken from his debut album, the track centred around a man making advances on an attractive woman. A significant hit, it debuted on the Hot Country Songs chart at number 46 and on the Billboard Country Airplay chart at number 58. His first single to reach the Billboard Hot 100, it eventually peaked at number 30 after debuting at number 95. As of September 2014, Don’t Ya has gone platinum after selling over one million copies.

Continuing with his momentum, the country singer later released his debut studio album, Bring You Back on August 6, 2013. Met with critical acclaim,  it contained twelve songs including Gotta Get There, Beat of the Music, Mean to Me, Go On Without Me, On and On, One Mississippi, and Waited too Long. Shortly after being made available, the 12-track project entered the Billboard Top 200 at number 11 and the US Top Country Albums chart at number 2.

Supported by four singles, approximately 21,000 copies were sold during the first week. One of the best debuts from a male country singer in nearly a year, more than 183,000 copies have been sold domestically as of 2015. As of 2017, the album has received gold certification in the United States.

Following the release of another hit single in 2014, Brett delivered his second album, Illinois on September 11, 2015. A success on the charts, it debuted at number 3 on the Billboard Top 200 with roughly 51,000 sales in the first week. Soon afterwards, the album also reached the top of the Billboard Country Albums chart. A twelve-track album, it featured the songs, Wanna Be That Strong, Lose My Mind, You Can’t Stop Me, Drunk on Your Love, Going Away for Awhile, and Love it All.

The album eventually spawned two RIAA certified singles, the gold Lose My Mind and the platinum, Drunk on Your Love.

On October 28, 2016, Brett dropped his next album, Glow. Holiday-themed, it included many Christmas classics including Let it Snow! Let it Snow! Let it Snow!, Silent Night, Winter Wonderland, White Christmas, I’ll Be Home for Christmas, Baby it’s Cold Outside, and Merry Little Christmas. On the Billboard 200, it peaked at number 29; later on, it also reached number two on the Top Holiday Albums and Top Country Albums charts.

Considering how many of the above received RIAA certification, the earnings that he made from said records would have presumably been decent. Still, that probably doesn’t account for the entirety of his $5 million fortune. Where else does his income come from?

As expected from a popular singer like himself, Brett has put on numerous shows over the past few years. For instance in 2016 alone, he had performed over 80 dates across the world. In fact, he’s currently on tour as we speak; from the looks of it, he’ll be hitting up various cities in the United States until late October 2017. For more information on his 2017 tour, please visit his official website.

Typically, it’s not uncommon for an artist to yield a few tens of thousands (if not more) per show. Obviously, that would easily rack up over the years.

As far as alternative sources of income go, Brett’s Youtube Channel also earns him some extra cash on the side. Since he first created his page in 2007, he has amassed close to 200,000 subscribers with over 141 million lifetime views. As of 2017, his top upload- Wanna Be That Song (Official) has been viewed over 28 million times.

For fans who’d like to buy some memorabilia, Brett has set up his own store via his official website. Looking at it now, a range of products are available from hoodies, to autographed bundles.

How much has he earned from Youtube? Given that he makes at least $2 per 1,000 views, and that 40% of his total views are monetized, then he would have earned at least $110,000 from his channel so far.

Currently it is estimated that Brett Elredge has a net worth of $5 million. From all that’s been said above, it’s clear that he has two major things going for him- one, the sales of his albums and singles, and two, his concert tours. Seeing as how he’s always on the road, it wouldn’t be too surprising to know if most of his wealth comes from him performing on stage.

No, the 31-year-old country star is currently single. In fact, he recently stated in an interview that he wants “to find that girl that wants [his] heart” and that “[he’s] ready to give it”.

Back in 2015, he was in a brief relationship with American model Rachel Hilbert, although they soon broke up. It’s unknown whether or not Brett has dated anyone previous to that at this time.

Does Brett Eldredge Have Any Children?

No, Brett Elredge does not have any children that we know of.

Did Brett Eldredge Go to College?

Yes, Brett attended Elmhurst College in his native state of Chicago, before transferring to Middle Tennessee State University to pursue his dreams of music.

What Kind of Car Does Brett Eldredge Drive?

Information on Brett Eldredge’s vehicle is unavailable at this time.

Since his debut, Brett Eldredge has sold well over a million records across the world. To date, his greatest releases include the albums, Bring You Back, Illinois, and the singles, Don’t Ya, Beat of the Music, Mean to Me, Lose My Mind, and Drunk on Your Love, all of which have attained RIAA certification.

Hugely popular with his own dedicated fanbase, the singer has embarked on numerous tours over the past few years. In total, he’s probably stepped up onto the stage hundreds of times!

Like many celebrities, the country singer has supported several charitable organizations in the past. For instance, he’s worked with the Alzheimer’s Foundation of America, American Heart Association, ACM Lifting Lives, Monroe Carell Jr. Children’s Hospital, and Got Your 6.

As mentioned already, Brett Eldredge is currently on the roads for his 2017 Tour. According to the schedule posted on his official website, the tour will be continuing until October 2017, where it’s set to come to an end in San Bernardino, California.

In terms of music releases, he’ll be coming out with his fourth studio album, Brett Elredge later this summer on August 4, 2017. Earlier this February, a single taken from the album, Somethin’ I’m Good At was released.