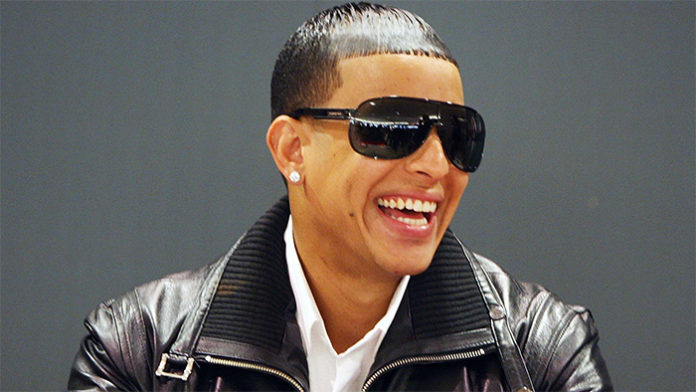 Dubbed the King of Reggaeton, Daddy Yankee dropped his first solo record, No Mercy in 1995. Hailing from Puerto Rico, he originally aspired to be a professional baseball player as a teen; unfortunately, an eventual shooting rendered that impossible. Instead, he soon developed a newfound interest in music.

Although he initially went for rap, he later decided to go with reggaeton in the late 90’s. A few years afterwards, the rapper started to gain attention in the United States with his second album, El Cangri.com. Having said that, it wasn’t until 2004 that he rose to prominence with his third studio album, Barrio Fino. Since then, Daddy Yankee has come out with four additional albums, and over 30 different singles.

Hailed as one of the most influential Hispanic artists by CNN, the rapper has since sold more than 18 million records since his debut. How much is he worth now? According to sources, Daddy Yankee currently has an estimated net worth of $30 million. Where did this fortune of his come from? We’ll be trying to answer these questions below.

How did Daddy Yankee Make His Money & Wealth? 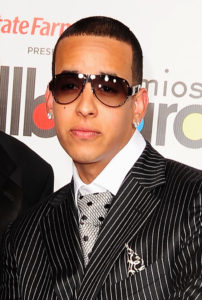 Born on February 3, 1977 in San Juan, Puerto Rico, Daddy Yankee (Real Name: Ramon Luis Ayala) originally aspired to become a professional baseball; at one point, he even auditioned for the Seattle Mariners. Unfortunately, his dream was cut short after he was shot by a stray bullet in the late teens, while resting at a studio. In total, it took him a year and a half to recover from the injury, although the bullet itself has never been removed.

Despite the ordeal, Daddy Yankee has credited the incident with allowing him to pursue a music career. In 1995, the teen released his debut album, No Mercy via the independent label, White Lion Records. Following its completion, he attempted to sell the tapes to various stores in the city. From there, he started to catch the attention of artists and producers in the area, who eventually reached out for collaborative opportunities.

In June 2002, he came out with his second studio album, El Cangri.com. Significantly more popular than his first, it garnered a decent amount of attention in the Dominican Republic and his native puerto Rico. In the United States, the album also enjoyed some success on a few Spanish radio stations. Featuring guest appearances from Divino, Nicky Jam, Speedy, Mackie Ranks, and Yaga, it reached number 13 on the Latin Pop Albums chart and number 43 on the Latin Albums chart in the US.

However it wasn’t until the summer of 2004 that Daddy Yankee garnered international fame with his third album, Barrio Fino. Released through V.I. Music in the US, it boasted 21 tracks, all of which were either written or co-written by the rapper himself. The winner of a Latin Grammy Award, the album debuted at the top of the Billboard Top Latin Albums and Tropical Albums chart; it later also reached number 67 on the Billboard 200.

Praised all around, Barrio Fino went on to spawn a number of hit singles including, Gasolina, Lo Que Paso Paso, and No Me Dejes Solo (Feat. Wilson & Yandel), all of which eventually snagged a spot on the music charts. His international breakthrough, it charted in several countries around the world including Italy, France, Austria, Switzerland, and Spain, among a few others. By May 2005, the album had attained platinum status in the United States.

From there, the rapper released his fourth album titled, El Cartel: The Big Boss on June 5, 2007. A collaboration with producers will.i.am, Scott Storch, Mr. Collipark, and Luny Tunes, among others, it boasted 21 tracks- many of which featured guest appearances from artists such as Hector, Nicole Scherzinger, Fergie, and Akon. Some highlights from the track list include Impacto, Ella Me Levanto, Mensaje de Estado, Soy Lo Que Soy, and Todos Quieren a Raymond.

As for its commercial reception, the album entered the US Billboard 200 at number 9 and the Billboard Top Latin Albums chart at number one, with over 82,000 sales during its debut week. Outside of the US, El Cartel: The Big Boss also charted in Mexico, Spain, and Switzerland. As of 2017, it has gone platinum three times.

Three years later, his fifth album, Mundial was released through El Cartel Records. A mixture of dance hall, reggaeton, merengue, and soca, its track list showcased fifteen titles including La Despedida, Vida En La Noche, Rumba y Candela, Campeo A Mi Manera, and El Ritmo No Perdona. While not as successful as his earlier albums, it garnered positive reviews from critics and reached number one on the Billboard Top Latin Albums chart. Later on, it also peaked at number 10 on the Top Rap Albums chart and number 29 on the Billboard 200.

Most recently, his sixth studio album dubbed, Prestige was released on September 11, 2012. Supported by six singles, some of the tracks that it contained include Llegamos A La Disco, La Calle Moderna, After Party, La Maquina De Baile, Perros Salvajes, and Miss Show. Like his earlier efforts, it also included guest appearances from artists such as Natalia Jimenez, De La Ghetto, J Alvarez, Nengo Flow, and Farruko. Later nominated for a Latin Grammy Award, the album reached the top of the Latin Albums and Latin Rhythm Albums charts and number 39 on the Billboard 200.

Obviously, Daddy Yankee would have made a decent amount from the above albums. Aside from those mentioned above however, he’s since also released a compilation album, two live albums, as well as a soundtrack album, most of which have reached the record charts.

As a featured artist, he rapper has also collaborated with many other big names including Eddie Dee, N.O.R.E., Ricky Martin, Inna, Luny Tunes, and Baby ranks. Some of said tracks include Los 12 Disciples, One Mi Canto, Noche de Entierro (Nuestro Amor), and More Than Friends.

As expected from a popular artist, he’s also put on numerous concerts throughout his career. For instance just last year, he performed at over half a dozen cities across the United States. Speaking of tours, Daddy Yankee is in fact on the road as we speak; as of August 1st, he’s already done 19 shows in 2017. According to his official site, his tour will be continuing until the fall. For more information on the exact dates, please visit his official website.

In terms of acting gigs, he has taken on a few of roles, although it’s obviously not his main focus. In 2004, he made his debut as an extra in the Spanish-language film, Vampires. From there, he landed a lead role in the Talent de Barrio (2008), which was based on his experience of growing up in a poor neighbourhood. A huge hit, the movie ended up breaking records at the Caribbean Cinemas.

As a voice actor, he’s also lent his voice to the popular video game, Grand Theft Auto IV in 2008.

As far as other projects go, Daddy Yankee has also set up an online store via his official site, Daddyyankee.com. For $79.99, it looks like fans can purchase a signed snapback hat directly from the artist.

Currently it is estimated that the 40-year-old star has a net worth of $30 million. Summing up from everything that we’ve said above, it’s clear that he has multiple things going for him at once, including his record sales, concert shows, and occasional acting gigs.

Yes, Daddy Yankee has been married to his wife, Mirredys Gonzalez Ayala for many years. Regarding their relationship, he’s stated that their marriage is strong as the two are “friends above anything”.

It’s unknown whether or not the rapper has dated anyone in the past.

Does Daddy Yankee Have Any Children?

Yes, he has three children with his wife, two daughters named Jesaeelys and Yamilet and a son named Jeremy. His oldest child was born when he was only seventeen years old.

Did Daddy Yankee Go to College?

No, from what we can tell, Daddy Yankee did not go to college.

Where Did Daddy Yankee Get His Name From?

The rapper’s professional stage name comes from Puerto Rican slang as the word “Yankee” refers to “a big shot in the field”. Some of the other names that he goes by include El Cangri, King Daddy, The Big Boss, and El Jefe.

Details on Daddy Yankee’s location have not been revealed to the public (which isn’t surprising considering how tight lipped he is about his personal life). We do not have any pictures of Daddy Yankee’s house to share at this time.

What Kind of Car Does Daddy Yankee Drive?

The “King of Reggaeton”, Daddy Yankee was named as one of the 100 Most Influential Individuals in the World in 2006. A music super star, he has received over 80 different industry awards from over 270 nominations since his rise to fame. So far, he’s received six ASCAP Awards, fourteen Billboard Latin Music Awards, eight Lo Nuestro Awards, fifteen Premios Juventud, as well as a Latin Grammy, among others.

In 2008, the rapper was also honoured as Latino of the Year  by Harvard University. Most recently, heceived a Puerto Rican Walk of Fame star in 2017.

Daddy Yankee is the founder of a Puerto Rican charitable organization called the Fundacion Corazon Guerrero, which provides support for young, incarcerated individuals.

Recently this June, the rapper also made the headlines after visiting a local hospital and singing a duet with a young cancer patient.

How Much Did Daddy Yankee Make Last Year?

Unfortunately, information on Daddy Yankee’s 2016 salary is unavailable at this time.

As mentioned earlier, the 40-year-old rapper is currently on the road for his 2017 concert tour.

According to reports, the Puerto Rican star will also be releasing his seventh studio album titled, El Disco Duro later this year, although an official release date has yet to be revealed.

Having said that, he did release two singles so far this year, La Rompe Corazones (Feat. Ozuna), and Hula Hoop, both of which charted on the Hot Latin Songs chart.