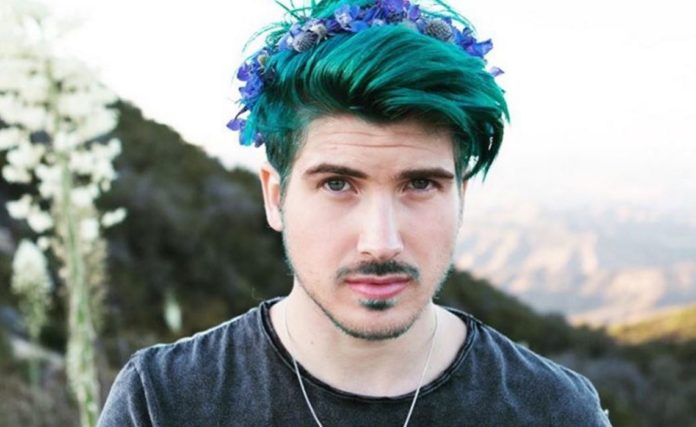 In these contemporary time, the path to fame and fortune is sometimes a lot shorter and a lot more different than it once was. The Internet, YouTube in particular, is a fantastic springboard into the homes of huge audiences, a fact that Joey Graceffa knows well. From vlogging to video games to acting on the indie and silver screens, he an up-and-coming to keep an eye on, with interests in pretty much all forms of media. What does it take to make it in the digital generation and is all the good press just so much hype? Let’s dive into the making of a new star.

How Did Joey Graceffa Make His Money & Wealth? 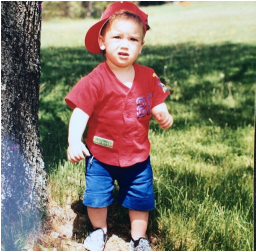 Born Joseph Michael Graceffa on May 16, 1991 in Malborough, Massachusetts, his parents split when he was a child, leaving Joey and his two siblings (sister Nicole and half-brother Jett) to be raised by their mother, Debbie, and step-father, Bob. Childhood wasn’t always easy, as his brother was diagnosed as autistic early on, his mother struggled with alcohol and drug addiction, and he himself struggled with a learning disability due to childhood lead poisoning. Creativity became Joey’s outlet for everything he was dealing with and he and a high school friend (Brittany Joyal) began making videos when they were 16, posting to a new video sharing website, YouTube. Their channel, WinterSpringPro (no longer active but with over 60 million views during its career) soon had nearly 50 videos with hundreds of thousands of views. In 2009, Joey graduated from Marlborough High School and enrolled at Fitchburg State College where he intended to major in film but grew restless and disillusioned and left after one year.

During his year in college, Joey started his own YouTube channel solely for vlogging, JoeyGraceffa, which became a success and in 2013 he joined the massive StyleHaul network, as well as creating a second personal channel to focus on video games. 2013 would be a very pivotal year for the young Internet star as he and fellow YouTube personality Meghan Camarena competed together in the TV reality show The Amazing Race 22, eliminated in the tenth lag but catapulting Joey into the public eye. He and Meghan would team up again for The Amazing Rage: All-Stars in 2015. In demand and with an almost innate understanding on web celeb-dom, Joey produced and starred in the web series Storytellers (2013-2014) and his own indie short film Eon. His acting and producing career took off, and he’d go on to star in several indie/short films and web series over the next few years including Ethereal, Haunting Ian, Absolute Peril, BlackBoxTV, MyMusic, and Children of Eden (based on the dystopian young adult novel of the same name, published in 2016 with co-author Laura L. Sullivan). On the publishing front, he authored ‘In Real Life: My Journey to a Pixelated World’ in 2015, a memoir of his childhood and rise to Internet stardom.

The past year has been very busy for Joey, as he’s been starring in a web series for YouTube Red (the site’s exclusive subscription service) entitled Escape the Night and made his big-screen debut alongside greats like Gary Oldman in the Peter Chelsom film The Space Between Us. He’s announced an upcoming sequel to his novel, Elites of Eden, and released the first collection for the crystal-based jewellery company he started in 2016, Crystal Wolf. 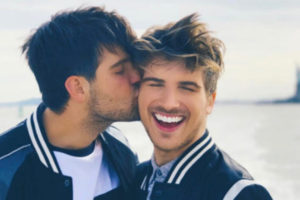 Joey is not married but on Valentine’s Day in 2016 he announced that he was in a relationship with Daniel Preda, so keep looking, gentlemen! This social media mogel is a legit model (he’s signed with Elite and Model Maggie Inc.) and megastar on both Twitter and Instagram. They met in and began dating in 2014 and reportedly it was instant chemistry! From Massachusetts as well (Boston), Daniel has a lot of diverse interests but is less comfortable in the limelight than Joey, bringing balance to the relationship but also being glad to be a part of his boyfriend’s videos. The two live together with their adorable dogs and while there’s no talk of marriage (except among their fans!) neither has publicly ruled it out. Style and fashion, humour and wit, those are some true #relationshipgoals.

Did Joey go to college?

Joey did go to college. In his book, ‘In Real Life: My Journey to a Pixelated World’, he talks about applying twice to his dream college, Emerson University, and being rejected both times. Instead, he went to Fitchburg State College with the hopes of going into film/visual arts but found himself lost and left after one year.

Has Joey won any awards?

For having been on the social media celeb scene only a short time, Joey has had his share of attention from fans and major outlets alike, which is a pretty significant accomplishment for members of the digital generation. In 2014 he was nominated for 2 Teen Choice Awards; Web Star: Gaming and Web Star: Male (nominated again in 2015, 2016) and won a Streamy Award for Best Male Actor in a Dramatic Web Series for Storytellers (also nominated for a Streamy for Best Drama Series). In 2015, Joey was nominated for a Streamy (Best Lifestyle Series), while in 2016 he won a Streamy for Best Ensemble Cast for Escape the Night. As his professional acting career takes off, not to mention his forays into publishing, it’s very likely that we’ll be seeing a lot more of this vibrant star lighting up the red carpet.

Where does Joey live? 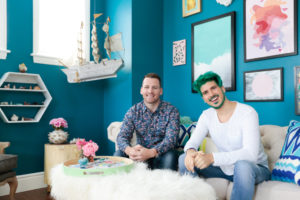 Joey lives with his boyfriend Daniel in Los Angeles, California with their three Siberian Husky pups, Wolf, Storm, and Lark. Their house is spacious and colourful, full of abstract furniture, huge leafy houseplants, and crammed with amazing decor. The master bedroom has its own terrace that looks out onto the beach and nearly every wall is covered with fun art accentuating the ocean theme the two have chosen. Joey loves crystals (he started his own crystal jewellery company, after all) so they’re found on his office desk, on tables, and shelves all over the house. There’s an in-ground pool, absolutely amazing kitchen, and ample room for yoga every morning (gotta stay grounded!).

What does Joey do with his wealth?

Internet stardom might look like all fun, games, and money but there’s a lot of work that goes into constantly creating and uploading content as well as the several projects that Joey is currently involved in. What does that mean? Well, no time for exotic vacations or piloting yachts, certainly. Joey drives a sensible car and his shopping sprees are mostly confined to what he needs to look good and what he needs to review/talk about on YouTube. Treats and food for fur-babies don’t break the bank and while it’s expensive to live in Los Angeles, mortgage isn’t sucking up Joey’s entire net worth. It looks like he’s planning for a stable future and in this world where fortunes can turn on a dime, no one can blame him.

Would the young Joey Graceffa ever have thought that one day he would leave his troubled childhood behind to find fame, wealth, and love in the new digital world? With nearly 4 million Twitter followers, 5.5 million Instagram followers, and over 8 million YouTube subscribers with nearly 2 billion lifetime views, Joey is a man on the way up and look out anyone who would get in his way. This Boston boy’s made good in a world that continually put him down and his success proves that it’s possible for anyone to go from nothing to everything in the ‘pixelated world’.