Carter Reynolds Net Worth 2018 – How Rich is the Former Vine Star Now? 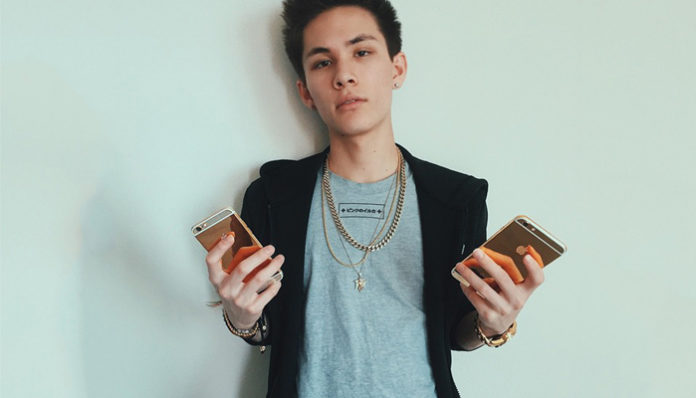 Hailing from North Carolina, Carter Reynolds first rose to fame on Vine in his late teens. Known for his goofy yet humorous clips, he had over 4.6 million followers on the video-sharing platform by the time it was shut down. Aside from his six-second videos, he also gained popularity as a member of the Magcon Boys. Formed in 2013, the group consisted of several Vine stars including Taylor Caniff, Cameron Dallas, Aaron Carpenter, Hayes Grier, among a few others.

Since then, Reynolds has focused his efforts on his other social media accounts including Instagram, where he currently has over 3.4 million followers. Though he isn’t as active on Youtube, he does have a decent following of 842K subscribers under his channel, ItsMrCarterr. On top of that, he’s also well known on Twitter with close to 3 million fans.

How successful is the 21-year-old star now? What does he have going for him as of 2017? According to sources, Carter Reynolds currently has an estimated net worth of $950,000. Where did this fortune of his come from? To find out, let’s take a closer look at his career on social media.

How did Carter Reynolds Make His Money & Wealth? 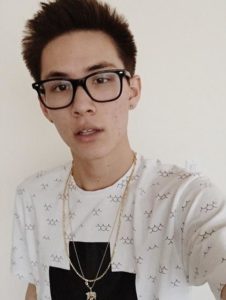 Born on May 24, 1996 in North Carolina, Carter Reynolds grew up in the town of Valdese with his older sister, Kealia. Unfortunately, not much has been revealed about his childhood. Having said that, we do know that he went to Jimmy C. Draughn High School as a teen- he later graduated in 2014. Like many teenagers his age, he got involved with social media during his last year in high school.

In 2013, he jumped onto the Vine bandwagon- the latest social media fad that allowed its users to upload and share six-second long clips. Quickly getting the hang of the app, he later posted a series of short skits, which over time, garnered him a decent amount of followers. As his presence on the platform grew, Reynolds started to post a greater variety of videos from pranks on his mom to collaborations with other stars.

However, it wasn’t until he became a member of the Magcon (which stands for “Meet and Greet Convention”) Boys that he first rose to fame. A group of social media personalities, the collective toured various shopping malls in the country in attempts to raise their profiles further. Aside from Reynolds, the crew also consisted of Jacob Whitesides, Taylor Caniff, Hayes Grier, Jack Gilinsky, Aaron Carpenter, and Cameron Dallas, among a few others.

After a year of collaborating with the group however, Reynolds made the decision to leave Magcon- right in the middle of a tour. In an unexpected twist, the Vine star described the collective as being “shady” and that he had never once felt like he “was being treated like family.” Still, the teen had already garnered himself a considerable following on Vine by then. By the time it was announced that Vine would be shutting down, he already amassed over 4.6 million followers on the app, making him one of the most popular personalities on the platform.

Now, it’s no secret that Vine can be a huge money maker. With the audience that he had, there’s no question that Reynolds had managed to bank a considerable amount from the site. But how much? According to sources, it’s not uncommon for brands and companies to compensate Vine users upwards of a few thousand dollars for a single endorsement campaign. Of course, the more popular you are, the more offers you would receive.

As one of Vine’s most popular users, Reynolds was allegedly bringing in thousands of dollars simply by posting six-second long videos at the peak of his career in 2015. Ultimately, it didn’t take long for brands to notice his potential as a collaborator. Though we don’t have an exact amount as to how much the teen had earned in total, it most likely would have been an eye-opening figure.

Aside from Vine- which is now defunct, the North Carolina native has also been working on growing his following on his other social media accounts. For instance on Twitter, he currently has close to 3 million followers. Prior to reaching the one million follower mark, Reynolds had launched a follower campaign- #Carterto200K. Incredibly successful, it quickly helped him to gain 200K fans on Twitter; within four months, he had broke the 1 million follower mark.

In addition to that, he also has a decent following on Youtube under the username, ItsMrCartell. Although his channel isn’t particularly active, he has managed to amass over 842K subscribers with more than 17.4 million views as of August 2017. So far, his most popular upload, Chapstick Challenge – Carter Reynolds & Maggie Lindemann has been viewed over 4.6 million times. Some of his other top videos include Cotton Ball Challenge, What Type of Music Do I Listen To? and I Got a Dolla!.

As you probably already know, it’s not uncommon for Youtubers to make a little bit of extra cash through Google’s partnership program. By displaying ads on their videos, users are able to make anywhere from $2 to $5 per monetized view, depending of course- on their location, content, audience, etc. Given that a celebrity receives millions upon millions of views on a regular basis, the earnings easily stack up- it’s not unheard of for some of the site’s top stars to make tens of thousands of dollars per month, simply from posting videos.

So how much has Carter Reynolds made from Youtube so far? A few simple calculations tell us that he would have made at least $10,000 from the site so far- not too bad for earning some passive income!

On Instagram, the 21-year-old is also a social media influencer with over 3.4 million followers. On average, his posts receive anywhere from 40K to 70K likes each. Considering the reach that he has, it wouldn’t be surprising if he were to receive endorsement offers and the like from companies. Similar to how it is on Vine, brands can be fairly generous when it comes to advertising. Too bad it’s almost impossible to know how much one has  earned from said gigs.

At the peak of his popularity during 2014-2015, Reynolds also participated in a handful of public events, all of which would have presumably, earned him a decent booking fee. For instance, he took part in the DigiFest in New York City and at the Virtuoso Fest in Los Angeles, California in 2014. In 2015, the teen was also present at an Outdoors at the Palladium event in Worcester, and a TD Echo Beach event in Toronto, Canada. Most recently last summer, he was also a guest at the O2 Institute Birgminham in the UK.

As far as other ventures go, he made a brief appearance in the Netflix series, Chasing Cameron (2016), starring fellow social media star Cameron Dallas last year. Though he hasn’t taken on much acting in the past, he will be playing a supporting role in an upcoming horror film called, Float Trip (2017), according to IMDb.

Currently it is estimated that the 21-year-old star has a net worth of $500,000. Drawing from what we’ve said above, it’s clear that he had earned most of this from the peak of his popularity as a Vine star. Aside from that however, it’s assumed that he has also banked some from his other endeavors such as the public events that he’s attended in the past and what he’s made from his other social media accounts (E.g. Youtube, Instagram). Though his prime days appear to be over, Reynolds still has himself a decent following online.

No, he is not married. Allegedly, he is currently in a relationship with model Demi Plaras. Though they haven’t officially confirmed their status, they have posted several photos on social media- many of them exchanging kisses!

In the past, Reynolds dated Maggie Lindemann (more on that later) and a beauty guru named Nathalie Paris.

Does Carter Reynolds Have Any Children?

No, Carter Reynolds does not have any children that we know of.

Did Carter Reynolds Go to College?

No, he did not go to college from what we can tell.

The social media personality currently resides in the country’s entertainment capital of Los Angeles. Unfortunately, further information on his home is currently unavailable. We do not have any pictures of Carter Reynold’s house to share at this time.

What Kind of Car Does Carter Reynolds Drive?

One of the most popular stars on Vine just a few years ago, Carter Reynolds had amassed more than 4.6 million followers by the time the app had shut down. Aside from being well known for his six-second clips, he also has an impressive following on Instagram, where he currently has over 3.5 million fans and on Twitter where he has close to 3 million fans.

As mentioned earlier, a Twitter follower campaign that he had implemented in late 2013 (#CarterTo200K) had helped him reach the 200K mark by January 2014. Within four months, his following had further soared to reach the one million mark.

In 2015, Reynolds came under fire after after he was seen pressuring his then girlfriend, Maggie Lindemann into performing oral sex with him on camera. In the video, she is noticeably uncomfortable- despite having stated that “[it] makes [her] so uncomfortable”, he continued to chant “Do it” in the clip.

To make matters even worse, Reynolds was nineteen at the time while his girlfriend was only sixteen. Considering how the age of consent is eighteen in Los Angeles, the act would be considered an attempted statutory rape.

Following the leak, Reynolds expressed some obvious panic before attempting to remedy the situation with an apology (after initially denying the event). As a result of the incident, he allegedly lost a few of his contracts, as well as many followers.

How Much Did Carter Reynolds Make Last Year?

We do not have information on Carter Reynold’s 2016 earnings at this time.

Though not as active as he was before, Carter Reynolds still updates his social media accounts regularly- namely his Twitter and Instagram. To stay on top of what’s going on with the 21-year-old, be sure to follow him if you haven’t already done so.