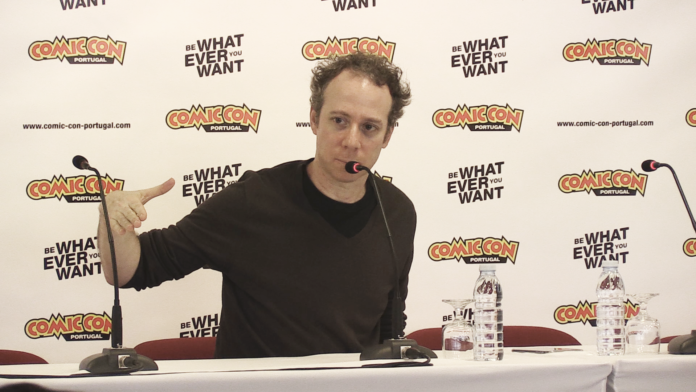 Kevin Sussman is one of those faces that shows up all the time and leaves you going, Hey I know that guy. He is best known for his role on The Big Bang Theory, playing the comic book store owner Stuart Bloom, and had been a minor character for years before being promoted to a co-star position beginning with season six. He plays a sad sack well, and the writers have been making good use of his character to shake up established dynamics, a must in a show that runs for this length of time. He has been on the scene since the late nineties, with minor roles in a variety of films and TV shows, but it was his recurring role in Ugly Betty and My Name is Earl that gave him the spring board he needed. A few solid performances on The Big Bang Theory later and he is pulling in the big cash. The amount of cash that show is making is unbelievable, and Kevin’s status as a regular means that on a per episode basis he is pulling a lot of money.

This is part of a series on the cast members of The Big Bang Theory, so I have been trying to get a little more information on each of them, in addition to the financial stuff, so let’s take a look into the life and work of Kevin Sussman, see how he got to where he is today, and how much he made along the way.

How Did Kevin Sussman Make His Money & Wealth? 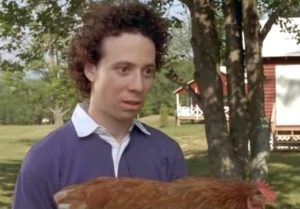 Kevin Sussman was born on December 4th 1970 in New York. He grew up with three older brothers, and it was their tales of backstage antics at their school plays that encouraged Kevin to go into that world himself. He had the knack, and the drive, to make it as an actor and eventually graduated from the American Academy of Dramatic Arts in Manhattan. After completing his degree he studied acting under Uta Hagen for four years. His career moved slowly for a number of years, with a few TV shows and movies, he even appeared in A.I. Artificial Intelligence, directed by Spielberg, but had his scene cut for time. His first big role was in the Dramedy Ugly Betty in 2006.

He played Walter in the first season of the show, the on again off again boyfriend of the title character. While his performance was great, the character was not well received. He gained regular status before the of the first season, but was written off before it ended as well, likely as a result of both the fanbase’s opinion of him, and the fact that he did not serve much of a purpose to the story anymore. He followed up Ugly Betty with a couple of appearances on My Name is Earl, and a handful of bit roles until he was cast in The Big Bang Theory.

He is best known these days for his role on The Big Bang Theory, where he plays Stuart Bloom, the hapless sad sack owner of the local comic books store. His original performance was a far cry from the person he would become, with him dating Kaley Cuoco’s character very briefly. He soon became a more extreme version of Kunal’s character, Raj, more pathetic and more depressed. It won him fans thoguh, and by the time the sixth season rolled around he was a series regular. It was while working on The Big Bang Theory that he met John Ross Bowie, and the pair would pen a script for a series, called Dark Minions. Amazon Prime bought the pilot and aired it, but it did not garner enough views to be picked up, and the pilot was retooled into a TV movie.The duo have written a number of spec scripts, but none of them got picked up so far as I can tell.

The bulk of Kevin Sussman’s fortune comes from his acting career. His work on The Big Bang Theory is likely the most lucrative, with series regulars getting around $50,000 to $60,000 per episode. That really adds up over the course of 8 seasons or so. In addition he continues to appear in other media, thoguh he was strangely absent from the most recent series of Wet Hot American Summer. He has no known projects in the works for the rest of 2017 and 2018.

So far as I can find out he is not currently married. He was, a number of years back, to an unknown woman. All I could find out was that she made music and they divorced sometime between 2012 and 2014.

Where is Kevin Sussman from?

What is Kevin Sussman’s favorite film?

He cites Annie Hall as his favorite film, Woody Allen was a key influence on him growing up, and he tries to emulate his style where appropriate.

How did Kevin Sussman get cast on The Big Bang Theory?

This is a bit convoluted. He first auditioned for the show before it aired, and wanted the part of Leonard, but when the audition came up the first time he was still under contract for Ugly Betty and could not take any part. The next time a role cam up Chuck Lorre asked him to play it, this time for Barry Kripke, but Sussman was filming a movie at the time. the role went to John Ross Bowie, which would prove useful in the future for Sussman. Next same the role of Stuart, the stars aligned and Sussman was signed on for the aprt.