In this contemporary world where a high school kid can post a YouTube video, go viral, and become an award-winning musician with a triple-platinum release a few months later, are there still any artists who get their start the traditional way? The answer is yes, and that Chase Rice is one of those stars. Building a name and reputation the old way, through countless gigs at local joints and bedroom-recording, this country boy worked his way up to stardom and it’s not hard to see why! Let’s take a look at the beginnings and rise of Chase Rice, rapidly becoming a household name on the country scene.

How Did Chase Rice Make His Money & Wealth? 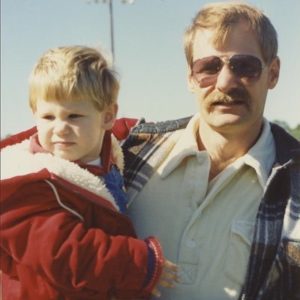 Born on September 19, 1985 in Asheville, North Carolina, Chase was raised on a farm with his two brothers (Jesse and Chad) and by all accounts, lived an idyllic country childhood. Very into sports (especially football), he played on the team at AC Reynolds High School and continued after graduating and going on to the University of North Carolina at Chapel Hill. There, Chase’s life would change forever, when he suffered a season-ending ankle injury, a severely torn tendon, which also sunk his future potential NFL career. It was around this time that he began to learn the guitar, inspired by his father’s advice, at first playing for his friends and then at open-mic nights at bars around town. Music would continue to be a part of his life but take a backseat for a few years as Chase became involved with NASCAR just out of colleg. During this time, he worked as the rear tire carrier for Ryan Newman and Jimmie Johnson, part of the two-time championship winning Lowes team.

Tragedy would strike again, however, in 2007 when Chase’s father Dan died suddenly of a heart attack, leaving the young man broken and lost, refusing to believe that his best friend and biggest supporter was gone. Chase turned to both music and his religion to get him through the grief, building a solid reputation of amazing life show performances. In 2010 his life would change once again, releasing his first studio album, Friday Nights & Sunday Mornings, and being selected as a cast member on the reality TV show Survivor: Nicaragua where he would go on to the Final 3 of the season. Chase released an EP in 2011, Country As Me, and his second studio album, Dirt Road Communion, dropped in 2012 and debuted at No. 48 on the Billboard Country Albums chart. Now he was unstoppable, releasing the EP Ready Set Roll in 2013, leading to a partnership with Columbia Records and his third studio album in 2014, Ignite the Night which hit No. 1 on both the Billboard US Country and US Indie charts.

Chase hit the touring scene with country star Kenny Chesney in 2015, later headlining the Jesus and Jack Daniels tour with The Cadillac Three that year. In 2016 he did a special college tour before touring again with Ryan Hurd and Lacy Cavalier. The Nashville star life is just beginning for Chase, however, leaving Columbia and signing with Broken Bow Records in 2017 with an expected fourth studio album, Lambs & Lions due out before the end of the year. 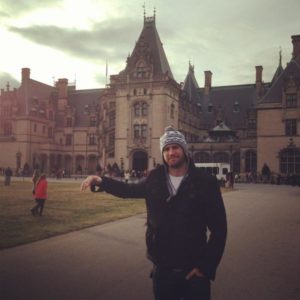 Chase is not married and is not currently dating anyone, so the line forms here, eligible ladies! Never one to broadcast his private life across social media, he prefers to keep personal matters, well…personal. So, is it possible that there IS a special someone who wants to stay out of the limelight? Anything is possible and Chase is keeping mum, preferring his privacy on the matter, though he has been known to poke fun at fans constantly asking about potential girlfriends by posing in front of landmarks alone introducing his “new girlfriend (maybe someday)”. What with touring and working on a new studio album, it’s completely understandable if Chase doesn’t have the time for a relationship or didn’t want to talk about it if he does. There’s time enough yet for true love in his future.

Did Chase go to college?

Chase attended the University of North Carolina at Chapel Hill where he was a linebacker on the football team until an injury ended his dreams of NFL stardom. He graduated with a degree before moving on to work in NASCAR.
What drives Chase to overcome hardships? 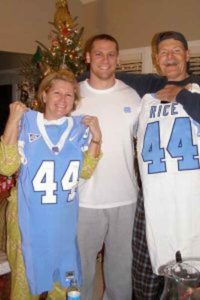 From seeing his athletic career dashed to the sudden death of his beloved father, Chase has had to deal with a lot on top of the pressures of touring and country stardom. He credits “turning to God” (Chase is a Christian) with giving him the ability to shrug off a great deal of pain and burden to continue on to be the kind of person he wants to be. The values instilled in him by his father also guide him, providing a wellspring of inspiration and strength. Chase recalled in an interview with ESPN that his father attended every football game and every gig, even when exhausted and ill from a previous fight with melanoma, proving he was always his son’s biggest fan. That kind of “moral compass” drives him to try despite any obstacles or hardships in his way, says Chase, feeding the “fire burning in my belly”.

Is Chase better known as a musician or reality TV star?

Once asked if being on, and nearly winning, Survivor: Nicaragua helped his country music career or if it was the other way around, Chase has said it was a valuable life experience that taught him a lot about interacting and getting along with others but doesn’t think it propelled his music career. Rather, being on TV helped to put his life in perspective, something more valuable than the prize money that was at stake. However, the nation was paying attention to him on TV, as Chase was voted the 10th most attractive male contestant in Survivor history in 2015.

What does Chase do with his wealth? 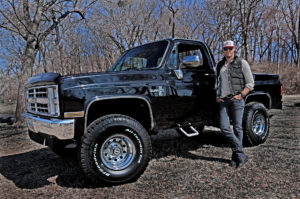 He drives only the best trucks, as would befit any farm-raised North Carolina country boy. Never one for putting on airs with million-dollar mansions in Los Angeles or bank-busting shopping sprees in NYC, Chase enjoys the comforts of country life and there’s no better example than his love of all things automotive. You don’t have to spend time in a NASCAR pit crew to understand that a car or truck is so much more than a method of getting from here to there, and Chase understands, favouring American autos. He learned to drive on a late 80’s Jeep Grand Cherokee, currently drives a huge Chevy Avalanche, but also has taken up classic car restoration, working on a 1970 Dodge Challenger.

What’s next for this multi-talented son of Nashville? Chase has a new album due out before the end of 2017 (Lambs & Lions with Broken Bow Records) and the rumour is that he’ll be touring to support the new set. For a farm boy with dreams of sports glory who lived life in the fast lane in NASCAR before a stint on reality TV and a breakthrough career in country music, the sky certainly isn’t the limit. With over 811,000 Twitter followers and 752,000 followers on Instagram, Chase Rice is a man on a mission who won’t let anything get in his way.
Share
Facebook
Twitter
Pinterest
WhatsApp
Previous articleRoy Woods Net Worth in 2018
Next articleVic Mensa Net Worth 2018 – How Much He Earns Per Gig