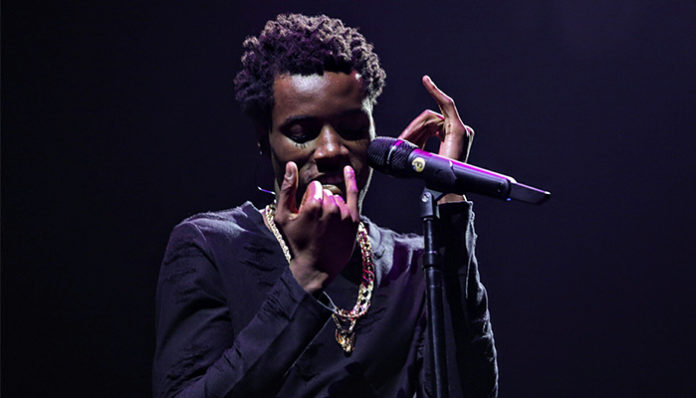 Canadian rapper Roy Woods is perhaps best known for his debut EP, Exis. Hailing from Brampton, Ontario, he started to make his own music at the age of fourteen. Inspired by the works of Michael Jackson, he found joy in penning his own song lyrics. Having said that, it wasn’t until he was in his mid teens that he first started to take music more seriously.

After a bit of experimentation, Woods decided to focus his efforts on alternative R&B. Then in the summer of 2015, the aspiring artist received a small break after Drake featured two of his songs, Drama and Get You Good on his OVO Sound Radio Show. Not long afterwards, he dropped his debut EP, Exis via Warner Bros.

Since then, the 21-year-old has released an additional EP, as well as a studio album, the latter of which has gone on to reach the record charts. Despite being a relative newcomer to the music scene, his popularity has been gradually increasing over the past few months.

According to sources, Roy Woods currently has an estimated net worth of $400,000. Curious to know where most of this came from? Let’s find out.

How did Roy Woods Make His Money & Wealth? 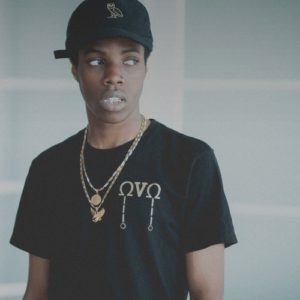 Born on April 18, 1996 in Ontario, Canada, Roy Woods (Real Name: Denzel Spencer) spent much of his youth in the city of Brampton, where he went to school. A talented athlete, he excelled in football- a sport that he dedicated many hours to growing up. Aside from that however, he also gravitated towards music. As a young teen, he started to pen his own songs at the age of fourteen, drawing inspiration from Michael Jackson (which his mother often played around the house).

Still, most of his time went towards his first passion, football. After getting into high school, he joined the team as a wide receiver; despite many amazing games however, he experienced many concussions on the field. Eventually deciding he’s had enough (as he didn’t think his body could take it), he quit the sport in opt of pursuing music. Despite his newly found goal however, he found that he wasn’t able to sit through choir lessons- the focus simply wasn’t there.

Deciding that choir wasn’t for him, Woods began to do his own thing. Eventually, his experimentation led him to a local YCMA that held regular talent nights. At the venue, his ability to sing (as opposed to rap) ultimately set him apart from his peers. Instead of free styling, his lyrics focused more on his past situations and relationships. A huge hit, he quickly won over the hearts of audience members (especially girls).

On his way to a music career, he eventually adopted his first moniker, Pression- derived from the word, depression. However, that didn’t last long; he soon changed it after being told that “it didn’t fit [him]” by a younger peer at high school. After conducting an informal survey around the school hallways, the aspiring musician decided to call himself what he’s known as today, Roy Woods.

From there, he started to create his own music. In the summer of 2015, Woods garnered a bit of attention after two of his songs, Get You Good and Drama were featured on Canadian rapper Drake’s OVO Sound Radio show. Shortly afterwards (within a matter of weeks), he dropped his debut EP titled, Exis.

A blend of alternative R&B and hip hop, the project featured production from the likes of Daniel Worthy, President Jeff, and The 90z. Released on July 31, 2015, the EP contained six tracks: Get You Good, Innocence, Go Go Go, Unleashed, Jealousy, and Drama (Feat. Drake). Although not a smash hit per se, it did successfully go on to reach number 27 on the US Top R&B Hip Hop Albums chart.

Then in July 2016, Woods delivered his debut studio album, Waking at Dawn. A direct followup to his earlier EP, its production credits included L.A. Chase, Murda Beats, FrancisGotHeat, Omari Jabari, among a few others. Fairly well received upon its release, it boasted ten tracks including She Knows About Me, Menance, Down Girl, Got Me, Why, Gwan Big Up Yourself, and Sonic Boom.

Preceded by the single, Gwan Big Up Yourself (which was released in June), it reached number 127 on the Billboard Top 200 and number 11 on the Top R&B Albums chart; in his native Canada, the album also charted at number 30.

Since then, Woods has put out another big release, his second EP, Nocturnal. Featuring guest appearances from label-mates MadeinTYO and Majid Jordan, it came packed with seven tracks- Dangerous, Love You, Instinct, Chilli Peppers, Involved, Magic, and Four Seasons. Despite the rave comments that it received from fans however, it did not end up reaching the music charts.

So far, that’s all that he’s released. As it is with most artists, he would have yielded a decent amount from said record over the past two years. Still, that can’t be his only source of income- how else does Woods make a living?

As it turns out, concerts are another big money-maker for the artist. Just recently, he hit the road for his first tour, the 2016 Unlocked Tour, for which he travelled to 26 different cities across the globe from Berlin, Germany to Chicago, Illinois. At one point last year, he also supported Drake & Future in their 2016 Summer Sixteen Tour.

Although it doesn’t look like he’ll be going off for another tour this year, he does have a couple of shows planned for the next couple of months in California and Toronto. For more information on the exact dates, please visit his official website.

From what we can tell, the 21-year-old is not married. In fact, not much is currently known about his love life.

Does Roy Woods Have Any Children?

No, Roy Woods does not have any children that we know of.

Did Roy Woods Go to College?

No, he did not go to college. Ever since he completed high school in 2014, he’s been focused on his music career.

Where Does Roy Woods Live? Pictures of Roy Woods’ House

It’s assumed that Roy Woods currently resides in his hometown in Toronto, Canada. Unfortunately, we do not have any further details or pictures of Roy Wood’s house at this time.

What Kind of Car Does Roy Woods Drive?

In just two years, Roy Woods has successfully established a place for himself in the R&B community. Since his debut, he has dropped two extended plays, a studio album, and a few singles, most of which garnered high praises from fans.

With his rising popularity, he even had the opportunity to go on a worldwide concert tour in 2016.

How Much Did Roy Woods Make Last Year?

Details on Roy Woods’ 2016 income is unavailable at this time.

Currently, the artist is getting ready to release his debut album, Say Less. Originally announced in March 2017, Woods recently teased fans this July with a freestyle of the same title in anticipation of the upcoming project.