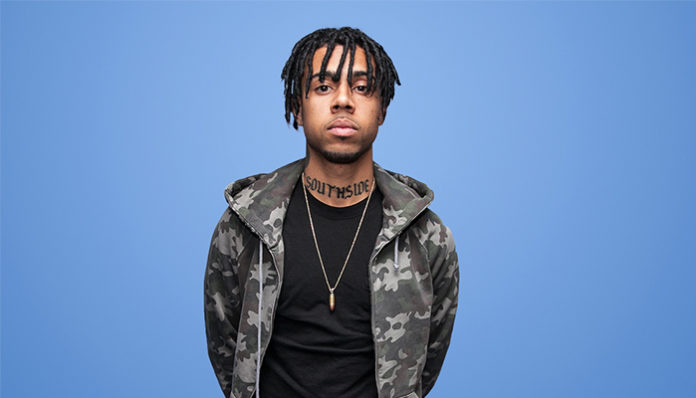 A Grammy-nominated rapper, Vic Mensa first made himself known with his 2014 debut single, Down on My Luck. Living a young rapper’s fantasy, he has worked with several big name artists including Kanye West, Pharrell Williams, and Jay Z. In contrast to his life now, his earlier years were packed with obstacles- for one thing, he nearly died twice as a teenager.

A natural performer, he was part of an indie band called Kids These Days during his teens. Shortly after their break up in 2013, Mensa released his debut mixtape, Innanetape as a free download. Since then, he’s dropped a studio album, two extended plays, and a handful of singles. Not only that, but the 24-year-old has also founded a hip hop collective known as Savemoney.

Known for his work on Kanye West’s single, All Day which earned him a Grammy nomination, his presence in the R&B world has only continued to grow over the past couple of years. How successful has his music endeavours been?

According to sources, Vic Mensa currently has an estimated net worth of $2 million. Where did most of this fortune come from? What are his greatest sources of income? We’ll be trying to answer the above questions below.

How did Vic Mensa Make His Money & Wealth? 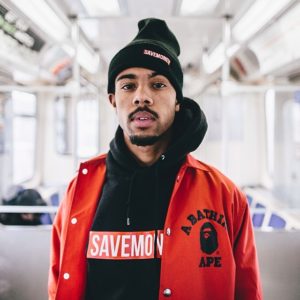 Born on June 6, 1993 in Chicago, Illinois, Vic Mensa (Real Name: Victor Kwesi Mensah) is of Ghanaian descent from his father’s side and of Caucasian descent from his mother’s side. Growing up in the Hyde Park area of Southern Chicago, he grew fond of music at an early age. Embracing the freedom that came with street culture, he was also drawn to graffiti and skateboarding as a young boy. From there, it wasn’t long until he had found his way into the rap scene.

By the time he was fifteen, Mensa knew that music was what he wanted to do with his life. A year later, he joined the indie band, Kids These Days with whom he had his first taste of success. In 2009, the crew competed and came out as the champions at Congress Theatre’s Next Big Thing Competition. Over the next two years, they performed at a number of events including at Milwaukee’s Summerfest and at the South by Southwest Festival.

From 2011 to 2012, Mensa and the boys released two EPs- Hard Times and Traphouse Rock. Though they caused minimal stir, the projects added to their growing presence. At one point in 2012, the group even appeared on the Conan O’Brien Show at The Chicago Theatre. After four years of playing together, the hip hop collective disbanded in 2013.

Later that year, the artist released his debut mix tape dubbed, Innanetape. Recorded at Truth Studios in Los Angeles, it included guest appearances from Rockie Fresh, Ab-Soul, BJ the Chicago Kid, and Chance the Rapper. Co-produced by Mensa himself, the tape boasted fourteen R&B tracks including Time is Money, Welcome to Innanet, That Nigga, Fear & Doubt, Hollywood LA, and Tweakin.

Praised for his ability to play with sounds and words, Innanetape ended up on several Year-end lists including those of Complex Magazine and Rolling Stone. To date, the mix tape has been streamed hundreds of thousands of times online; one of its songs, Tweakin’ (Feat. Chance the Rapper) has been listened to over 3 million times on Soundcloud alone.

On June 6, 2014, Mensa dropped the single, Down on My Luck via Virgin EMi. Taken from his first studio album, its production was handled by the artist himself with help from Stefan Ponce. A mix of deep house and hip hop, the song received countless praise upon its release that summer. While it didn’t chart in the United States, the track eventually managed to reach number 37 on the UK Singles Chart. Its official music video has since been viewed more than 10 million times on Youtube.

Over the next couple of years, the rapper delivered two additional songs- both collaborations; the first, U Mad (Feat. Kanye West was made available in 2015 while the second, No Chilli (Feat. Skrillex) was released in 2016. Ultimately, it wasn’t until June 2016 that he came out with his next big release, his debut extended play dubbed, There’s A lot Going On.

A prelude to his debut album, the EP came packed full of hip hop beats including Shades of Blue, Dynasty, 16 Shots, New Bat, and Liquor Locker, the last of which featured Ty Dolla Sign. One of his most successful releases to date, it earned an A- rating from Vice Magazine and a score of 4/5 from XXL. As far as chart performance goes, it reached the top of the Billboard Heatseekers Albums chart and peaked at numbebr 127 on the Billboard Top 200 and number 14 on the Top R&B and Hip Hop Albums chart.

Then in June 2017, he released his second EP, The Manuscript. A four-track project, it included the songs Rage, Almost There, Rollin’ Like a Stoner, and OMG (Feat. Pusha T). Though the EP didn’t chart on the Billboard 200 like his previous effort, it did manage tor each number 25 on the Top Heatseekers Albums chart.

A month later, Mensa’s debut album titled, The Autobiography was released on July 28, 2017. Available for streaming a week before its release date, it contained several guest appearances from Chief Keef, Weezer, The-Dream, Saul Williams, Joey Purp and a few others. Some highlights from the full length project include Memories on 47th Street, Didn’t I (Say I Didn’t), Gorgeous, Homewrecker (Feat. Weezer), Rollin’ Like a Stoner, and Down for Some Ignorance (Ghetto Lullaby).

In addition to the solo works mentioned above, the rapper has also been featured in the songs, Fast Life by Asher Rosh. On top of that, he’s also made guest appearances in the works of Young Chop, Kanye West, Justine Skye, Chuck English, Sia, Joey Purp, and Erik Hassle, to name a few. Some said songs include What it Takes, Around My Way, Drive Me Crazy, Winners Circle, Talk About It, and Money Clip.

With all that’s been said about his music releases, it’s obvious that a portion of his net worth had come from said EPs, albums and singles. Perhaps the second greatest source of income for the star are his concert tours. Since his debut, Mensa has entertained crowds at numerous cities around the world- for example in 2016 alone, he had performed well over two dozen dates from California to as far as Iceland!

As far as upcoming concert dates go, it doesn’t look like he has any planned for this summer. Having said that, he did go behind the mic at High Times in San Bernardino, California, earlier this April.

On top of everything above, it’s likely that he also pulls in a decent amount from his Youtube channels, more specifically from his Vevo account. Since it was first established in 2014, he has received over 32 million lifetime views. Given that Vevo has a standard advertising CPM of $25-$25, his millions of views would have translated to a nice sum (whether or not the entire amount goes to the artist is a different question though).

In addition to his Vevo page, Mensa also has his own Youtube channel in which he posts official MVs, and various videos from his tours. Although not as popular as his alternative account, it has amassed close to 18 million views.

Currently it is estimated that Vic Mensa has a net worth of $2 million. So where did he attain this fortune from? From everything that’s been mentioned above, it’s clear that most of his money came from his tours, and his record sales. Seeing as how he’s still in his 20’s and has plenty of room left for growth, it’s likely that his career will continue to take off over the next few years.

Just recently, the young rapper posted a photo of himself together with a Caucasian woman, whom he is presumably dating. Unfortunately, some of his fans didn’t take this news well, and he came under the fire.

Does Vic Mensa Have Any Children?

No, Vic Mensa does not have any children that we know of.

Did Vic Mensa Go to College?

No, from what we can tell the Chicago rapper did not go to college. He went straight for a music career after graduating from Whitney M. Young Magnet High School as a teen.

Where Did Vic Mensa Get His Stage Name From?

His current stage name is simply a derivation of his birth name, Victor Kwesi Mensah aka “Vic Mensa”.

Where Does Vic Mensa Live? Pictures of Vic Mensa’s House

The 24-year-old currently resides in Chicago, Illinois. Unfortunately, we do not have any details nor photos of Vic Mensa’s house at this time (as he’s never disclosed any facts about his location).

What Kind of Car Does Vic Mensa Drive?

We do not have any information on Vic Mensa’s vehicle at this time.

An emerging star, Vic Mensa has successfully paved an identity for himself in the realm of hip hop over the past two years. A Grammy-nominated artist for one thing, he’s released a charting extended play, There’s A lot Going On, as well as two charting singles, Down on My Luck, and U Mad.

As mentioned earlier, the 24-year-old has also had the opportunity to work with several well known stars including Gucci Mane, Chance the Rapper, Kanye West, and Young Chop.

In 2015, his single Down on My Luck was also nominated for an mtvU Woodie Award.

How Much Did Vic Mensa Make Last Year?

Details on Vic Mensa’s 2016 income is unavailable at this time.

So far this year, Mensa has guest appeared in a few songs including Erik Hassle’s Talk About It, Kami’s Right Now and the collaboration song, Just Like the Movies.

Of course, there’s also his debut studio album, The Autobiography which was released in July 2017 (also preceded by the single, Wings (Feat. Pharrel Williams and Saul Williams)).

As for public events, he recently held a performance in California earlier this spring. For more information on what’s going on with the rapper, be sure to check out his official website at vicmensa.com.