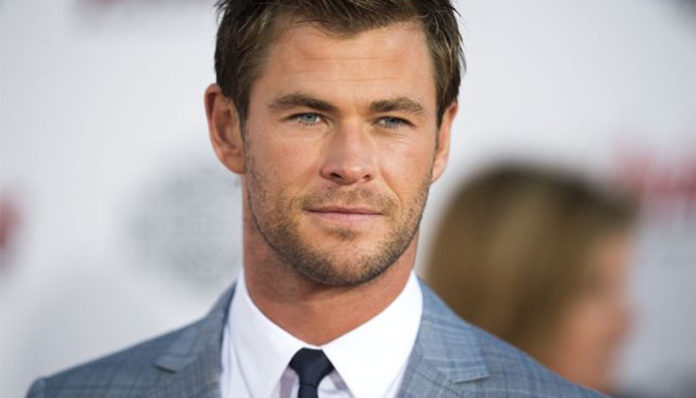 An award-winning actor, Chris Hemsworth first rose to fame for playing Kim Hyde in the soap opera, Home and Away (2004). Unlike others who got involved with acting at an early age, it wasn’t until after he’d graduated from high school that he began taking on roles on television. In 2002, the then nineteen year old made his official debut in the television series, Guinevere Jones as King Arthur. More work soon followed including a couple of small roles in Neighbours (2002), and Marshall Law (2002).

In 2004, the actor received a breakthrough after being cast as a main lead in the long running Australian soap opera, Home and Away. Portraying the part of Kim Hyde, Hemsworth quickly made himself known among audience members. Responsible for kick starting his career, he ultimately remained on the show for three years. Since then, he has starred in several other noteworthy titles including Star Trek (2009), and Thor (2011).

As of 2017, Hemsworth has played over 30 different roles on television and film. Not only that, but he’s earned several industry awards over the years. How well off is he now? According to sources, the 33-year-old star currently has an estimated net worth of $60 million. Where did he earn most of this fortune from? Let’s find out.

How did Chris Hemsworth Make His Money & Wealth? 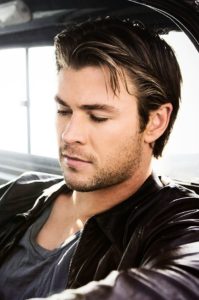 Born on August 11, 1983 in Victoria, Australia, Chris Hemsworth is the second oldest out of three siblings; he has two brothers, Liam and Luke, both of whom are also actors. Raised in both Melbourne and the Australian Outback in the Northern Territory, he’s stated that “[his] earliest memories were on the cattle stations [in the vast interior]”. As a teen, he attended Heathmont Secondary College in Victoria, before returning to the Northern Territory once again.

A few years later, the family relocated once again, this time to Philip Island in Southeastern Melbourne. Despite having always been in love with acting, it wasn’t until after he had graduated that he decided to pursue a career in the entertainment industry. At the age of nineteen, Hemsworth made his first television appearance in the family drama, Guinevere Jones (2002). Two small roles soon followed later that year in the shows, Neighbours (2002), and Marshall Law (2002).

After another minor role in The Saddle Club (2003), the actor landed a big break with the Australian soap opera, Home and Away (2004). A long running series by Alan Bateman, it had been airing on television since 1988. One of the most popular shows in the country, it followed the lives of those living in a fictional seaside town called Summer Bay. Cast as a teen named Kim Hyde, Hemsworth made his debut on February 17, 2004- well into the show’s run.

His first major role on television, Home and Away effectively launched the actor’s career. For his portrayal of the teen lifeguard, Hemsworth received much praise, including a Logie Award for Most Popular New Male Talent, among a few other nominations. In total, he remained on the soap for three years, from 2004 to 2007, during which he appeared in 189 episodes; he made his last appearance on the show in July 3, 2007.

To this day, it easily remains to be the greatest highlight of his television career. In fact, it’s the only lead role that he’s ever played on TV as he’s since turned his focus onto film. As far as other television appearances go, he’s also been featured as a guest on The Tonight Show Starring Jimmy Fallon, Celebrity Style Story, The Insider, The Tonight Show with Jay Leno, Big Morning Buzz Life, and In the Qube 3D, among others.

A couple of years after his time on Home and Away, Hemsworth made his movie debut in the popular sci-fi title, Star Trek (2009). A reboot of the original series, it proved to be a huge box office hit with a worldwide gross of $385.7 million. Though Hemsworth wasn’t a member of the main cast (which consisted of John Cho, Bruce Greenwood, Simon Pegg, Ben Cross, Chris Pine), he landed a role as George Kirk, the father of James Tiberius Kirk who dies aboard the USS Kelvin.

Then in 2010, Hemsworth scored his first lead part on the big screen in the independent thriller, Ca$h. Directed by Stephen Milburn Anderson, he starred alongside Sean Bean, who played dual roles in the film. Unfortunately, it did not fare too well in theatres, having only grossed $46,000 from an estimated budget of $7 million.

Finally his big break came in 2011 when he was cast as a title character in the superhero film, Thor. Based on the Marvel comics, it starred Hemsworth as Thor, the crown prince of Asgard; much to his dismay however, he finds himself banished to earth after reigniting a dormant war. Aside from him, the star studded cast also included Stellan Skarsgard, Colm Feore, Natalie Portman, and Tom Hiddleston.

Released nationwide on May 6, 2011, Thor earned a total of $65.7 million during the first weekend after grossing $25.5 on the opening day. One of the highest-earning films of 2011, it earned itself many high praises from critics such as those writing for The Hollywood Reporter, Chicago Sun-Times and Variety Magazine. By the end of its theatrical run, the motion picture had grossed a worldwide total of $449.3 million. Lauded for his portrayal of the Thunder God, his portrayal yielded him a Teen Choice Award nomination as well as a People’s Choice Award nomination.

How much did Hemsworth receive for playing the title role? According to sources, the actor was paid upwards of $200,000 for the part.

The following year, he starred in a few movies one of which included the film, The Avengers (2012). Directed by Joss Whedon, it follows a group of superheroes who assemble to prevent Loki- Thor’s Brother, from dominating the Earth. Premiered in April and later released on May 4, 2012, the production was met with critical acclaim by critics, many of whom applauded its special effects. Besides Hemsworth who reprised his role as Thor, it also starred Robert Downey Jr., Mark Ruffalo, Chris Evans, and Scarlett Johansson, among others.

A major commercial success, The Avengers took in over $207 million in the United States alone during the opening weekend. Against a budget of $220 million, it ended up grossing more than $623 million across the globe by the time it closed in theatres. Eventually nominated for an Oscar, it earned the actor another handful of awards including a Teen Choice Award for Male Movie Star and a People’s Choice Award for Favourite Action Movie Star.

According to sources, the main stars Mark Ruffalo, Chris Evans, Jeremy Renner and Hemsworth made a combined amount of $3 million.

That same year, he took home another People’s Choice Award for his starring role in the fantasy film, Snow White and the Huntsman (2012). Based on the classic German fairy tale, it starred Kristen Stewart as Snow White and Charlize Theron as her evil stepmother, Queen Ravenna. Number one at the box office, it grossed $5.2 million during its opening weekend; by the end of its theatrical run, more than $396 million was earned worldwide.

Later reprising his role as Thor for a third time, Hemsworth starred in Thor: The Dark World in 2013. The direct sequel to the 2011 film, it saw the return of most of the original cast including Tom Hiddleston, Natalie Portman, and Anthony Hopkins. Out in theatres on November 8, 2013, it made over $7.1 million during the midnight showing, more than double that of what its predecessor managed to make. At the top of the box office for two weekends, it ended up taking in a total of $644.6 million.

Since then, Hemsworth has starred in several other high-profile films including Avengers: Age of Ultron (2015), Blackhat (2015), and The Huntsman: Winter’s War (2016).

Reiterating what’s been said earlier, the 33-year-old Hollywood star currently has an estimated net worth of $60 million.

Yes, he has been married to Elsa Pataky, a Spanish actress, since 2010; after a few months of dating, they tied the knot in December 2010.

Previous to this, Hemsworth had dated Australian actress Isabel Lucas for a few years.

Does Chris Hemsworth Have Any Children?

Did Chris Hemsworth Go to College?

No, he did not attend college. After graduating from Heathmonth Secondary College in Victoria, he went straight for a career in acting and hasn’t looked back. 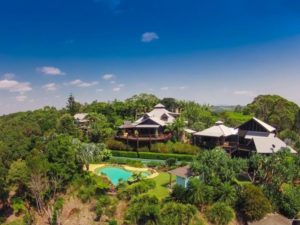 After living in Los Angeles for a while, he and his family relocated to his native Australia in 2015, as he no longer needs to be in the US for work.

The last that we’ve heard, they were living in a retreat-style property near Byron Bay which they’d bought for $7 million in late 2014. A luxurious abode, it comes with a lagoon style pool, yoga space, as well as expansive views of a secluded beach. The property consists of six separate buildings, including a main house and several villas.

What Kind of Car Does Chris Hemsworth Drive?

Hemsworth has been spotted driving an Acura valued at approximately $45,000.

As of 2017, his films have grossed a combined total over $2 billion worldwide.

How Much Did Chris Hemsworth Make Last Year?

Unfortunately, we do not have information on Chris Hemsworth’s 2016 income at this time.

Over the years, the actor has worked with several charitable organizations including the Robert F Kennedy Memorial, Motion Picture and Television Fund Foundation, Hollywood Charity Horse Show and the J/P Haitian Relief Organization.

Last year, he also offered fans a chance to join him on the red carpet at the premiere of The Huntsman: Winter’s War by donating to his childhood charity campaign for the Australian Childhood Foundation.

There’s some good news for fans- Hemsworth will be returning to the big screen in several upcoming films including Thor: Ragnarok (2017), Horse Soldiers (2018), and Avengers: Infinity War (2018).

Rumour has it that he’ll also be reprising his role as Thor in an untitled Avengers film sometime in 2019.