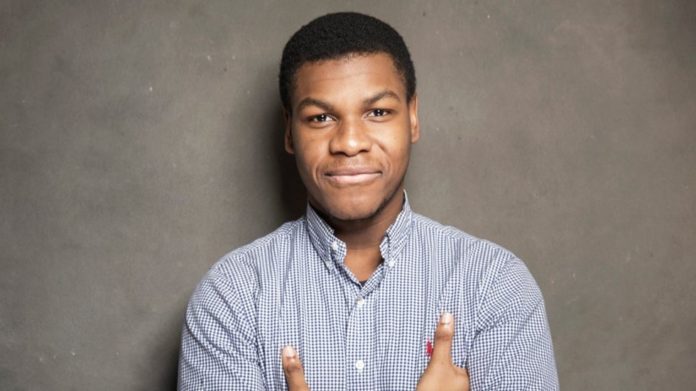 It’s not every day that an actor gets the chance to join and contribute to a global phenomenon that brings joy to millions of people but that day came for actor John Boyega. From simple roots in London, acting on stage in primary school, to a new star in the cinematic universe of Star Wars, his rise has been quick and well-deserved. With the world on the edge of its seat over the continuing fate of Finn the rogue Stormtrooper, let’s take a peek under that mask at the real John Boyega and the story of his incredible path to stardom and fandom alike.

How Did John Boyega Make His Money & Wealth? 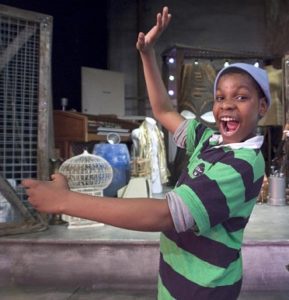 Born John Adedayo B. Adegboyega on March 17, 1992 in Peckham district of south London to a Pentecostal preacher, Samson, and his wife Abagail. His neighbourhood had a rough reputation and his close friend Damilola Taylor was attacked and murdered while walking home in 2000 (Danny and Ricky Preddie were convicted of the murder in 2006). Young John had a flair for the dramatic and at age nine while acting in a play at Oliver Goldsmith Primary School, he was noticed and offered a scholarship to join the theatre, where he studied and performed until age 14, when he attended Westminster City School. John earned a National Diploma in the Performing Arts from South Thames College (Wandsworth) in 2010 and then attended the University of Greenwich in pursuit of a bachelors in Film Studies & Media Writing but his career began to take off and he was forced to later drop out.

While acting in local theatre, John took a role in the 2011 film Attack the Block (alongside future Doctor Who, Jodie Whittaker), which saw moderate box office success and was hailed with critical acclaim. 2011 would be a busy year, as he was cast in the TV pilot for Da Brick (though HBO ultimately did not pick up the series) and in the film Junkhearts which won the Golden St. George at the 34th Moscow International Film Festival. In 2012 he starred in a film adaptation of the Chimamanda Ngozi Adichie novel Half of a Yellow Sun set during the Nigerian Civil War, a project close to his heart, as John is of Nigerian descent. Life was about to change however, as in April 2014, the news dropped that John was cast in the upcoming Star Wars: The Force Awakens, the first Star Wars feature film under Disney IP ownership/management and received rave reviews from critics and the adoration of millions of Star Wars fans. Now enshrined as a permanent part of the franchise’s canon, ex-Stormtrooper Finn will also appear in the upcoming Star Wars: The Last Jedi, and hints have been dropped that his role in the fate of a galaxy still reeling from the Empire’s defeat will be a major one.

Some actors just aren’t content to be in front of the camera and often find themselves equally talented behind it. In 2016, John took the plunge and made his own company, which will be partnering with Legendary Entertainment to co-produce a long-awaited sequel to the monster/mech treat Pacific Rim (2013), Pacific Rim: Uprising with John in the lead role. From fighting aliens in a council estate to a galaxy far, far away to giant battling robots right here on Earth, John Boyega has done it all. 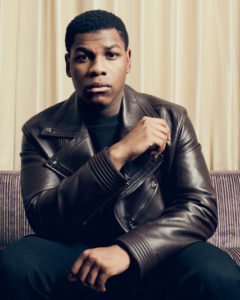 Don’t worry, ladies, because John is still single! Still in his mid-twenties with plenty of time to wade into the dating pool, he recently told Graham Norton that his fame-making role in the Star Wars franchise ruined a date. John took Orlando Bloom’s dating advice to try and “secure the love of your life before [fame] happens” and was out on a blind date that had, up until then, been going quite well. While driving, the lucky lady asked what he did for a living and John pointed to a near-by billboard advertising Star Wars: The Force Awakens which showed him wielding a lightsaber. Sadly, the Force wasn’t with him and his date wasn’t that into it but John remains hopeful of finding that special someone eventually. If that’s you, you may want to get in touch with him before it’s too late!

Did John go to college?

John attended South Thames College and earned a National Diploma (a further education qualification used in the United Kingdom) in the Performing Arts. He enrolled at the University of Greenwich to study for a bachelors in Film Studies & Media Writing and even though he would later have to drop out as the demands of his filming schedules for various projects weren’t compatible with university life, the university still refers to him with pride as a former student.

Has John won any awards? 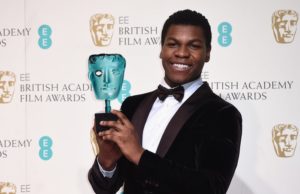 John won a Black Reel Award for Best Actor in 2011 (Attack the Block) and both a British Academy of Film and Television Arts (BAFTA) Award and an Empire Award for his portrayal of Finn the First Order Stormtrooper in Star Wars: The Force Awakens. In addition, he was chosen by Film International as one of the “UK Stars of Tomorrow 2011” and appeared on the magazine’s cover, a title that he’s certainly made come true over the past 6 years.

What does John think about his place in the Star Wars universe? 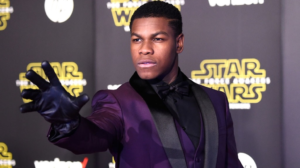 While there was initially a social media backlash on release of the teaser trailer and a racist response to casting an actor of African descent, John stood firm and nonplussed, using his own social media platforms to tell them to “get used to it”. When asked by the New York Times, he further elaborated that he was “confident, Nigerian, and black.” He’s not ashamed of his heritage and has the support of his family in his chosen profession, even though his father had originally wanted John to follow in his footsteps and become a preacher. Thrilled to be a part of the Star Wars universe, he’s even reportedly ok with fans ‘shipping’ (imagining a relationship between characters that doesn’t exist in the source material) Finn and rebel pilot BFF Poe Dameron in fanfiction and fanart. John’s time in Star Wars has also coincided with the late Carrie Fisher and as he recently told ABCNews, it was an honour to work with her and “this movie, it sends her off in an amazing, amazing way”.

Everything seems to be coming up John Boyega these days. He had a role in the psychological thriller The Circle (2017) alongside Emma Watson, Tom Hanks, and Karen Gillan and is starring in Detroit (2017), a period drama set during the Detroit Riots in 1967. Though early box office numbers are still coming in, there are whispers that a walk down the Academy red carpet may well be in John’s future. As with any modern celeb, John keeps up with his fans on social media with nearly 1.2 million Twitter followers and 1.2 million Instagram followers, so that’s a lot of fan feedback! There’s no denying that despite your personal feelings on him or on Star Wars, John Boyega is a Peckham boy who took what life gave him and made good, shooting for and landing in the stars.