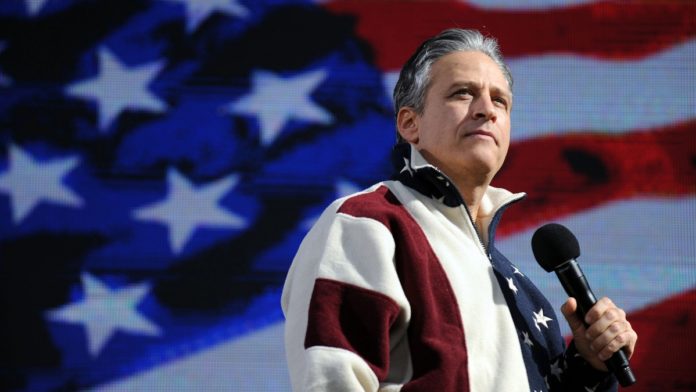 Only in America could a comedian become the not only a valued news source but the only news that a lot of the country could actually trust. From a start in stand-up to TV spots and his own show to helming one of the most well-known and respected satire news broadcasts, to publishing, and now production, directing, and media administration, Jon Stewart is a man tirelessly dedicated to entertainment. But just how exactly does one become a household name and how much, roughly, would someone who was be worth? Let’s take a look at his remarkable career.

How Did Jon Stewart Make His Money & Wealth? 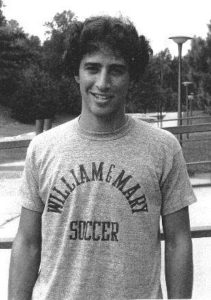 Born Jonathan Stewart Leibowitz on November 28, 1962 in New York City to a teacher mother and university professor father, he was one of four boys and his wasn’t the easiest of childhoods. His parents divorced when Jon was only 11 and due to a strained relationship with his father, he began dropping his surname and going by his middle name, Stuart (he would legally change his name in 2001). Though later critics would say Jon did it to hide his Jewish heritage, he’s stated many times he’s proud of his family’s religion and ethnic identity, though he and his brothers were the targets of anti-Semitic bullying in school. After graduating from Lawrenceville High School (New Jersey), he attended the College of William & Mary (Virginia), graduating in 1984 with a bachelors degree in psychology. Jon spent the next two years working odd jobs but never finding a place where he could feed his personal creativity and find fulfilment, ultimately moving back to New York City and trying his hand at stand-up comedy in 1986.

Jon’s first gig was at The Bitter End in Greenwich Village, something he has in common with the great comedian Woody Allen, and from there he performed regularly at the Comedy Cellar before transitioning to TV writing in 1989. This and his sustained stand-up success led to hosting gigs (Short Attention Span Theatre, Comedy Central and You Wrote It, You Watch It, MTV), and an appearance on Late Night With David Letterman in 1993. It was to be a pivotal year for Jon, as he was given his own show on MTV, The Jon Stewart Show, which ran from 1993-1995, and spent time on various shows before taking over for Craig Kilborn as the host of The Daily Show in 1999. Jon saw the show as a satirical send-up of personality-based talk shows and strove for a blend of news, humour, politics, and mocking the media machine itself. Over the next 16 years, he would elevate the show from simple satire to an actual news outlet that became the sole source many people felt they could trust in a time when the nation was undergoing a dramatic populist swing to the right. Notable moments include his honest feelings in the aftermath of the September 11, 2001 terrorist attacks, coverage of several presidential elections, and countless interviews with major and minor politicians. He also was a significant force behind The Colbert Report, acting as a writer and producer.

In 2015, Jon Stewart left The Daily Show, succeeded by Trevor Noah, and signed a 4 year production deal with HBO (though an animated series was cancelled in mid-2017). His career has been so much more than his TV work, including authoring 3 books that hit the New York Times Bestseller List, film and voice acting, public speaking and hosting (platforms as diverse as the 80th Academy Awards in 2008 to the WWE Summer Slam in 2015), and directing (Rosewater, 2014). One of the highest paid TV personalities of the aughts, there’s no question that Jon Stewart has earned his place in television history and the consciousness of a nation. 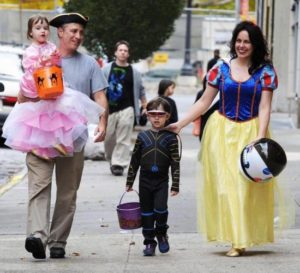 Jon Stewart is married. He met Tracey Lynn McShane in 1997 after being set up on a blind date and they dated until marrying in 2000, and they both legally changed their surname to Stewart in 2001. A relationship is always prey to the stresses of contemporary celebrity but Jon and Tracey live a private, low-key life. Blessed with two children (Nathan Thomas in 2004 and Maggie Rose in 2008) they eschew the social-media based exposure of the younger generation and prefer to live as if fame had never graced them. One thing you can say for Jon, however, is that he’s a romantic with a heart as quirky as his comedy, as he convinced New York Times editor and puzzle genius Will Shortz to design a custom crossword proposal for Tracey.

Did Jon go to college?

Jon attended the College of William & Mary in Williamsburg, Virginia. Though he initially started as a chemistry major, he switched to psychology but described himself as a very casual student, cramming at the last minute. He was also a member of the soccer team and was remembered fondly by the coaching staff. In 1984, Jon graduated from William & Mary with a bachelors degree in psychology, however, he was awarded an honorary doctorate when he returned in 2004 to deliver the keynote graduation speech.

Has Jon won any awards?

What causes does Jon feel passionate about?

Jon is an ethical vegetarian (his wife Tracey is a long-time vegan) and they own Bufflehead Farm in New Jersey, an abused animal sanctuary, with plans as of 2017 to open a 45-acre sanctuary in Colts Neck, New Jersey to house animals saved from slaughterhouses. He’s passionate about the treatment of 9/11 veterans and first responders in the aftermath of the terrorist attacks, advocating for a bill to address their unique healthcare needs (the bill would later pass in the Senate) and has been a vocal critic of government attempts to lessen/end veterans healthcare benefits.

Who does Jon consider his comedy role-models and influences? 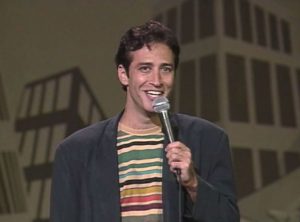 Jon Stewart made his stand-up debut at The Bitter End, the same comedy club as Woody Allen and that’s no coincidence, as Allen is a significant role-model for him. The comedy mega-star has big shoes to fill, as he’s previously stated his style was influenced by such legends as the ‘saints of irreverence’ George Carlin and Lenny Bruce, comedy bad-boy Richard Pryor, the ‘jerk’ Steve Martin, and the undisputed king of late-night comedy, David Letterman (who was Jon’s last guest on the last episode of The Jon Stewart Show). Not only the influenced, he is also an influencer, with several political satire comedians claiming Jon had a significant impact on their styles, including his friend Steven Colbert, his successor Trevor Noah, Brit John Oliver (who has hosted The Daily Show during Jon’s scheduled absences), and newcomer Samantha Bee.

Jon Stewart has become virtually an American institution unto himself. This boy from NYC found a niche career that capitalised on his talents and views and revolutionised many aspects of how the public views the nightly news. Multi-talented and adept at multi-tasking his projects, he has a lot in the works since leaving The Daily Show, including a recently announced return to his stand-up comedy roots with a new special set to debut on HBO in the near future. Details are still sparse but it will be the first special Jon has done with HBO since 1996, so fans are eagerly awaiting additional information, which HBO have said are forthcoming. With contemporary times uncertain and the way we think about ‘news’ changing, Jon Stewart couldn’t have picked a better time to return and lighten the mood a little.