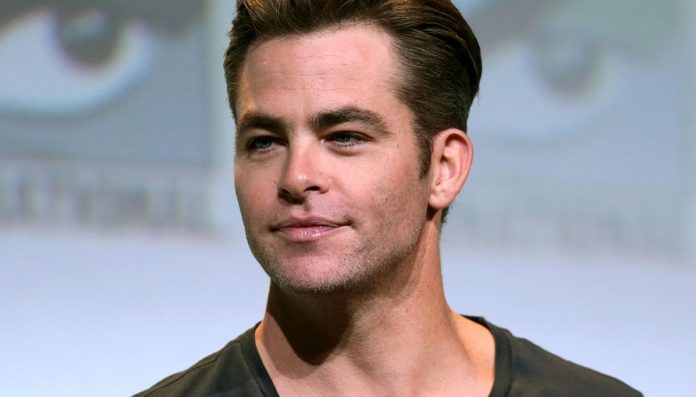 Love the fact I have am writing about actors rather than musicians for the next few weeks. It is much easier to find out net worth information on thee folks, and considering that taking a day off is near impossible for me, this is essentially a vacation. Chris Pine is best known these days for his role as James T. Kirk in the Star Trek soft reboot. The film received critical acclaim, and was a commercial success to boot, but it is far from his first role. He had been jobbing for years by that point, but being born to working actors likely gave the young Pine a leg up on the competition, not to mention the much needed safety net a young actor needs.

How Did Chris Pine Make His Money & Wealth? 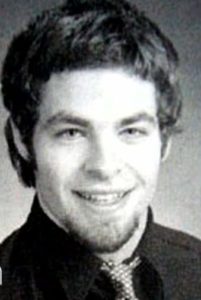 Chris Pine was born in Los Angeles, to actors Robert Pine and Gwynne Gilford. His father is best remembered for his role on the hit show ChiPS. His mother quit acting and studied to become a psychotherapist. His maternal grandmother was one of the first scream queens, Anne Gwynne, famous in the 40s for her appearance in numerous horror flicks. Bit of a dynasty lad here, it seemed like a natural extension for Chris to move into acting. He studied English in college, before moving to San Francisco’s American Conservatory Theater.

Pine’;s early career is much like any other actor’s, a series of bit parts in many television shows. His first on screen appearance was in an episode of ER, followed by appearance in The Guardian and CSI. Roles in the films Princess Diaries 2 and Smokin’ Aces earned him the credibility he needed, and in 2009 he was cast in the soft reboot of Star Trek. It is through his performance as Kirk that he gained most of his fame, not to mention a hefty pay packet. Throughout all of this he continued to perform on stage, and still does to this day.

His career really picked up after his portrayal of Kirk. The 2009 film Unstoppable, opposite Denzel Washington might not have been a huge success, but the film was well received and made a profit at the box office. He would go on to appear in television roles in and around the mid 2010s, including cult hits like Wet hot American Summer: The First Day of Camp and Supermansion, with Bryan Cranston. His most recent film of note is last years Wonder Woman, a critical and commercial success that the DCEU desperately needed.

Actors make their money from being paid to play, and when Chris is starring in high profile films like Star Trek the pay is no doubt astronomical. He keeps his hand in with a number of lower paying paying projects per year, and when we consider the impact his parent’s have, it makes sense that we are looking at $20 million, give or take. His most profitable performance was in the Trek flicks, with Chris being paid $2 million for the second film, and $4 million for the third. The figure made for the first film is not available. He also receives 5% of the net profits made in merchandising sales. He was paid $3 million for the film Unstoppable. He has gained a multi picture deal with Paramount for the Jack Ryan franchise, with him being paid $4 million for Shadow Recruit, and him set to make another $16 million if the trilogy gets made, plus back end.

Once we add in revenue generated from other sources, such as social media, we get a clearer picture of Chris Pine’s overall net worth. That $20 million is the most conservative estimate I could find, and we need to bear in mind that a lot of the money I mentioned is futures, if and when certain films get made.

Chris Pine is not married. He has been romantically linked to a number of people over the years, including Lindsay Lohan. He has most recently been linked with Sofia Boutella, most known for her role in Kingsman. The pair met on the set of Star Trek Beyond.

Does Chris Pine have any children?

No, Chris Pine does not have any children.

Where is Chris Pine from?

He was. Chris Pine was arrested for drunk driving while in New Zealand filming Z for Zachariah. He was at a bar, drank four vodkas and failed a breathalyzer test. He was fined a little under $100 New Zealand dollars, with the judge noting that this was an out of character moment for the actor. He has no record of any other criminal behavior.

Did Chris Pine and Zachary Quinto Know Each other Before Filming?

Weird fact about these two. They worked out at the same gym before being cast as Kirk and Spock. By gym I of course mean mutual friend’s kitchen. Seriously, they shared a trainer who worked out with them in his kitchen. Small world.

Who is Chris Pine’s Father?

Chris Pine’s father is actor Robert Pine, best known as Sgt. Joseph Getraer on the NBC series CHiPS. He acted in a wide variety of television shows from 1966 onward. He even appeared in an episode of the criminally under rated Star Trek: Enterprise. Granted, it was a season 1 episode, but still, a nice connection there.

What Films is Chris Pine Appearing in Soon?

Next year he will be appearing in One day She’ll darken, a TV mini series, and A Wrinkle in Time, a film adaptation of the book of the same name. Chris Pine will be appearing in another Star Trek film, though the title is as yet unannounced. He has also been cast in Outlaw King, as Robert the Bruce, and All the Old Knives, a thriller film. All in all plenty to look forward to for fans of Chris Pine.