Henry Cavill Net Worth 2018 – How Rich is Superman 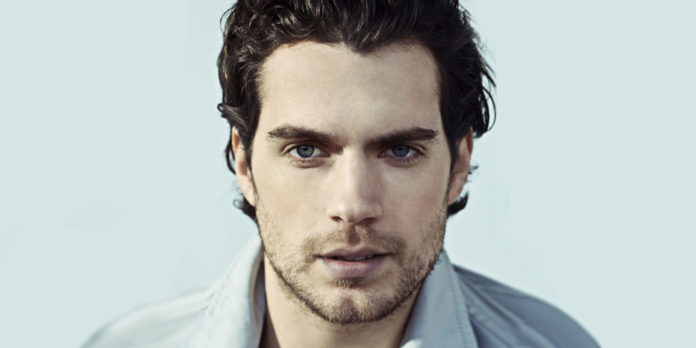 Henry Cavill is a British actor best known for his role in Man of Steel playing Superman, and a look through his career reveals a fair few interesting near misses for the wealthy actor. Actors make their money primarily as a result of being paid to play, but Cavill is a big enough draw in his own right to make heavy use of % gross arrangements, thus it seems to me that the majority of his earnings have co0me as a result of negotiating good deals before filming both Man of Steel and the widely successful  Batman Vs Superman. Neither film is considered a critical darling, but seen as both characters have legions of fans, they were of course going to make a hell of a lot of money. Smart move from Cavil to get a percentage of the gross there. That is not the only strut to Henry Cavill’s wealth though, as there are endorsement deals to consider, other acting roles, especially when we consider his now sky high profile, and other business ventures.

So let’s take a stroll thorough Henry Cavill’s life, see how he got to where he is today, and how he makes his money.

How Did Henry Cavill Make His Money & Wealth?

Henry Cavill was born on May 5th 1983, on the island of Jersey. That’s the British Crown Dependency Jersey, not the state. It is in the Channel Islands, and all people born there are British Citizens. It’s one of the last real vestiges of the old British Empire, and a popular tourist destination as well. His mother worked in a bank and his father was a stock broker. He studied first on the bailiwick, before moving to the Stowe School in Buckinghamshire, a private institution where donations from parents are common palm grease. Far from the hard knock life.

Fresh out of school Cavill landed his first film role at 18, in the 2001 film Laguna. He followed this up with an important, if minor, role in The Count of Monte Cristo. His career started rolling at this point, and he continued to appear in a number of BBC programs, making a name for himself in the UK. By the mid 2000s he had broken into US media, with a few high profile appearances in US films, and a starring role in HBO’s The Tudors. This period of Cavill’s career is littered by near misses, he was considered for the roll of James Bond, for the film Casino Royale, He was supposed to play Superman in 2004, for McG’s Superman film, but when Bryan Singer was brought on to direct he hired Brandon Routh. A fan petition wanted him to play Cedric Diggory in Harry Potter and the Goblet of Fire, a role that went to Robert Pattinson. In another connection to Pattinson Stephanie Meyer is on record saying that Henry Cavill was the perfect person to play Edward Cullen, but he was too old by the time the Twilight flicks were actually getting made.

The early 2010s brought Cavill new fame, with him finally getting to play Superman. He was cast in 2001 for Zack Snyder’s Man of Steel, and while the film was not well received critically, it was a huge success. With tremendous foresight Cavill negotiated a cut of the gross, reportedly receiving $14 million for his performance. He has since appeared in a number of box office successes, including the sequel of Man of Steel, and a film version of the old 60’s show The Man from U.N.C.L.E.

That $20 million estimate seems a bit on the low side to me. I may not have access to proprietary algorithms for figuring out someone’s net worth, but a look at the data available online leads to me that number. When I cross reference that with the money made for Man of Steel, and the estimates out there for the Batman Vs Superman fee I feel like we are looking at an actor worth a fair bit more than $20 million. Of course, there is always the fact that the 14 million made for Man of Steel is an exaggeration, there are many outlets right now arguing that that is indeed the case, but the cut of the gross fact seems to be held by many who have access to that kind of information.

Other revenue sources for the star include his endorsement deals with fragrances, he was the spokesperson for the Dunhill brand, and of course the ever important social media. Cavill has an Instagram with 3.5 million followers a sizable demographic, and one that I am sure someone is leveraging. He also has a Facebook page, but as of right now I have little information on how official Facebook page generate income for the page owner, liekly ad revenue sharing, but again, no confirmation.

Henry Cavill is not married. he was engaged in 2011 to equestrian Ellen Whitaker, but that did not last too long. He was in a relationship with a student, named Tara King, for nearly a year, but they broke up in May of 2016. Since then he has been dating Lucy Cork, a stunt woman, whom he met while working on the most recent Mission Impossible flick.

Does Henry Cavill have any children?

Henry Cavill does not have any children.

Where is Henry Cavill from?

Henry Cavill was born on the Isle of Jersey, one of the Channel islands, and a British Crown Dependency.

Is Henry Cavill a gamer?


Very much so, yes. in fact Henry Cavill almost missed a call from director Zack Snyder due to running a raid in World of Warcraft. He did eventually get a hold of him to accept the part of Superman. Interesting tidbit, both of our recent Superman actors, Brandon Routh and Henry Cavill, are World of Warcraft fans. Due to that fact I constantly gotone confused with the other.