Daniel Howell Net Worth 2018 – How Much He Makes Vlogging 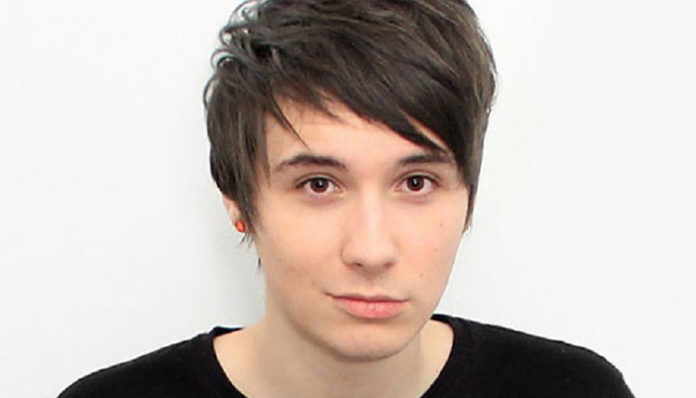 A rising star, Daniel Howell originally rose to fame for his vlogs on Youtube. Hailing from England, he worked at several retail stores before rising to fame online in the early 2010’s. Since the launch of his Youtube channel in 2009, he has amassed over 6.4 million subscribers.

Aside from his successful Youtube career, the 26-year-old also has his own entertainment show on BBC Radio 1, which he co-hosts with his best friend, Phil Lester. Incredibly popular, it draws in thousands of listeners every week. Like many other social media celebs, Howell has also made a few guest appearances on television and film over the past two years.

As of 2017, Howell has over 20 million fans (and counting) across the globe. As if that wasn’t impressive enough, it was announced last year that he’d be getting his own Youtube Originals Film, The Amazing Tour is Not on Fire sometime in the near future. Currently it is estimated that Daniel Howell has a net worth of $2.5 million.

How does Howell make his money? What are his different sources of income? How much does he make from Youtube? Let’s take a look at the answer to these questions.

How did Daniel Howell Make His Money & Wealth? 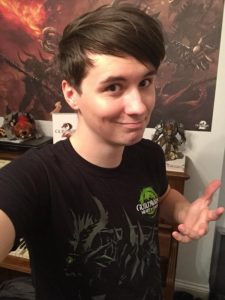 Born on June 11, 1991 in Berkshire, England, Daniel Howell was raised in the historic town of Wokingham with his younger brother. As a teen, he went to The Forest School, a local secondary institute; ultimately, it was during his senior year that he first got involved with making videos. Inspired by Youtuber TomSka, the teen eventually decided to make a channel of his own in October 2009.

Prior to his rise to fame, Howell was an employee at a retail store called Focus DIY, after which he worked at a local supermarket. While working part time in his mid teens, he uploaded his first Youtube video titled, Hello Internet! to his channel. Though it didn’t garner too much attention, he was ultimately encouraged by a few friends- including fellow partner Phil Lester to keep adding to his account.

Taking their advice, he continued to upload new content onto his Youtube channel over the next few weeks. Some of the videos that he subsequently posted include Butterfingers, Procrastination, How to Befriend Your Favourite Internet Stars, and How to Use a Gimp. With his constant updates, it didn’t take long for his subscriber count to climb well into the thousands.

Then in 2012, his popularity peaked after he won a Youtube competition called Supernote, hosted by comedy duo Rhett and Link. Shortly afterwards, Howell was also featured on Benjamin Cook’s weekly series, Becoming Youtube.

As of August 2017, the 26-year-old has amassed more than 6.4 million subscribers on his channel, with over 680 million lifetime views. To date, his most popular video, The Photo Booth Challenge has been viewed over 15 million times. Some of his other top uploads include How to Speak INTERNET, Dan and Phil react to Teens React to Dan and Phil, Dan and Phil vs. Tumblr, and Dan and Tyler Being Offensive.

How much has he made from his main channel so far? As a Youtube partner, Howell would earn a few dollars per 1,000 monetized views simply by displaying ads on his videos. Assuming that he makes at least $2 per 1,000 views and that 40% of his total views are monetized, he would have already earned over $500,000 from ad revenue.

Like most Youtube stars, that isn’t his only account on the site- in 2010, he launched his secondary channel, danisnotinteresting. Consisting mostly of vlog bloopers and “other miscellaneous crap”, it is slowly approaching the 2 million subscriber mark. So far, the videos of said account have garnered a total of 57 million views. Assuming that the above about ad revenue is true, Howell would have made at least another $40,000 from this channel.

Most recently, Howell and Lester have also launched a gaming channel at DanAndPhilGAMES. Relatively popular, their gameplay videos have received over 390 million views in the past three years. Some of the titles that they’ve played so far include Mario Kart 8, Sims 4, Club Penguin, The Mark of Oxin, and My Horse Prince.

In addition to what he has going for him on Youtube, Howell has also appeared in a few films and TV series over the past three years. In 2014, he made a brief cameo as a male technician in Disney’s Big Hero 6. From there, he eventually lent his voice to Oscar’s Hotel for Fantastical Creatures (2015), and Smosh Babies (2015). In 2016, he also voiced Majinuni in the cartoon, The Lion Guard.

Radio is another big thing for Howell. For a period in 2013, he co-hosted The Dan and Phil show on BBC Radio 1. A Sunday entertainment show, it featured various interactive segments including on-air challenges and song requests. A year later, they switched to take part in a different show, The Internet Takeover, which featured other popular bloggers. After a two year run, it ended in April 2016.

As far as other projects go, the pair eventually released a book called The Amazing Book is Not on Fire in October 2015. Published by Random House Children’s Books and Ebury Press, it qiuickly topped the Bestsellers list in the UK within the first week of release. In support of the book, Howell and Lester eventually went on tour in April 2016.

Last June, it was announced that they’d also be starring in a Youtube Original Film titled, The Amazing Tour is Not on Fire.

Currently it is estimated that Daniel Howell has a net worth of $2.5 million. Aside from his Youtube channels, which is obviously a big money maker for the star, he also pulls in a decent amount of income from his radio shows, books, and tours.

From what we can tell, Daniel Howell is currently single. As far as previous relationships go, he has made mentions of an ex-girlfriend in the past.

Does Daniel Howell Have Any Children?

No, Daniel Howell does not have any children that we know of.

Did Daniel Howell Go to College?

Yes, he went to college at one point. After graduating from The Forest School, he attended the University of Manchester with intentions of studying law. Before completing his degree however, he dropped out to pursue a full-time career on Youtube.

Daniel Howell currently lives in London, England with his best friend Phil Lester; the two have been roommates since the summer of 2011. We do not have any pictures of their house at this time.

What Kind of Car Does Daniel Howell Drive?

Information on Daniel Howell’s vehicle is unavailable at this time.

This May, the Youtuber dropped his former moniker, danisnotonfire– a name which he’s shown much contempt for over the past few years. Regarding the name change, he stated that over the years he’s found that “being known by [the] online name has some issues”.

How Much Did Daniel Howell Earn Last Year?

Details on Daniel Howell’s 2016 income is unavailable at this time.

A recognized web star, Howell has received many recognitions and awards including two British Online Creator Award for Collaboration of the Year and Film of the Year, a Movie Internet Video Person of the Year Award, and a Sony Golden Headphones Award.