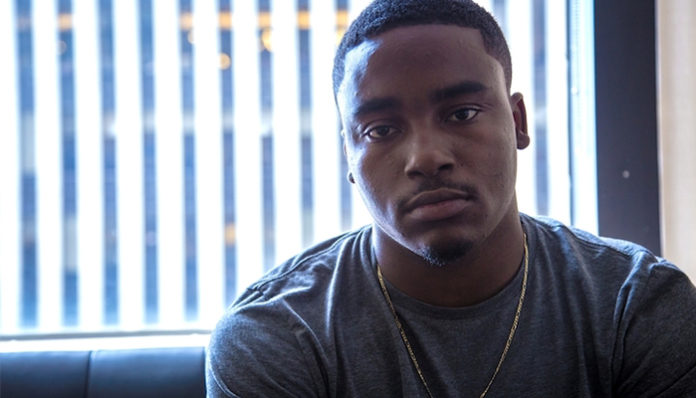 A songwriter and producer, Joey Fatts broke into the hip hop realm with his Chipper Jones mixtape series in the early 2010’s. From Long Beach, California, his original aspiration was to one day play football professionally; it wasn’t until he got arrested for robbery in his late teens that he gave up on that dream to pursue rapping instead.

As one thing led to another, he eventually met and befriended A$ton who happened to share the same interests. From there, they moved in together and began creating beats in the garage. As it happened, one of the songs that Joey created soon reached the ears of ASAP Yams, the founder of the hip hop collective, ASAP Mob.

After signing to 36 Brick House, Joey dropped his debut mixtape, Chipper Jones in 2012. Since then, he has released three additional tapes as well as a handful of singles, many of which are collaborations with other artists. As of 2017, the rising star has over 100K fans (and counting) on social media.

How wealthy is the 25-year-old rapper now? According to sources, Joey Fatts currently has an estimated net worth of $200,000. How did this amount come to be? Let’s take a look.

How did Joey Fatts Make His Money & Wealth? 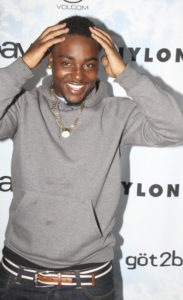 Born on August 3, 1991 in California, Joey Fatts (Real Name: Joey Vercher) spent his childhood in the Long Beach area with his older brother. Growing up, he indulged in sports- he was particularly fond of football, a hobby that he poured many hours into. Still, his family background was iffy at best; his mother was an alcoholic while his father was sent to jail when he was in fifth grade. Possibly due to the lack of parental guidance, Joey got involved in gang activity while he was still in grade school.

Later in his teens, Joey decided to move to Los Angeles to pursue his dreams of playing football. However he had one problem- he had no where to stay in the city. Improvising on the way, she ended up resting wherever he could whether it be at his girlfriend’s house, in the back of his ’86 Camaro or at a friend’s garage. Then, when he was sixteen, one of his closest friends died from a shooting; this event ultimately led him to be depressed.

With that, Joey ultimately gave up on his dream to play football; instead, he began to ganging with some of his friends. By the time he was in his last year of high school, the teen had been arrested for robbery and had quit the sport completely. From there, it was his cousin Vince Staples who first introduced Joey to the notion of rap. After some experimentation, he quickly realized that it was something that he could do.

Seeing as how he couldn’t get any music producers to make music for him, he decided to take matters into his own hands. In 2011, Joey recorded some songs on a stolen iMac. Later deciding to sell the computer, he met up with a buyer, A$ton Matthews at Burger King- a young man who happened to have similar rap dreams. Coming together with their mutual interests, Joey soon moved into Matthew’s garage and the two started to create beats together.

As one thing led to another, one of his songs ultimately found its way to ASAP Yams, the founder of ASAP Mob. From there, he was contacted by ASAP Rocky who wanted the teen to work with him on a song; Joey subsequently helped to produce the track, Jodye from his debut album. Shortly afterwards, he landed a record deal with Wacka Flocka Flame’s management company, 36 Brick House.

In August 2012, Joey dropped his debut mixtape titled, Chipper Jones. A surprise hit, it caused his follower count to go from the hundreds to the thousands in a matter of days on Twitter. His next mixtape, Chipper Jones Vol. 2 was released on May 29, 2013, also as a digital download. The third and final instalment of the Chipper Jones series was later made available in 2014.

Then on February 17, 2015, the rapper released his fourth mixtape dubbed, Ill Street Blues. Distributed through Cutthroat Records, it boasted seven tracks including Late Night, Same Shit (Feat. Curren$y), All We Got, Intro, Sunday, and How We Livin’. Since then, the 25-year-old has delivered one other mixtape, I’ll Call You Tomorrow on March 3, 2016.

Throughout his rap career, Joey has also collaborated with several other artists including Mike G, Larry Fisherman, Snoop Dogg, The Game, and Kilo Kish, to name a few. Some of said songs include, 3 Commandments, Crime Pays, Room Full of G’s, Lay Low, All Good, and Eastside.

Like most artists, Joey has also gone on a few tours since his debut in the early 2010’s. Just last year, he hit the road during the summer to perform at ten shows across the country. More recently this year, the rapper’s also performed several dates in the US from New York to Minnesota. Last month, he also entertained crowds at In The Venue in Salt Lake City, Utah.

Though not particularly active, it’s presumed that he’s also earned some extra income from his Youtube channel. While it’s still growing, it has managed to receive over 2 million views in the last five years. So far, his most popular upload, Joey Fatts Feat A$AP Rocky – Keep It G PT II has been streamed more than 421,000 times.

Currently it is estimated that Joey Fatts has a net worth of $200,000.

No, he is not married. Back in 2015, Joey was in a relationship with an unnamed girl- it’s unclear whether or not the two are still together as of 2017.

Does Joey Fatts Have Any Children?

No, Joey Fatts does not have any children that we know of.

Did Joey Fatts Go to College?

Although he aspired to play football at college for many years, Fatts ultimately did not end up achieving that dream. Having hung out with the wrong crowd, he was arrested for robbery by the time he was in twelfth grade.

Where Did Joey Fatts Get His Stage Name From?

The emcee’s stage name, “Joey Fatts” comes from the fact that his older brother was often called “Big Fatts” and him “Little Fatts” growing up.

Where Does Joey Fatts Live? Pictures of Joey Fatt’s House

We do not have any information or photos of Joey Fatt’s house at this time.

What Kind of Car Does Joey Fatts Drive?

Though it’s unclear what kind of vehicle he drives today, he owned a 1986 Camaro during his teens, which he had often slept out of after moving to Los Angeles.

How Much Did Joey Fatts Make Last Year?

Details on Joey Fatts’ 2016 income is unavailable at this time.